Artem Russakovsii of Oakland, California captured video on his home security video cameras of an Amazon Local delivery guy hurling a package up onto his balcony.

The angry homeowner posted the video on YouTube, with the question, ‘Hey Amazon, this is how your last mile delivery driver delivered my package today. Are you kidding me?’

The video shows the delivery man as he tosses the package up to a second-floor landing. He hits the railing and the package comes back down.

But, if at first, you don’t succeed… He picks the package up off the driveway and tosses it again. This time it lands where it was meant to.

Meanwhile, he takes a picture, perhaps it was to show that the package had been delivered.

But that’s not all, Artem’s wife was watching from the car. He posted their conversation on Twitter: 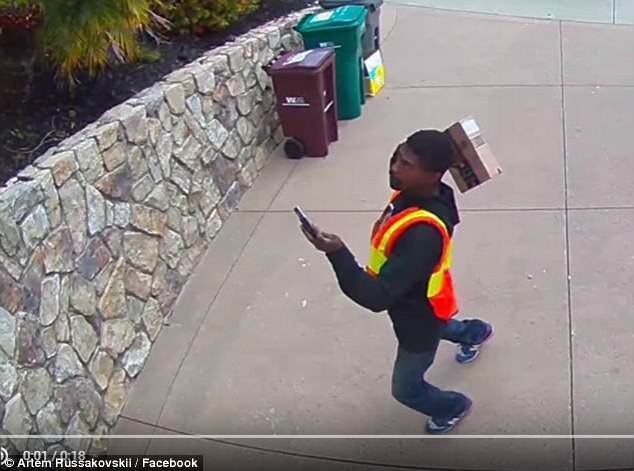 The security camera captures the delivery guy, phone in hand, as he tosses the Amazon package 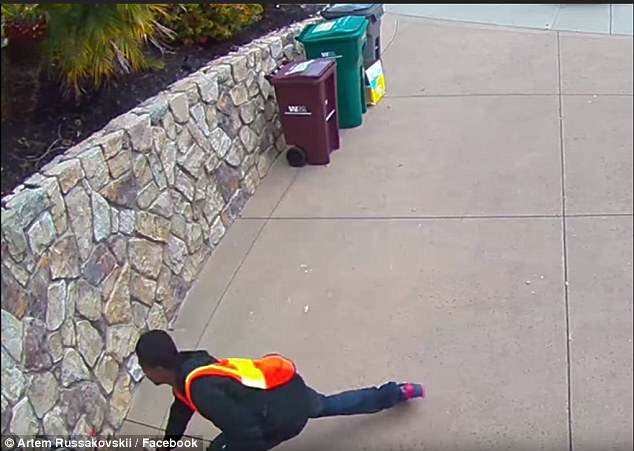 The delivery guy tried to catch it as it came tumbling down, but he missed and it hit the ground. 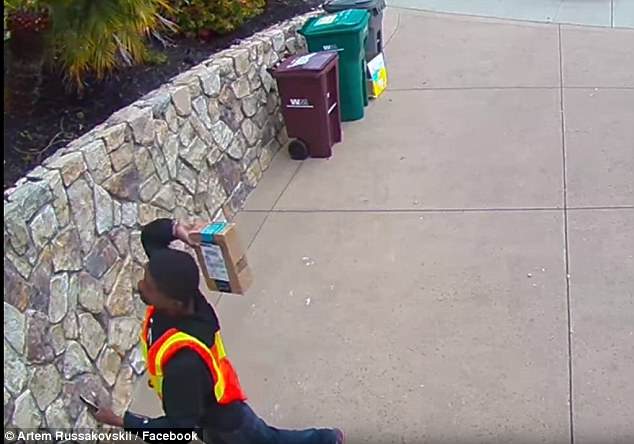 A second attempt and he manages to get it over the railing and onto the balcony.

In this picture, the package is right over the ‘n’ in a nest, as it makes its way over the railing to the door.

And then the delivery guy walks away.

The incident has been reported to Amazon, who delivered via their Amazon Local delivery system. Something tells me the owner probably won’t leave a good amazon review.

The videos have been viewed more than 10,000 times.