It was just another night for Duston until he got into his apartment.   He ends up finding his girlfriend sleeping in their bed with some random person…

He could’ve flown off the handle and lost it.  He could’ve done something incredibly dumb and possibly gone to jail, but he comes up with another idea to have a photoshoot of all of them.  This is surely the better option, considering the crappy situation.

After that he uploaded all the pics to FB and social media. 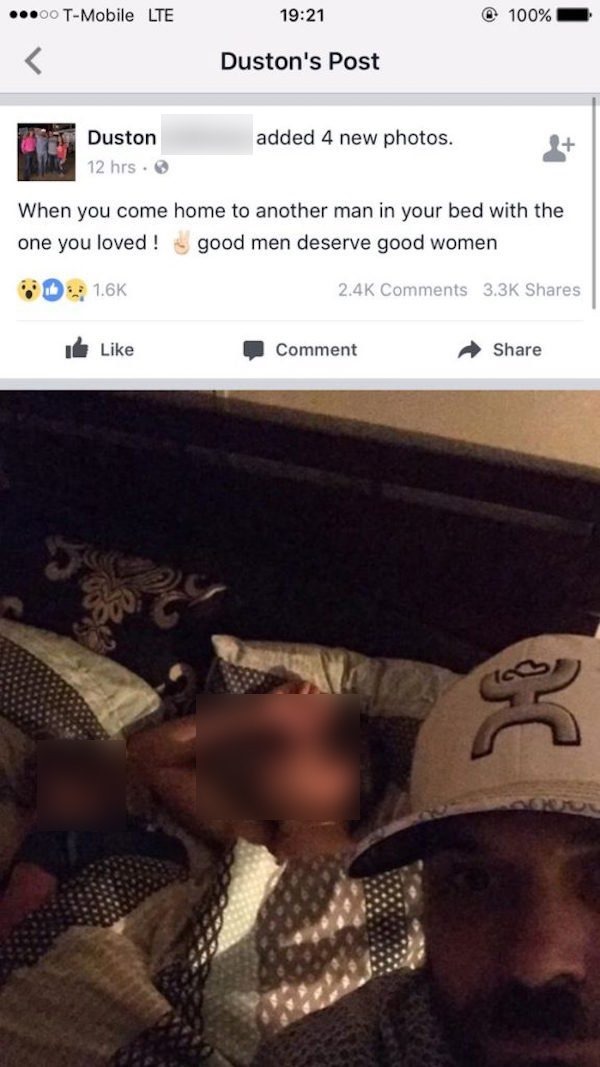 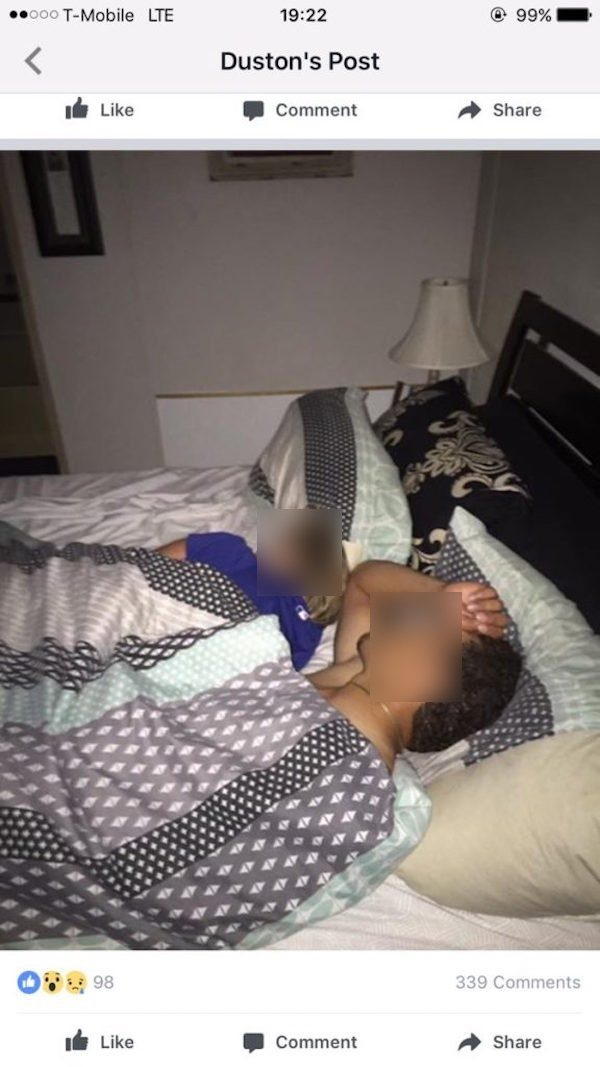 Evidence of the cheaters, for everyone to see. 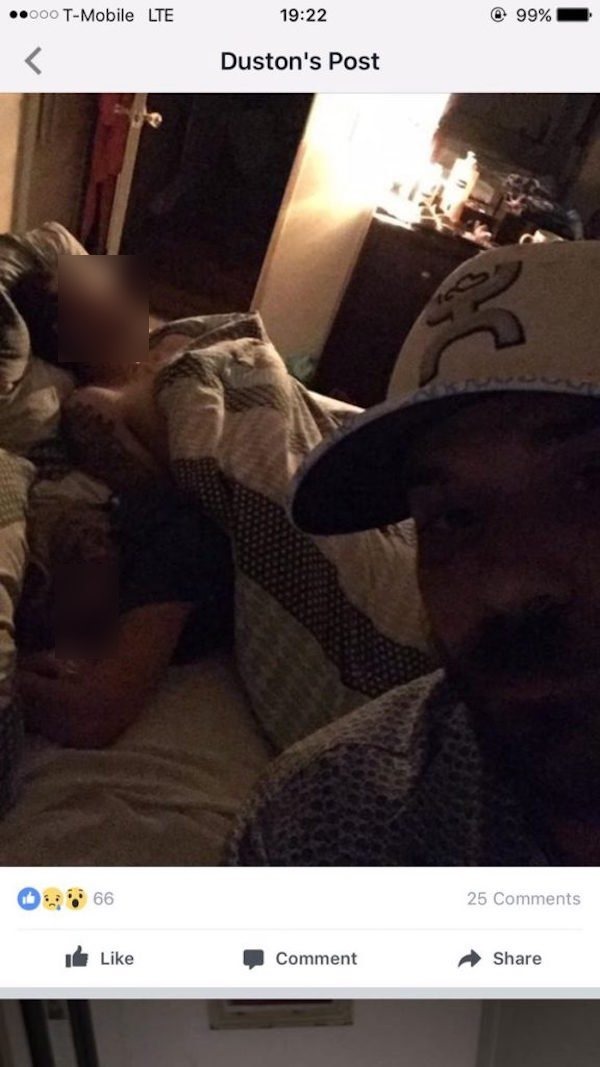 Here’s one with his mug in it. 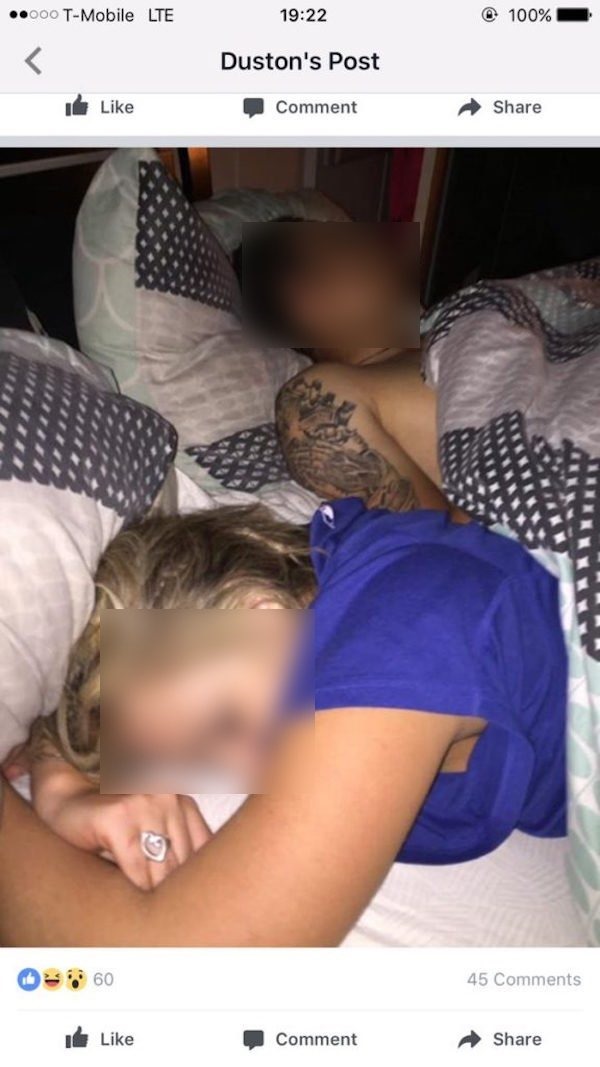 Close up of his ex-lady, shame. 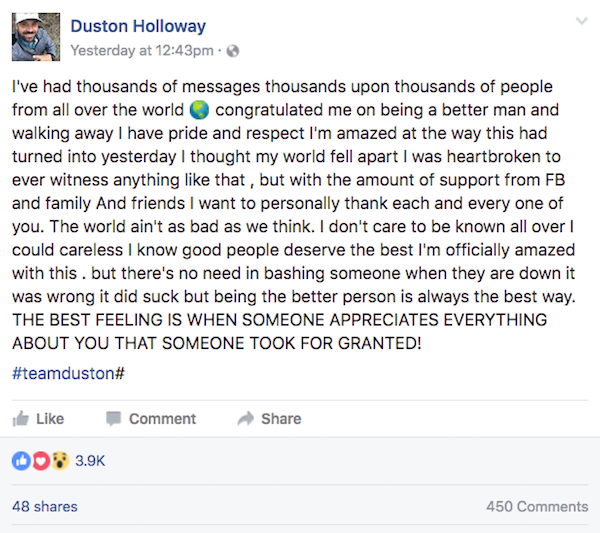 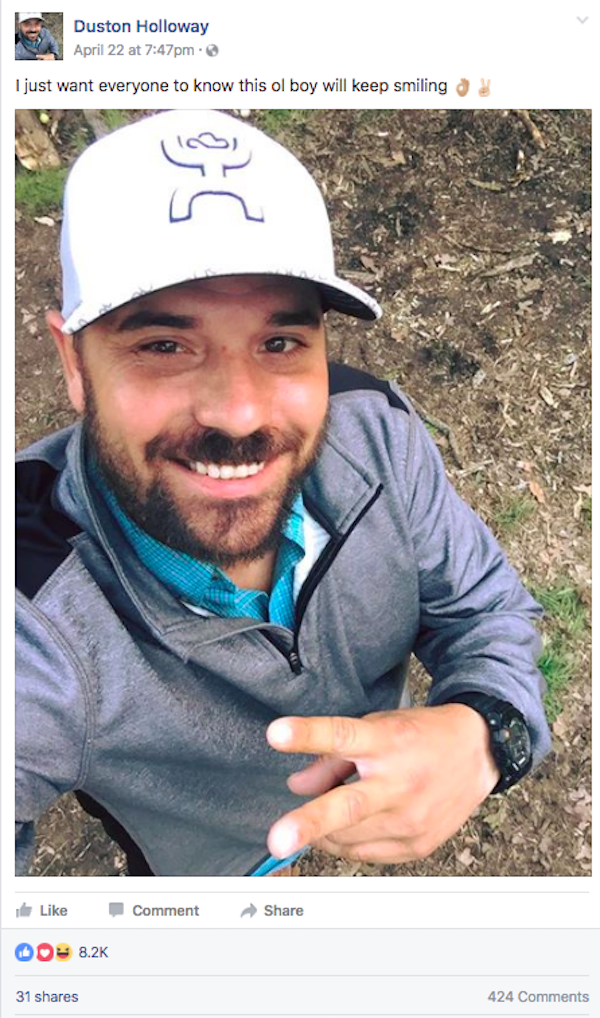 His posts and comments got over 9k reactions before he ultimately took a few of his posts down.  Duston got a lot of support and comments about handling the situation as he did.  It could’ve been a lot worse for sure.