Two U.K. parents claim they saw a childlike ghost figure in the bed sleeping next to their 18-month-old child.

Dean Evans, 42, and Laura Haigh, 39, said they were both checking on their son, Sebastian, through the baby monitor when they saw the figure laying down next to him. Evans was certain it was just a teddy bear Sebastian had taken to bed with him and went to investigate with the baby monitor in hand. 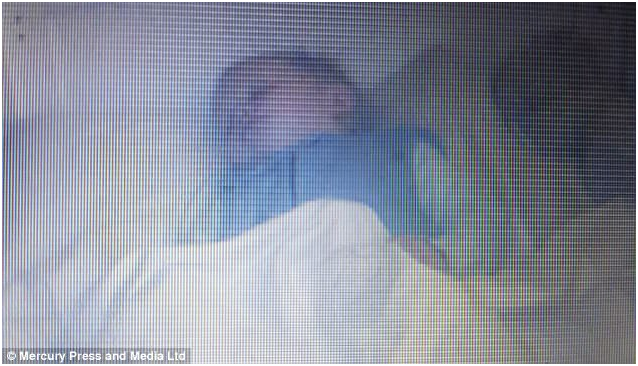 However, Evans said he went to the room and saw… nothing.

Haigh said Evans was a bit flabbergasted that there was nothing there physically not to Sebastian, but the monitor showed something was indeed there. He was a bit spooked, she said, because he doesn’t believe in the paranormal/supernatural. 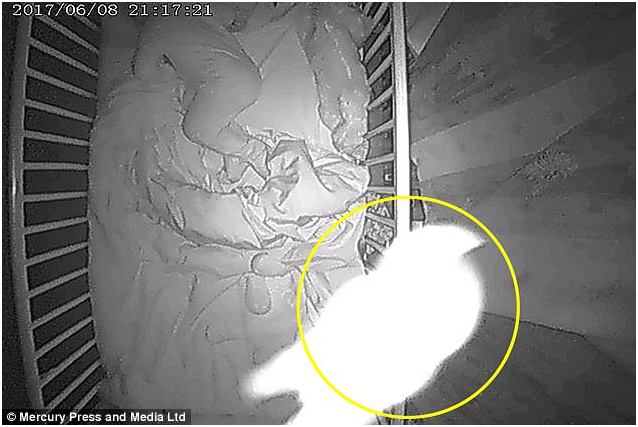 Haigh said she’s not alarmed by the figure because if it were going to harm her child, Sebastian would likely have been upset. She said the couple has often seen Sebastian waving and smiling at things in his room. Haigh said Sebastian appeared to cuddle something unseen one time, which means whatever the figure is, it’s not out to harm the child.

She said she’s not alarmed or uneasy about these things.

Haigh said it’s not only Sebastian’s room that appears to have these supernatural visits. She’s seen and had some unusual occurrences in the rest of the home too. Haigh said photos will be off the wall or turned upside down. Things keep disappearing even when if they know the objects were there seconds ago. She said they’ve even seen orbs and background shadows in pictures.

Haigh said she’s even heard children running up the stairs, even though there’s no one else home. She’s even sure that somebody called to her when she’s home alone.

However, the jury is still out with Evans. He may have opened his mind up a little, but still thinks it’s all hocus pocus. Haigh said he doesn’t talk much about it all because it freaks him out. Haigh said her mind is open. In the past, she said, she was a skeptic, but not anymore.