A man from Montana named Mike Potter saw the most unusual thing on the side of a road in Whitefish, MT. It involved a black bear allegedly carrying around a laptop computer.  Potter posted the video and post to his FB 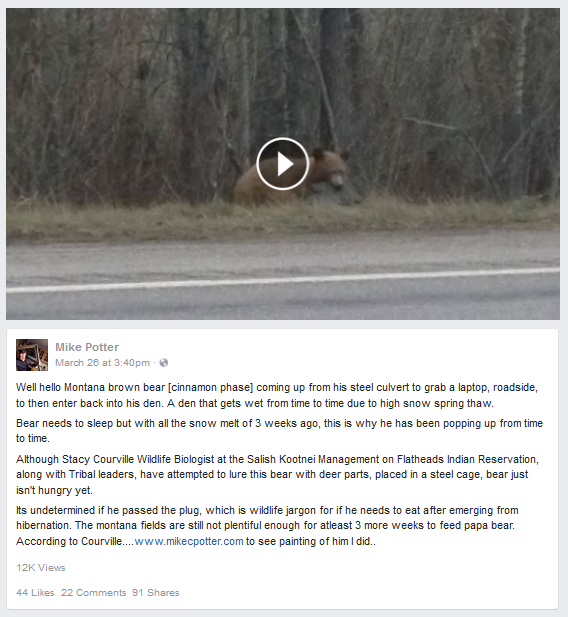 The man explained to MTN News:

“It was a Montana moment I’ll never forget, I mean I grew up here in Whitefish, Montana and when I saw that, that is what makes Montana great”

There were many people commenting on Potter’s video who said it was a piece of wood that looked a lot like a laptop. The Montanan is sticking by his original id of a laptop though.

“As I drew focus and zoomed in with my phone, I could see it clearer. And then when I was editing the video the next morning, I zoomed in at 100-percent and it just appeared to have a little micro-logo on it and shading right where a laptop would fold”

source [1][2]
What do you think?  Share this with your friends and let them know!