Events and stories regarding bullying are never initially desired, but when they have a good resolution they can really end up making a difference.

A designer now in his mid-30s who lives in Hollywood had an unexpected event happen to him after many years had passed.  Chad Michael Morrisette, a victim of relentless bullying as he grew up, seemed to never stop dealing with people who picked on him. 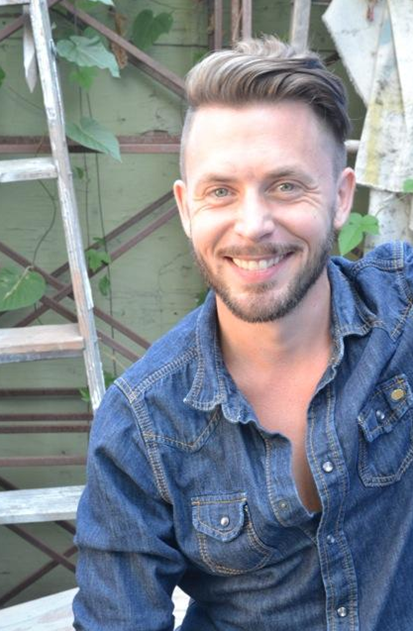 After decades, a man named Louie Amundson came to a revelation that he needed to apologize to Chad for his past transgressions.  Louie was one of the bullies who constantly would pick on Chad, yelling threats at him and stalking him in the hallways during junior high school.

Chad had all but forgotten about a lot of his teenage years and the damaging memories associated with them, that is until he checked his messages on Facebook one morning.

He woke up to a message from Louie: 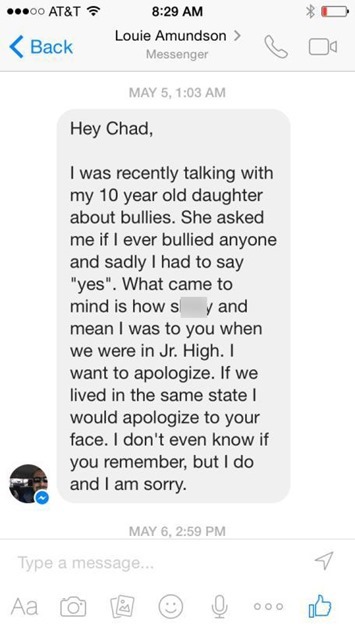 Chad stated he couldn’t exactly recall Louie specifically, but that his message was so moving he started to cry.  “It unlocked something in me I didn’t realize I’d been holding onto,” Morrisette recalled.

Chad replied to Louie after a couple days: 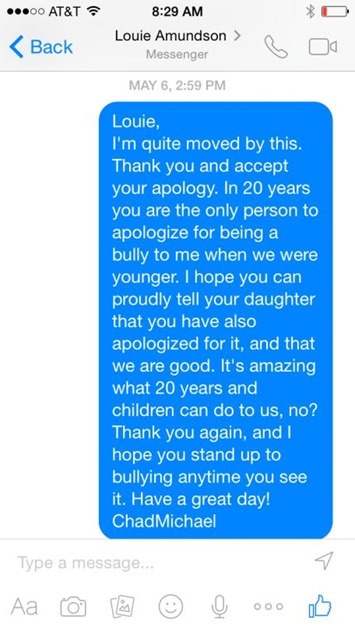 Then Louie thanked him for his forgiveness. 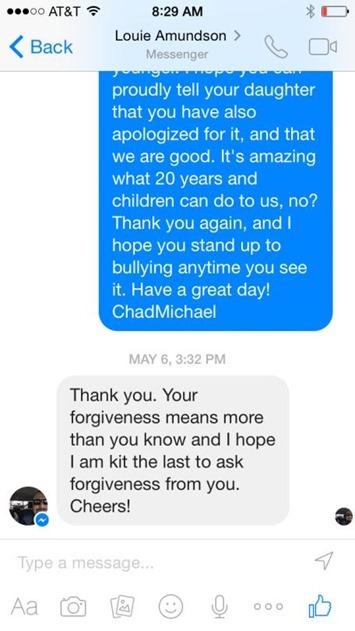 Louie said that he made the apology not expecting one in return.  He concluded, “I owed him that apology, he did not owe me his forgiveness. The fact that he was able to forgive me showed that I may have been the bigger kid, but he is the bigger man.”  Chad posted this online to support all those who are ganged up on by bullies, and to also help bullies change their hearts and minds.

Chad summarized the event by stating making an apology and that it’s “never too late.”