We seem to see a news story almost daily on another episode of grade school kids bullying or harassing another student, often to the point where the victim can no longer handle going to school. So it was a surprise to one New Jersey school bus driver when she witnessed the kind actions of two children so consistently, that she felt compelled to tell their parents via an open letter what a great job they had done raising their kids. 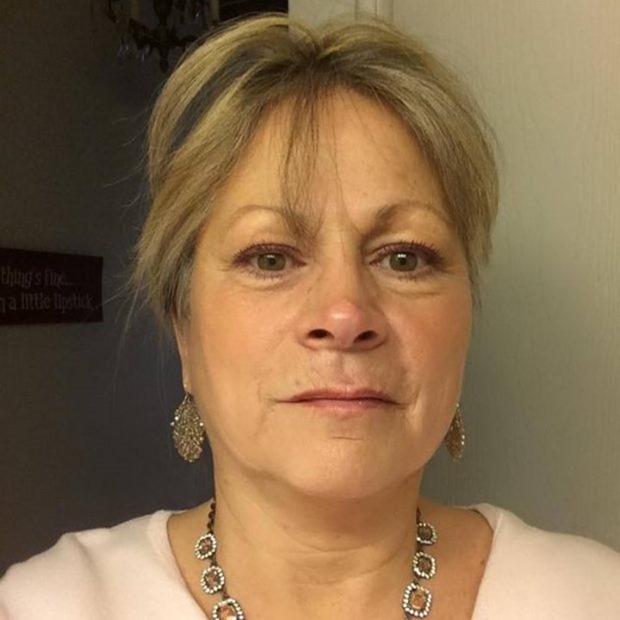 What had shocked Cindy Clausen, the bus driver, enough to drive her to write out the note and post it on social media? The two kids, sister, and brother, showed exceptional kindness to a student with disabilities, the opposite of what we seem to hear so much of these days when kids can be very cruel to ones who are disabled.

Jorge and Annaliese, the two siblings, had taken Jackson, the disabled boy, somewhat under their wing, it seems. Writing the open letter on Facebook, Clausen said: “Every day your children ask if they can sit with Jackson. Some days Jackson is a little sad getting on the bus, but as soon as he sees Annaliese and Jorge, he smiles. Jackson has difficulties walking and it takes a bit for him to get to his seat.” 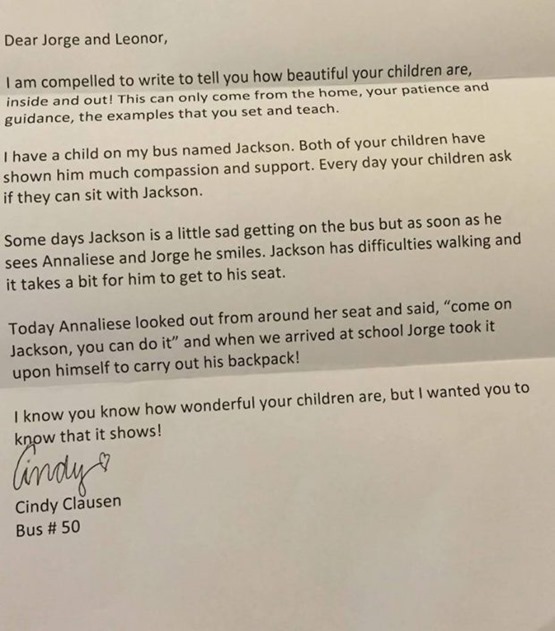 The bus driver said that the children often encouraged Jackson, even telling him “You can do it!” on days when he seemed to be having difficulty walking to his seat.

“I am compelled to write to tell you how beautiful your children are, inside and out! This can only come from the home, your patience and guidance, the examples that you set and teach,” Cindy said in her praise of the kids and their parents.