One of the most challenging aspects of modern life is trying to balance our work and home lives. For any mother, leaving your child with a caretaker or in day care can be fraught with anxiety. But if you’re the mother of a special needs child, naturally that trepidation escalates.

For Tiffany Fields of Kentucky, walking away from her four-year-old son Luke was the hardest part of her work day. That’s because the boy suffers from Downs syndrome, epilepsy, and a heart defect, making 24-hour supervised care mandatory.

Mrs. Fields used a nanny service for this purpose, but after Lillian D. White was sent in to care for her son, the young mother noticed changes in Luke’s behavior. Suspicious, she set up a covert nanny cam, and her very worst fears were realized.

As a now much-publicized video clip horrifyingly demonstrates, White dragged the boy around and called him offensive names. The heavyset woman even sat on the helpless child’s face when he struggled as she put on his pants.

“You’re not going to kick me, ‘cause I’m sitting on top of you,” White said, who appears to easily weigh 200 pounds or more. 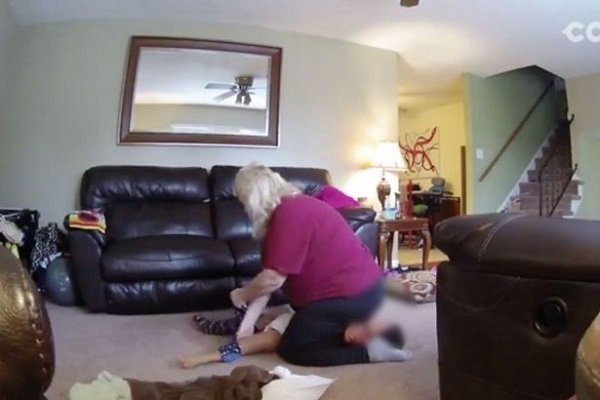 Armed with the disturbing evidence, Fields went to authorities, and White was taken into custody on October 3. She was charged with second-degree criminal abuse. As of this writing, she has been released on bond and via her attorney has entered a plea of not guilty.

But with such powerful and unsettling visual evidence, it’s likely that White’s legal counsel will have an uphill battle keeping her out of jail.

Meanwhile, the agency that sent White to the Fields household for Luke’s care says they are doing their own investigation into the matter.