This woman wanted to teach her boyfriend a lesson, and when the circumstances didn’t agree with her plan, she was quick to change her strategy.

Shocking footage shows the moment the woman unleashes an attack on her cheating boyfriend’s black car.

First, she tries breaking the windows by hitting them repeatedly and at full-force with a big rock.

Dedicated: A woman was filmed repeatedly hitting her cheating boyfriend’s car with a rock

People can be heard gasping in the background as the woman continues the attack.

The windows, however, appear to be bullet-proof and thus resistant to the hits.

But the woman still managed to get her revenge, and the video’s next frame shows the vehicle in flames and firemen arriving at the scene.

The location of the video and the woman’s identity remain unknown. 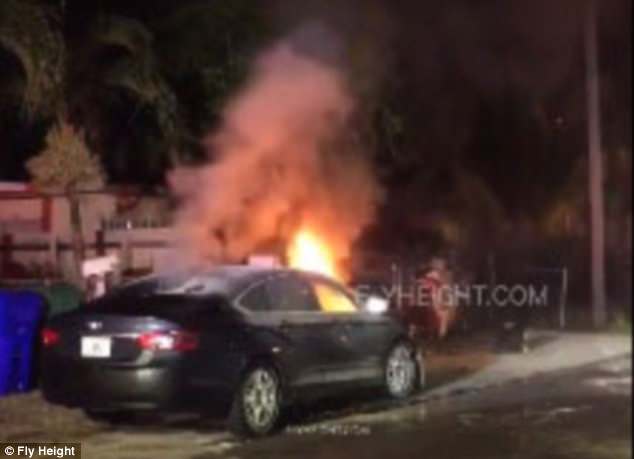 Up in flames: When the woman failed to smash the windows, she appears to have lit the man’s car on fire 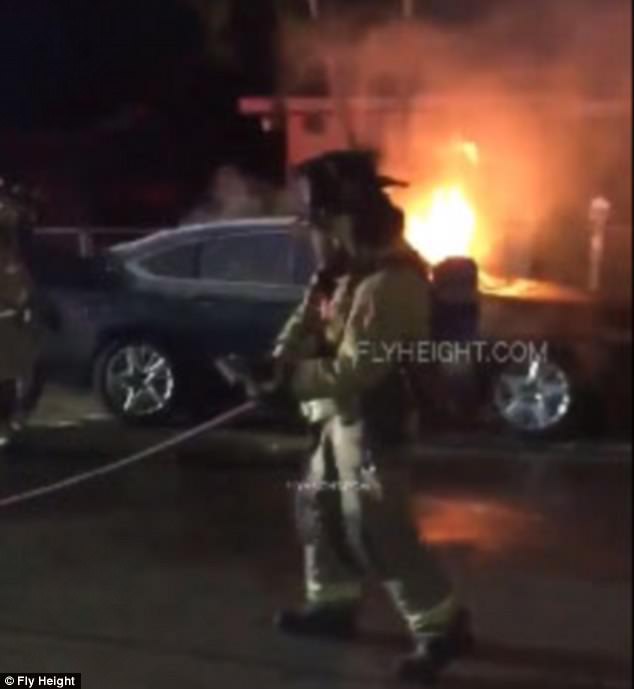 That escalated quickly: The video shows firemen arriving at the scene