A 62-year-old Florida mother has been charged with manslaughter after her newborn baby girl died by the hands of her six-year-old brother. 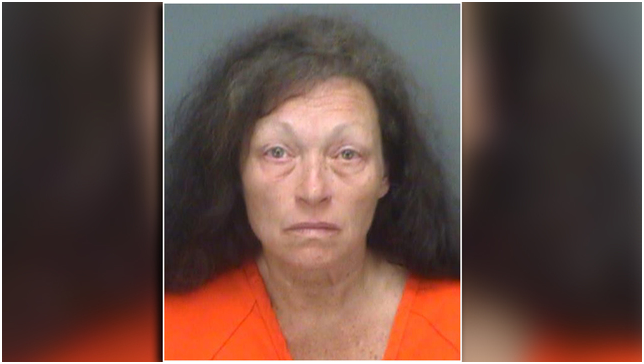 According to police, Kathleen Marie Steele, left her two-week-old infant with her six-year-old and three-year-old sons while going into a cell phone store to repair her phone. During that time, police say the infant started crying and the six-year-old child removed her from the seat, shook the baby and threw her head up against the vehicle’s ceiling.

Bob Gualtieri, Pinellas County sheriff, said the little boy pummeled his sister, throwing her around like a rag doll.

According to Gualtieri, it’s the worst thing he’s ever seen. He said the baby looked beaten, traumatized and had swelling in her face. He said the infant’s skull had several cracks.

Gualtieri said when Steele came back to the van, the six-year-old (who has behavioral problems) told his mother that the baby was hurt. However, Steele ignored the matter and went to a car rental business to continue the van’s contract. The boy told Steele was once that the baby wasn’t well. Steele decided to call a neighbor who was also a nurse. The nurse met Steele at a hotel to look at the infant. 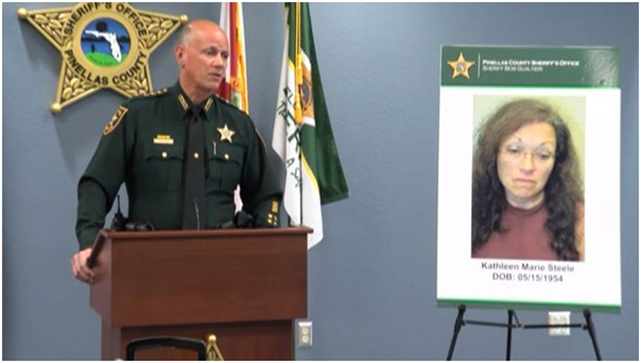 Upon arrival to the scene, paramedics told police Steele appeared unconcerned for the infant’s health. Instead, they said, she put groceries away as the paramedics tried to revive the little girl.

According to the autopsy, the infant suffered multiple skull fractures and severe head trauma.

The detectives had asked the little boy to show them – using a doll – what he did with his baby sister. Gualtieri said the acts he carried out were extremely violent, which included slamming the doll.

Steele was charged with aggravated manslaughter. Due to the nature of his age, her six-year-old son is not going to be criminally charged. Both boys remain in the custody of child services.

Gualtieri said Steele was artificially inseminated using her dead husband’s sperm but was ill-equipped to handle a baby. He said both boys were constantly unsupervised and causing trouble. Gualtieri said the kids were not well-cared for and abused.