One unusual school task including topics such as slavery and colonialism caused a lot of adverse reactions at South Mountain Elementary School in South Orange, New Jersey. Parents were revolted by the whole concept especially by the posters they saw at school.

Students had to make posters with the names of available slaves, as well as the shocking drawings and insulting descriptions such as “fine house girl” and “all slaves raised on the plantation of John Carter.” 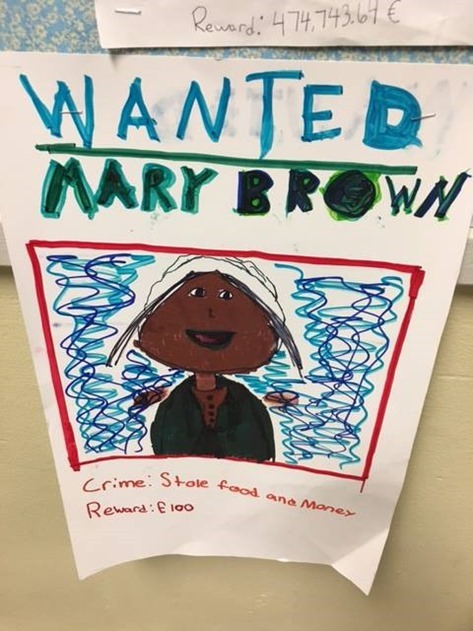 “That’s crazy, and I don’t think they should’ve done that,” said one of the parents, Glenn Conover. “That’s disrespectful, first of all, to any of the black kids in the school.” 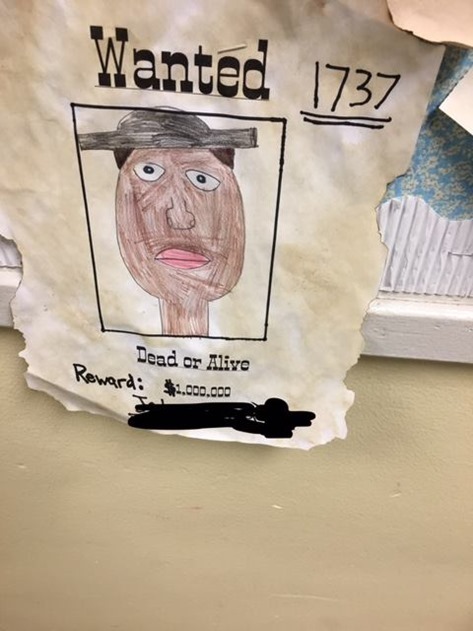 Jamil Karriem shared the shameful posters’ images on Facebook. He expressed his opinion and asked the Facebook community to raise their voice against these posters and to contact the school authorities. 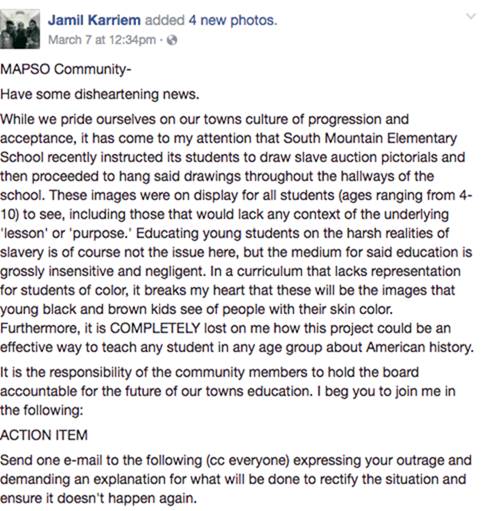 John Ramos, the superintendent said: “The purpose of the advertisement exercise was to examine what life was really like at the time in the colony which they chose to study, and then synthesize what they learned by creating an image that would have been commonly seen.” 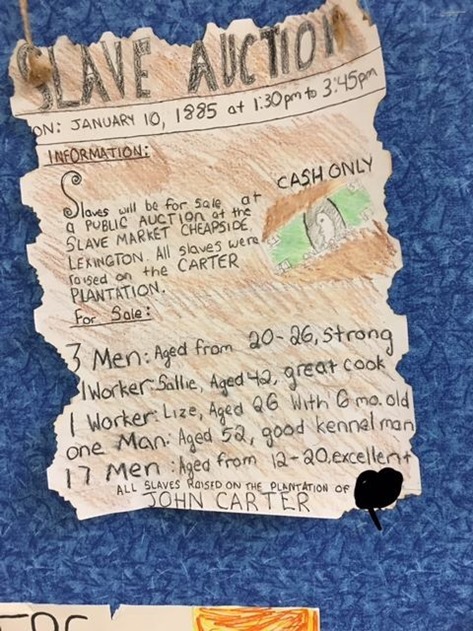 In a pretty calm manner, Ramos explained that the posters have their educational purpose as well as other parts of this project. 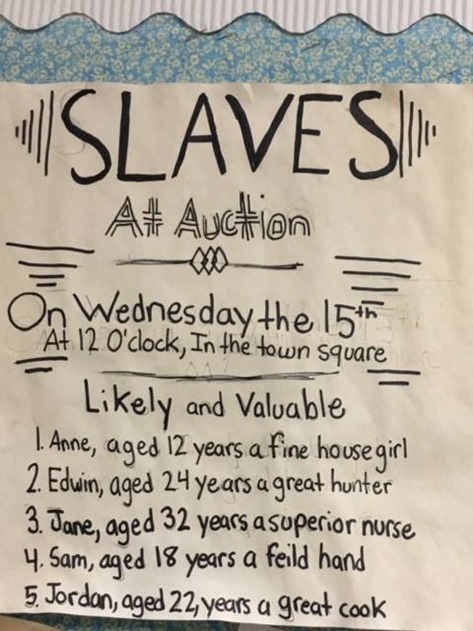 “We completely understand how disturbing these images are, and why parents were upset. This was exacerbated by the fact that the displays did not include an explanation of the assignment or its learning objectives,” Ramos said.

On the other hand, the school removed these posters and the authorities made an apology to parents.

Since this project provoked polemic and great public attention, including Facebook, its destiny will be discussed and decided at the town hall conference. 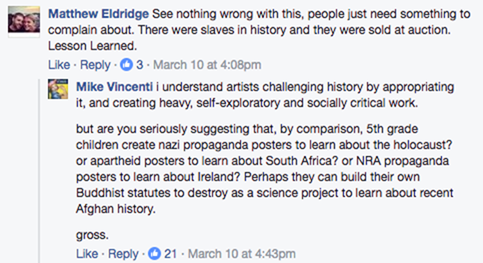 Ramos also said: “Some families are supportive of the example of a slave auction poster included in the assignment because they see it as an important opportunity to examine this shameful and too-often ignored chapter of American history.”

“Others are disturbed that elementary students were being asked to put themselves in the virtual shoes of people who subjugated others.”

What do you think?