However, one hungry Texas State University student decided to do something unconventional when they were hungry. Em and Madelynn, the roommate, decided to put in a sign in the dorm room window, which read “BRING FOOD 449.” 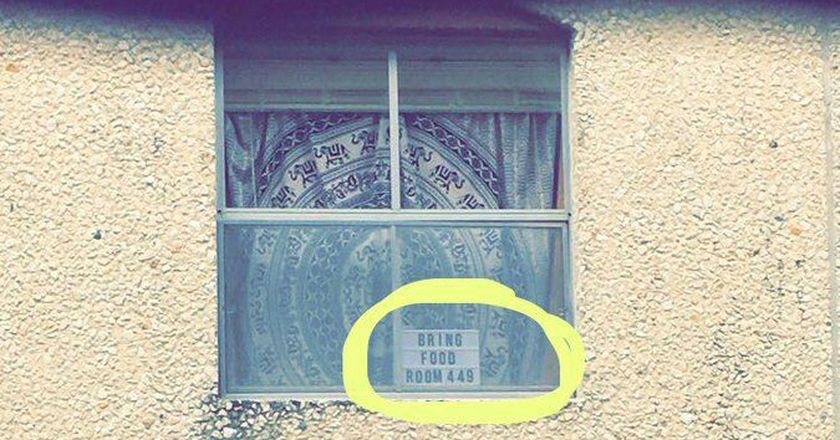 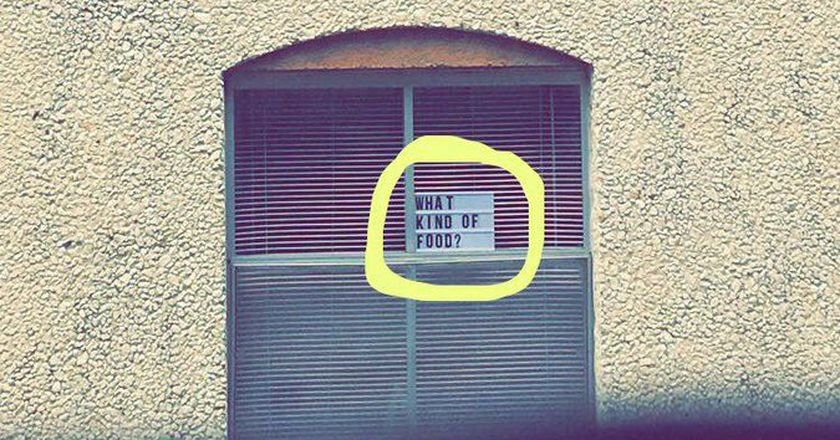 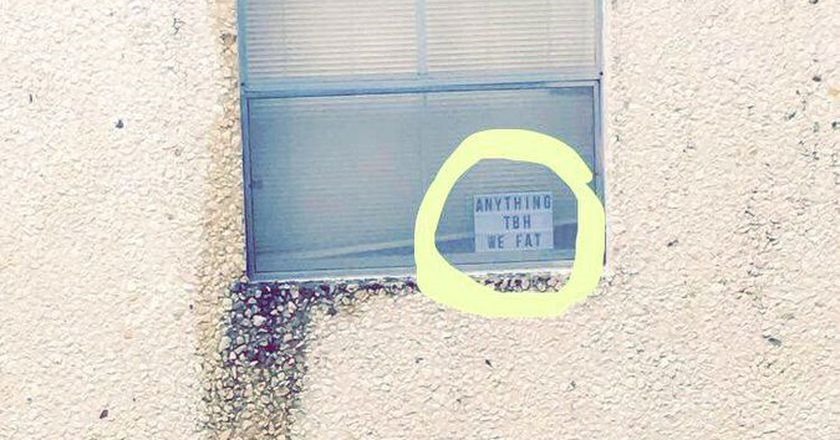 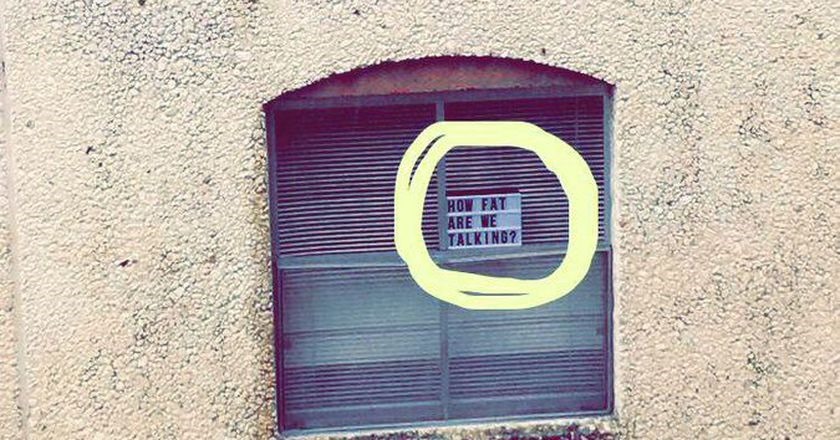 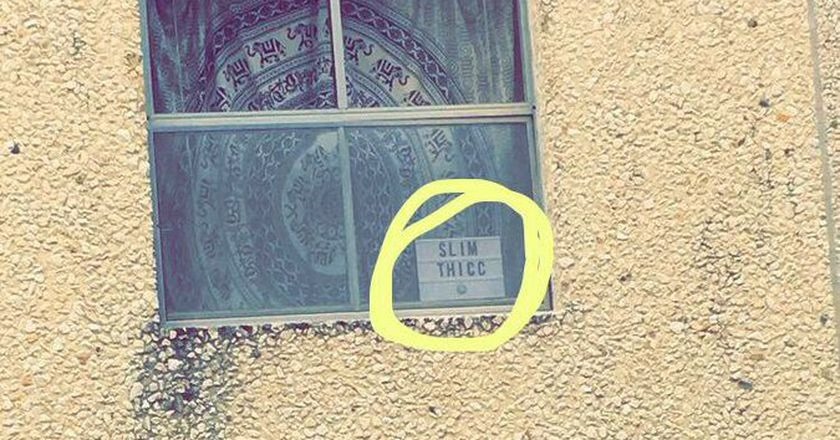 The boys’ downstairs left them a note in the window “What kind of food?”

The pair replied back, “Anything TBH. We Fat.”

The boys wrote back, “How fat are we talking?”

Suddenly, it didn’t seem to be about food anymore.

The boys’ next sign read “Wit Yo Cute A…”

The window exchange was shared via Twitter, which garnered more than 330,000 likes and 93,000 retweets.