Common core has been a contested topic in schools for the past several years.  Many parents and teachers think it’s more confusing than the original ways of educating students, which makes it seem unnecessary.  That’s evidenced by this particular example where the student informs the teacher that 10 can’t be made with 8 and 5. 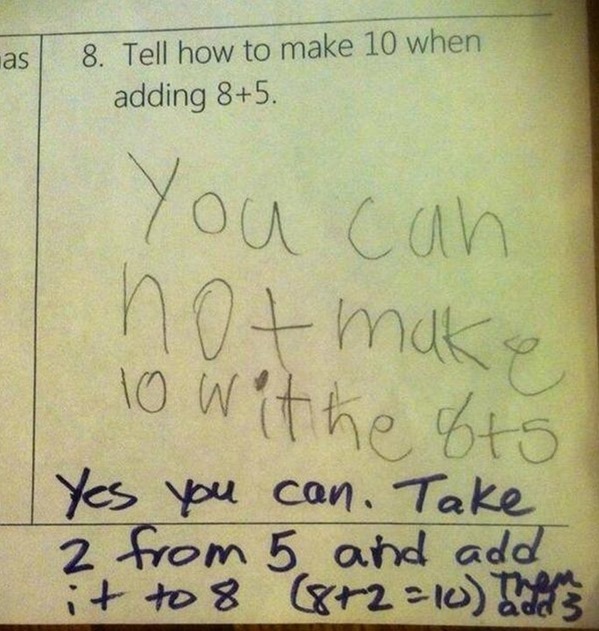 And here is a parent who has a high-level engineering degree who can’t understand the point of doing common core math.  He states how much simpler the original ways of learning math are, vs. the newer methods and how it would result in someone being terminated if it was used in his field. 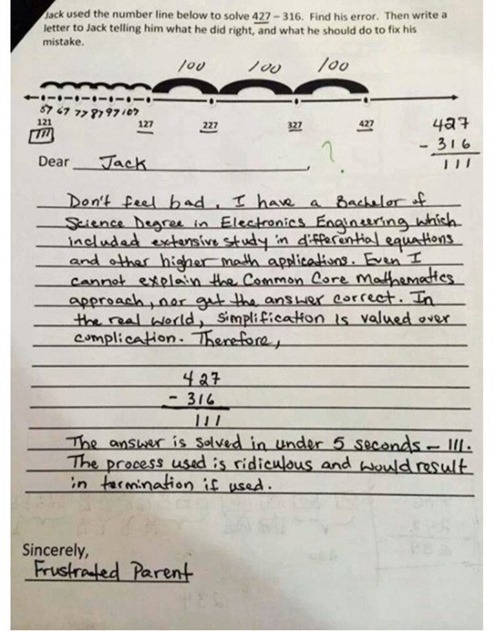 Then came one of the most provocative examples of putting common core math on display.  A man named Douglas A. (blanked out) from Ohio apparently wasn’t too fond of common core and decided to turn it around at the Elementary school.  Now when the school goes to the bank, the person cashing the check would have to explain the numbers and process to the teller.

Here’s a map of states in the U.S. that have adopted common core: 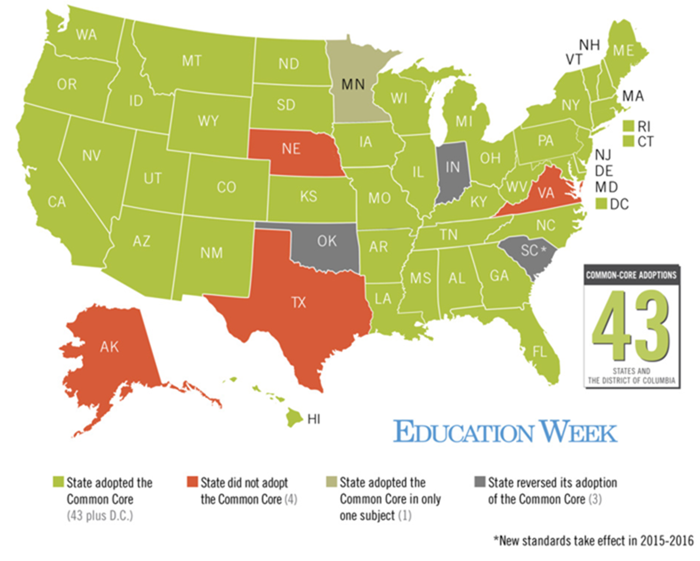