Lauren Ansell lives in Queensland, Australia and was cooking dinner one night with her boyfriend when they have an unexpected visitor come to the door.

A huntsman spider, which is about as a big as a dinner plate, was in no mood to play around, turning the couple’s quiet dinner plans into ones only scary movies could imagine up. Huntsman spiders are not deadly to humans, but they can bite if they’re irritated enough. The couple said they tried moving him, but he wasn’t having any of it. 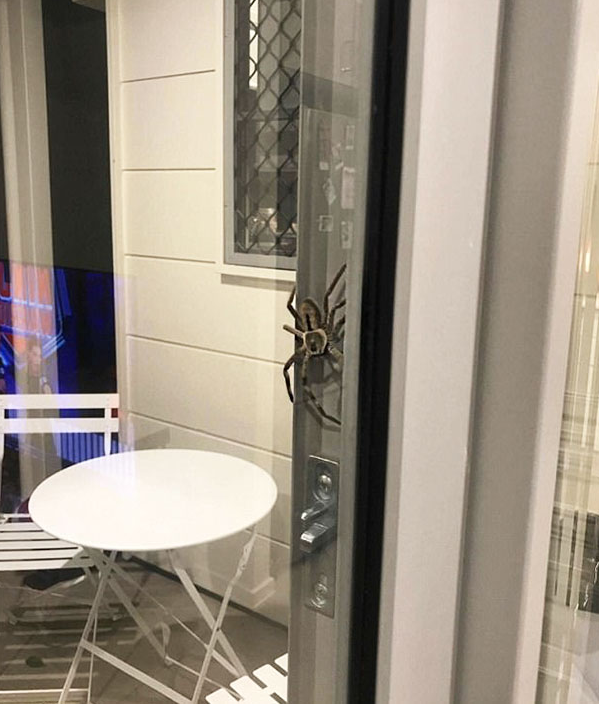 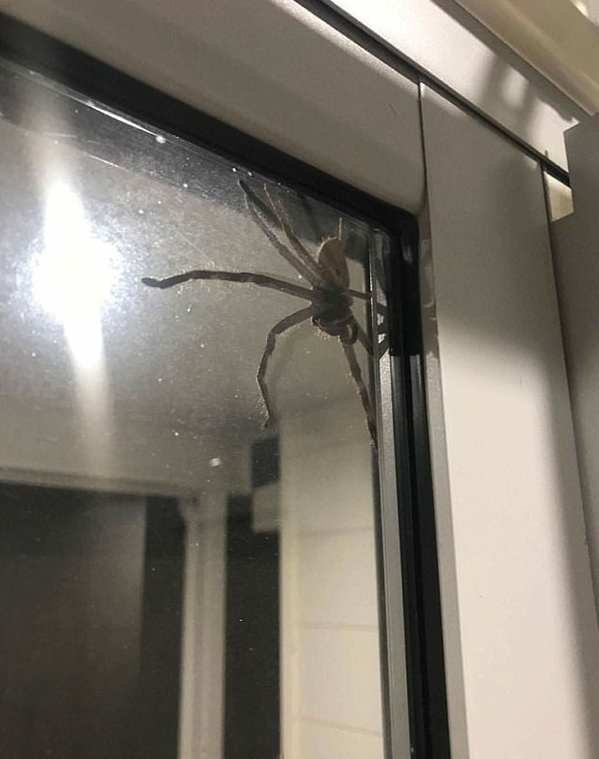 The couple’s cat, which was seen in a viral video, appeared to be afraid of the eight-legged “freak.”

Ansell said she and her boyfriend called the spider “Aragog” – the spider from the Harry Potter books. Ansell’s boyfriend, in an attempt to end the stand-off, tried to crush the spider with the glass door. However, “Aragog” finally retreated to tend to his minor wounds, but one has to wonder if the massive spider is going to come back to attack again.

Of course, people have been quick to say the couple just need to burn their home down.

According to one viewer, she’s lived in Australia for 11 years and never saw a big spider like that. And, if she did, she’d be on the first plane back to the United Kingdom.

Another viewer said the couple needs to get rid of the home because, where there is one, there are tons more. Many people who are not scared of spiders don’t think it’s a big deal, she said, but she thinks differently.

Another viewer said she’d also be on the next plane out, letting the spider have the house.