Natalie Finn, 16, from Des Monies, Iowa died in a terrible condition of starvation which caused a heart attack. The police ended up finding the girl lying on the bedroom floor last October in 2016. She had been wearing diapers for adults.

Chris Morgan, a local detective said in his statement that the girl “appeared to have been laying on the floor…in her own waste for some time”. The girl was overwhelmed with the smell of animal and her own waste. The blankets around her were soaked by urine.

“Many animals roamed freely, including well over a dozen kittens and cats,” detective Morgan said, “There were numerous kennels with dogs scattered inside the residence.”

Police also found the other three children. They were underweight but somehow managed to survive. All of them were successfully adopted.

The police arrested Natalie’s mother, Nicole Finn, 42. She was accused of a first-degree murder.

The police also arrested Joseph Finn, Nicole’s ex-husband. He was charged with kidnapping, abuse, and neglect of the children. 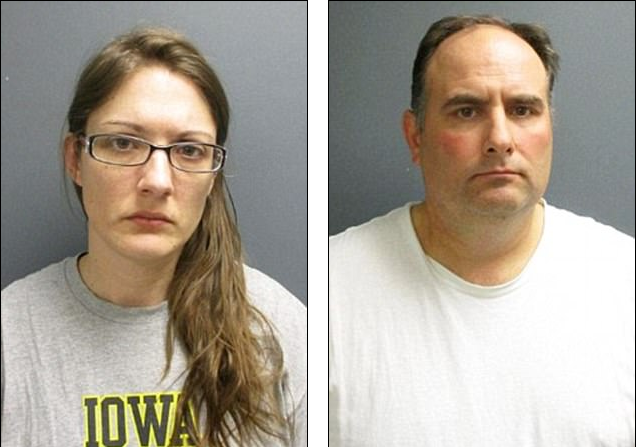 After he had received the confidential documents from this case, Matt McCoy, the state Senator said:”What happened to not only Natalie but her siblings was preventable.”

It turns out that social workers visited this family. Though they saw Natalie was underweight, they concluded that the girl was refusing to eat for some reason.

The police also found out that Finn not only kept the children locked in the house but she also starved and tortured the children.

Many people were revolted by this story and expressed their opinion that parents should be punished as much as the law allows.

“Punishment should be an eye for an eye for abuse and murder of children and animals! Neither are capable of defending themselves and are at the mercy of their abusers! That poor innocent girl must have suffered terribly!” said one of the Facebook followers.

What do you think about this?  Start a conversation by pressing SHARE below