A Griffin, Georgia woman was moved to tears after watching what her young nephew help an elderly woman at the local dollar store.

Connie Bell Jenkins Sweet said she and her nephew, Senquavious Davis, 17, spotted an elderly woman attempting to get out of her vehicle but was having difficulties getting to the sidewalk.

According to Sweet, Davis felt he could assist the old woman, especially when he noticed she was about to fall. She said her nephew immediately got out of the car to help the elderly woman out. Sweet said she watched her nephew help the woman into the store, did her shopping with her and get her back to the vehicle.

Sweet said the old woman just wanted a soda but was practically unable to get into the store. 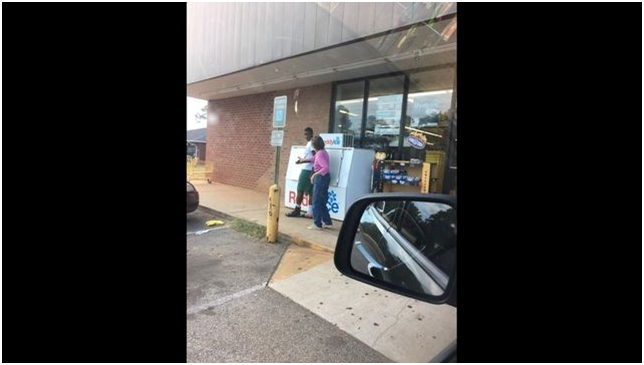 The old woman told Davis that she was 81 and she had recently injured her back and face in a fall.

Sweet said she took pictures of her nephew helping the woman and was proud of him. She said he had no hesitation to assist her, and it makes her happy that he was willing to do that. 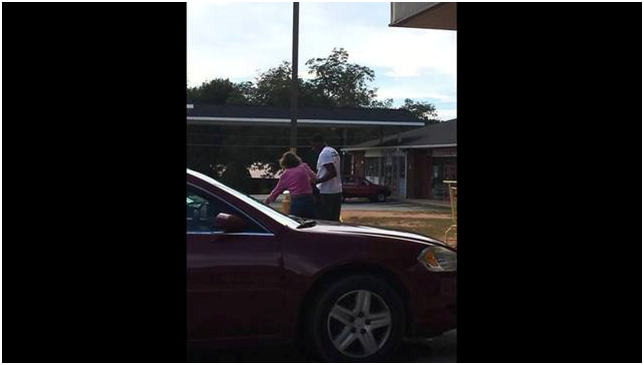 The 81-year-old profusely thanked Davis for his assistance.

Sweet said she has a great nephew and hope he’ll continue doing good things like this in his life.

Check out the video below: