Since the beginning of school, children have gotten bored to tears in class and seek attention. When that happens they become willing to engage in pointless, dangerous activities that originate from peer pressure.

As everyone witnessed the ice challenge, these types of ridiculous contests carry true consequences that ought to be worrying for moms and dads.

So now, another one is becoming popular, so teachers, parents along with students should understand its risks.

This new challenge of stupidity is known as the eraser challenge, and, just like the other ones, it’s harmful and results in a horrible burn and likely a scar.

This challenge’s “rules” are straightforward: The student rubs an eraser on their hand or skin as they say the alphabet.

As the youngsters are sidetracked reciting the alphabet, they become unaware of what is happening on their skin. What is happening is that it is burning and producing a horrible blister as well as creating an open cut. Of course, it gets worse because this wound can become infected.

Due to the age of facebook, twitter and the rest of the internet, the most dangerous facet of this detrimental challenge arises from revealing your scars as you post them on social networks. 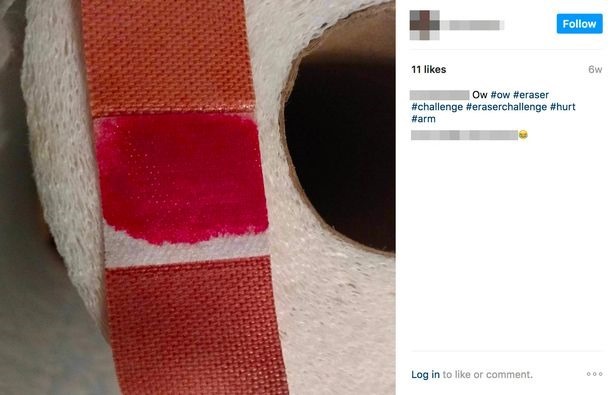 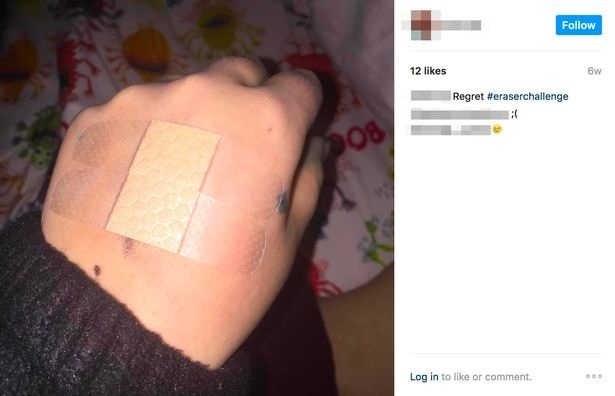 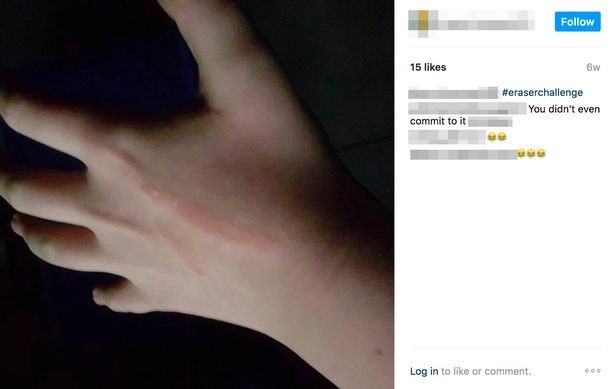 The extremely frightening aspect of it is that it appears in the photos that the students have been attempting to cause maximum damage for recognition. Like, whoever causes the most damage “wins”. Of course, no one wins. 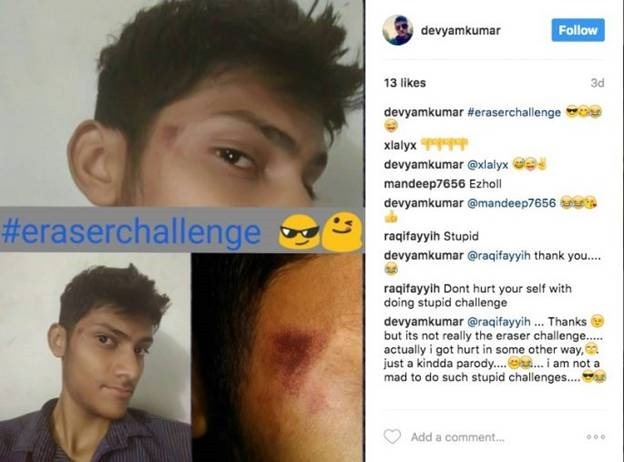 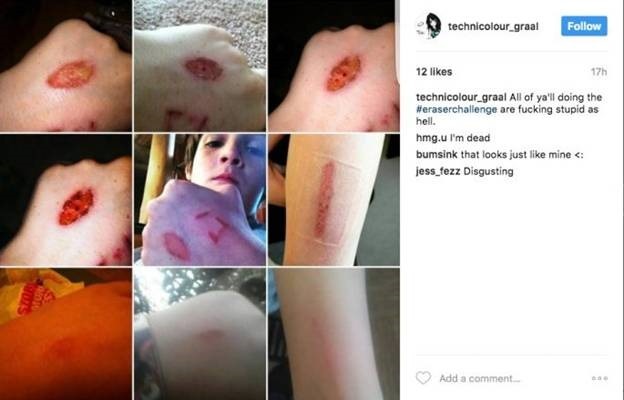 Many are declaring that the challenge has existed for decades, however the opportunity to reveal the nasty snapshots of their wounds on the internet has provided this challenge with a much larger amount of viewers and recognition.

Almost anyone could see that this is unnecessary and destructive, but one should never ignore the forces of groupthink, pressure from peers, and internet recognition.

Many have experienced the harm it has the potential to do, however, they still continue doing it. So telling children and students that it’s not acceptable and to steer clear of those who are carelessly taking part in the challenge may help them stay away if a sound judgment isn’t doing the job.

There are many students understanding not to participate, but it’s really far too late. One individual who observed the challenge said:

“This made me very sad, but satisfied as the boy told me how badly his arm hurt many days later and how he would never try anything like that again.”