A few days back at the beginning of this week, Alfonso Riberio who starred as Carlton on the hit TV show, The Fresh Prince Of Bel Air, had put a picture of the cast reunited in person to his Instagram. 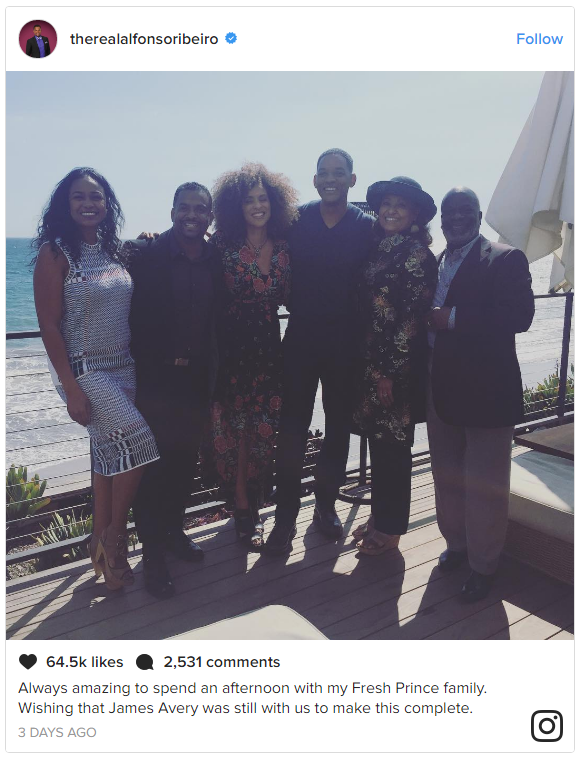 The pic had himself, Will Smith, and several other prominent cast members, minus James Avery who was “Uncle Phil” and Janet Hubert who played “Aunt Viv”.  Avery suffered complications during open heart surgery 3 years ago and passed January 6th, 2014 so naturally, there were many comments in the picture that expressed heartfelt condolences.

Janet Hubert wasn’t exactly very pleased with the photo and reunion.  She had some choice words about it: 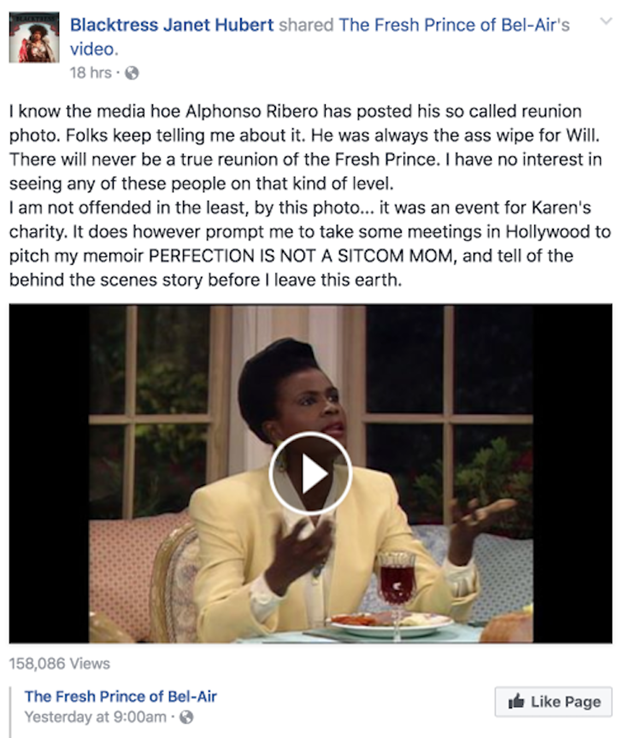 There’s a long history of beef between Hubert and many of the cast members and in her post, she revealed the possibility of pitching Hollywood producers the idea of exposing them in her memoirs.

Many commenters thought Hubert was being unnecessarily dramatic, and many backed her up.