A woman eating a salad while visiting B.J.’s restaurant was sickened to her stomach after finding a dead baby frog in her food.

Shawna Cepeda of California left a Yelp review about the experience about the West Covina restaurant. She said the salad was extremely bitter. She had taken four bites and noticed it had tasted off. Cepeda said she thought maybe it was the ranch and decided to mix the salad around. It was then she discovered the Frog. 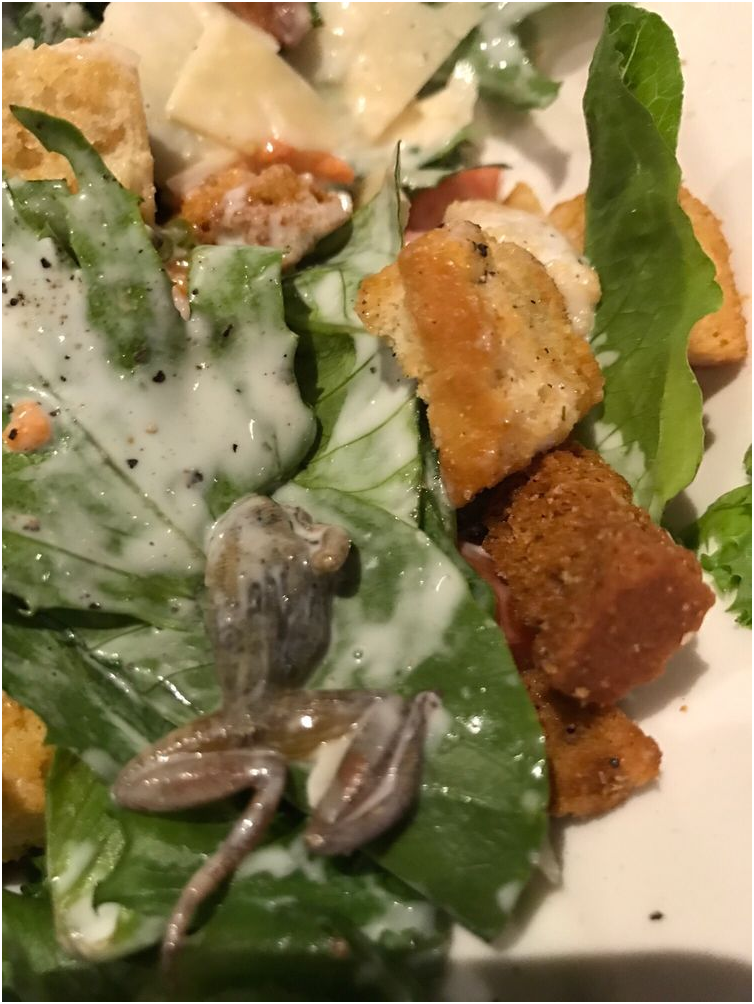 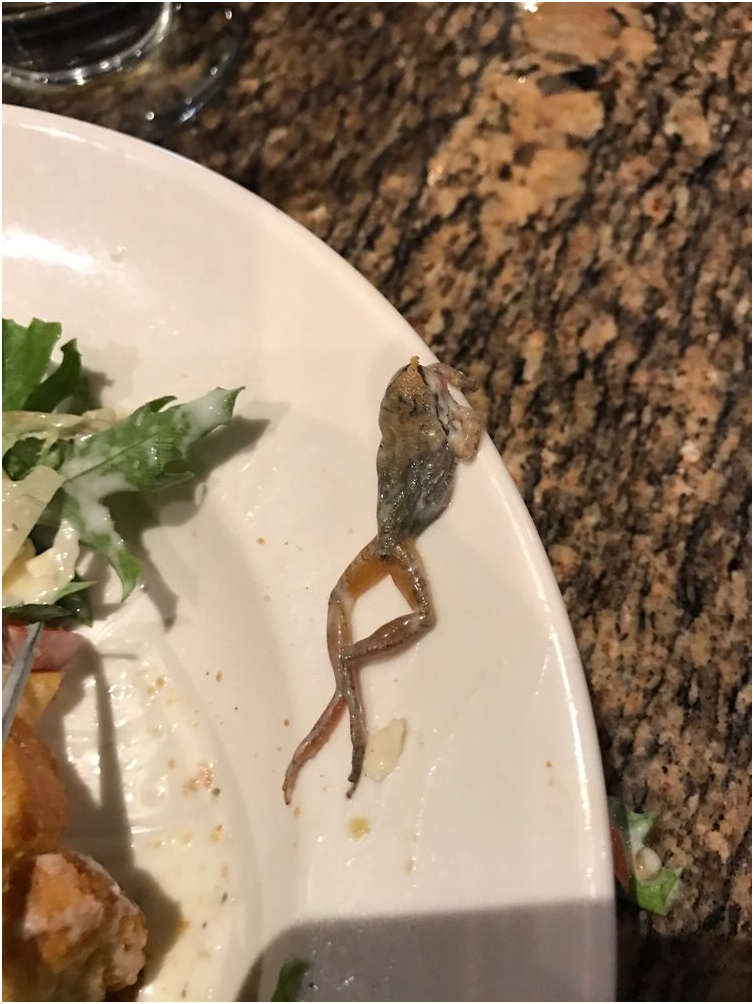 She immediately informed the restaurant management of the incident, which took care of the frog based on the Los Angeles County Department of Public Health codes. The health inspectors visited the restaurant a week later and found no code violations.

Levin said the company started its own investigation and will talk with distributors and suppliers to make sure the incident doesn’t happen again.

Cepeda said she didn’t pay for her meal but only for the drinks. However, after talking to the corporate officer, she was given a $50 gift card.

Frogs are known to carry bacteria such as salmonella, which can cause people to get sick. Cepeda wrote that she couldn’t believe nobody noticed the dead frog – not the produce vendor or restaurant employees.

Cepeda said what bothered her the most was that the staff failed to let other patrons know about the lettuce, as it could have come from the same bag and be contaminated. She said there were a lot of kids and that’s been bugging her.

She visited the doctor a few days later because she was feeling sick. The doctor told her she didn’t have salmonella but some bacterial infection and prescribed her antibiotics. She said she no longer wants to look at a salad. She’s been constantly burping, and most everything she eats makes her sick.

Cepeda said she and her family would visit B.J.s two times a month, but not anymore.

B.J.’s restaurant manager has a meeting to discuss the issue with the supplier.