From time to time we like to post something controversial that hopefully will solicit some debate among our followers. We don’t always necessarily agree with the author, but like all of us, they have an opinion.  This piece does contain some language, so if that bothers you, please stop here.

We’re raising a generation of babies. There. I said it. 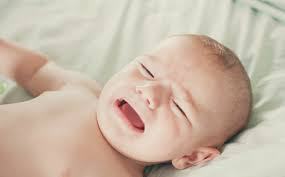 When I was a junior in high school, I had the most amazing AP English teacher. Her name was Ms. Wei. She prefaced the class by saying that she would grade us fairly, and that these grades would not always be A’s.

“I get that you and your parents all think you all are ‘special snowflakes,’ but I will grade you based on your writing, and if your parents email me complaining about these grades, I will ignore them.”

Now Ms. Wei was a little blunt for some (I freaking adored that woman, and I don’t know anyone who didn’t), but she brought up a good point.

Millennials: your parents won’t say it, and your peers won’t say it because it seems every little thing is sending you all to a therapist because you’re just sooooooo victimized, but 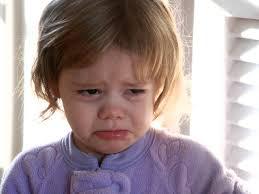 I won’t even say pardon my French, because you know what? Don’t pardon it. I hope it offends you. Although honestly, I could say just about anything and it would offend you. Because that’s just how our generation is.

And this isn’t just some backless rant. Oh no, it’s backed by psychology and science. PsychologyToday has gathered information from colleges saying that teachers are essentially giving up and grading easier because they are AFRAID OF STUDENTS’ EMOTIONAL REACTIONS ARE YOU FREAKING KIDDING ME?!

TEACHERS ARE AFRAID TO DO THEIR FREAKING JOBS BECAUSE YOU’RE SO DAMN DELICATE?!

I was a camp counselor this summer, and the next generation is worse than ours. These kids are being raised on so much organic, special snowflake bullsh*t that they’ll probably have a psychological breakdown the second someone tells them they’re not as perfect as they think they are. And it’s nauseating.

Newsflash: Not every single criticism is an attack on your character. Sometimes, you just suck. And people tell you SO THAT YOU CAN IMPROVE. NOT SO YOU CAN GO HOME SOBBING ABOUT HOW THE WORLD IS UNFAIR AND YOU’RE SUCH A VICTIM AND YOU’RE SO DEPRESSED NOW.

Now, I get college is stressful. I get life is stressful. And yes, words can hurt. But we have gotten to a point as a generation where people can’t even make a joke without someone going all #ThisIsACauseNow.

But Rachel, everyone reacts and feels things differently.

No, no, no. Shut up. Listen. Because if you’re pissed off at this point in the article, you are EXACTLY who I am talking about. 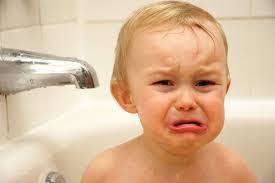 We are living in a generation of internet wars, over-used counseling centers, and hand-holding-coddling-BS.

So, here’s a lollipop of opinion: 99% of the time, people are just talking and are NOT going out of their way to offend you. People will make jokes. People will have different opinions from you. People will think how they think, and be how they’ll be, and most likely, it has nothing to freaking do with you.

There’s your lollipop, so pucker up like the baby you are, and suck on that.

SIDE NOTE: Addressing some things that keep coming up in the comments. I do note that my “complaining about complainers” errs way more than a little on the side of hypocrisy. However, the lack of sourcing and vulgarity are due to the fact that I wrote this out of boredom and frustration in my philosophy class after witnessing some “special snowflake” entitlement. Had I perceived it to gain the popularity and feedback that is has, the language, sources, and credibility would’ve been upped. I honestly did not expect my idle rantings to gain so much discussion. But hey, Internet. Yes, I am a millennial. Yes, I am a woman. Yes, I attend college. Proceed.

SIDE NOTE PART 2: Alright, I will take this time to clarify the counseling statement. Nowhere did I state I am against mental illness, though that’s how many are perceiving it. My issue lies in people either a) abusing resources made available to people who struggle with mental illness because they’re overly sensitive and b) people with mental illness using their illness as a shield and justification for actions. I do not attack those who do their best to cope with mental illness on a day to day basis. Rather, those who fall back on mental illness or emotional turmoil as an excuse and crutch, or a bargain for special treatment.