A Pakistani teenager who married her cousin was allegedly murdered by her husband the night of their wedding. Police believe the cousin may have discovered she was not a virgin.

According to reports Khanzandi Lashari, 17, was wed to Qalandar Bux Khohkar the day before police found her body in the bedroom. A picture has been circulating that claims the husband killed his bride in an “honor killing” for “not being pure.” Police have not confirmed this as of yet.

Lashari’s body was found in the ADC Colony home in Jacobabad, Pakistan. When her daughter had not called her in the morning, the girl’s mother called police who forced their way into the home and found the 17-year-old’s lifeless body. 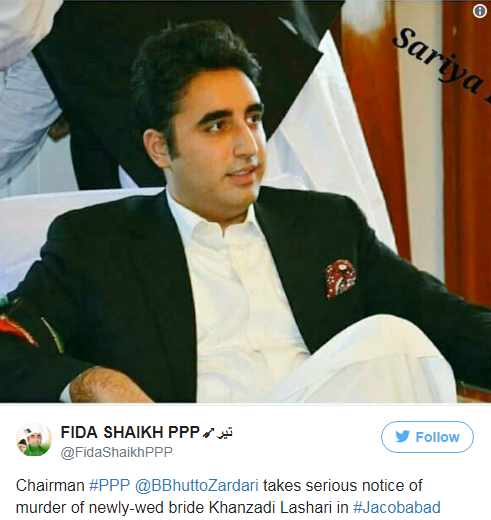 They are now looking for Khohkar, with a number of raids have taken place that has not led to his arrest.

Ali Sher Lashari, the bride’s brother, had filed a formal complaint, alleging that his sister was killed by her husband and his four brothers.

Lashari’s mother said mutual consent was given for the couple to wed.