Kat Havoc, a comedian from Missouri, shares the most miserable attempts of viral dating. This one is a typical example of the so-called – ‘negging’. In short, negging is a desperate attempt of picking up where men literally underestimate women’s self-confidence and self-esteem so that she finally accepts to sleep with a guy. Pretty low…

So, Kat shared one of these neggings on Facebook and her response to the guy knocked him out. 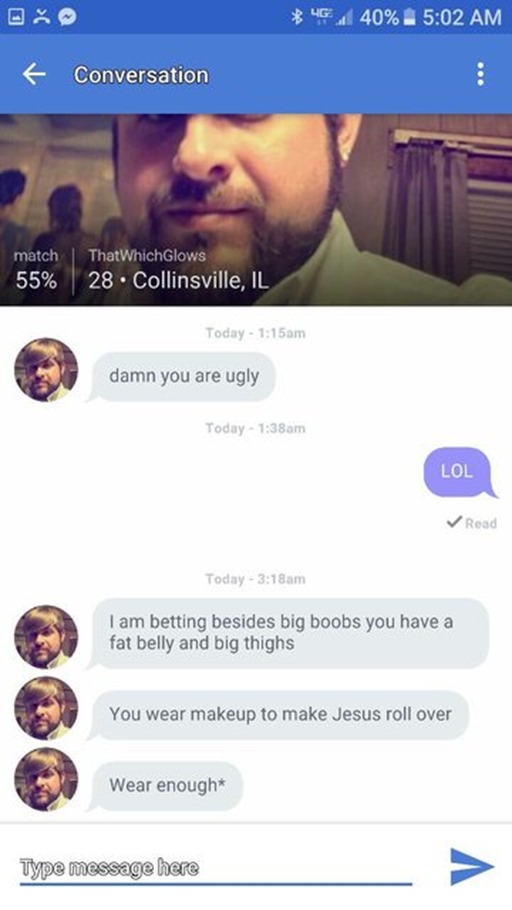 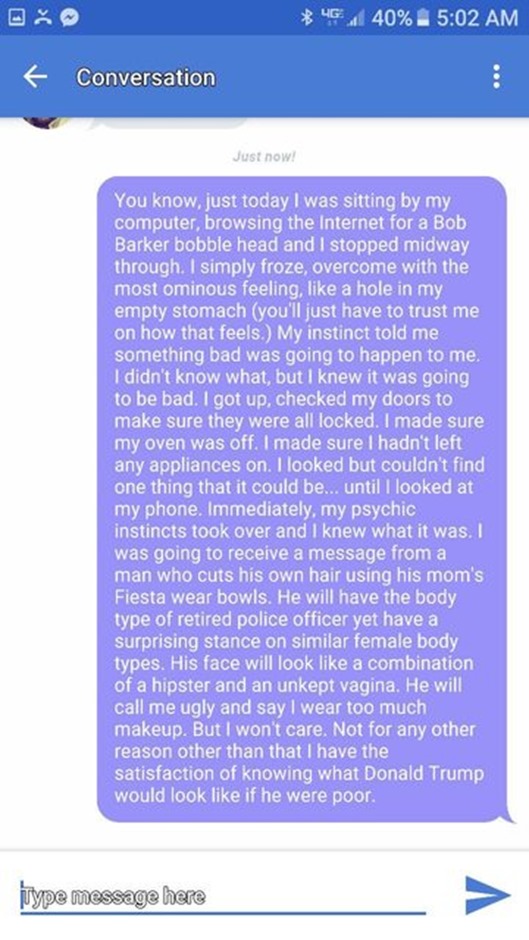 Come on, is this real? Just think of a guy, so miserable that he actually needs to offend women in order to convince them to sleep with him…maybe he should consider celibacy?

And it’s not just one guy, there’s an army of such losers.  Here are a few more that Kat took to the wood shed. 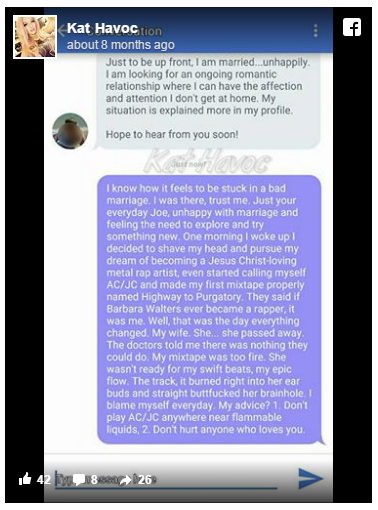 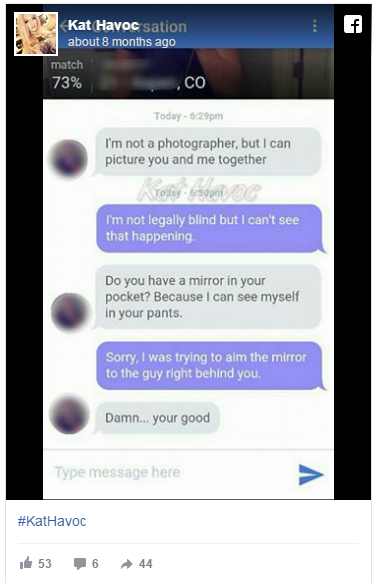 And that’s it, she doesn’t want to put up with it anymore. 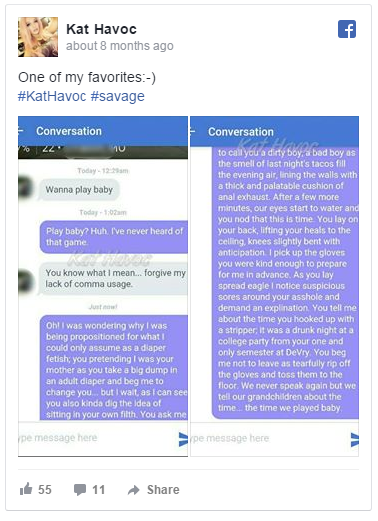 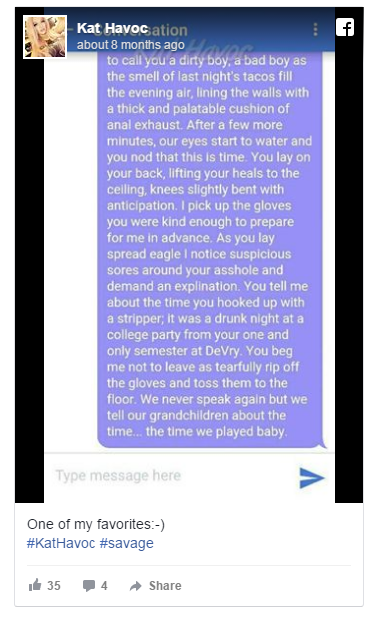 Well done, girl! Hats off to you!

What did you think about this?  Share with your friends by hitting the button below