Parents Jay and Sarah reported a strange and creepy case. According to their story, they became scared when their son, only 3-years-old, said he was speaking with an unknown man every night. They were examining the monitor and all of a sudden, they could hear a voice saying:”Wake up little boy, daddy’s looking for you.”

The voice of an unknown man also spoke to them as they entered the room. The camera was out of their control and following their moves.

Logically, the parents turned to the company where they had bought the monitor. The explanation they got scared them even more. The people from the company said someone must have hacked their monitor. 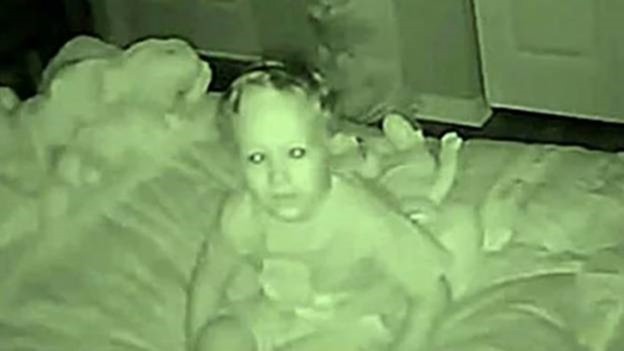 They also learned that hackers could control their unit from their computer or a phone. Unfortunately, the only thing that was impossible was to locate the hackers.

This is not the only story about hacking the baby monitors. It occurs very often and the problem has to do with the wi-fi connection of baby monitors, writes the Huffington Post.

A mom from Indiana said she had heard “sexual noises” followed by a famous song “Every Breath You Take” playing from her daughter’s monitor.

Parents from Texas said they had heard various insults, including ” moron”.

“The first question I would ask anyone who is buying a Wi-Fi enabled baby monitor is, ‘Do you specifically want to be able to access this monitor from outside the house?’… Most of the time, I hear, ‘No,'” he said.

One of concerned parents, Jenna Flannigan, says to the Huffington Post: if parents decide to buy a Wi-Fi monitor, they should pay attention to some very important issues such as choosing strong passwords in order to prevent hacking, as well as to change the given usernames and passwords because hackers could easily find them on the internet. This could prevent hacking. Checking if the companies update their security on a regular basis is very important as well as updating the monitor’s software.

An interview Jay and Sarah did can be seen below:

This could happen to anyone! Share this important story with your friends and family…