There are certain moments and times we often reach in our lives when we want to install a home security system and perhaps security cameras to go with it.

Maybe there was a close call with a break in, or a there is a stalker nearby your home or neighborhood.  Or it could be a high crime area.  Regardless of the reason, it’s never a really bad idea to have a home security system.

Regardless of the reason, it’s never really a bad idea to have a home security system.  Or is it?

Some unexpected things happen from time to time and get caught on camera too.  This is just the nature of the beast having cameras catching every single second, minute, and hour.  The people who installed these cameras took to Whisper to admit what they found on their cameras… 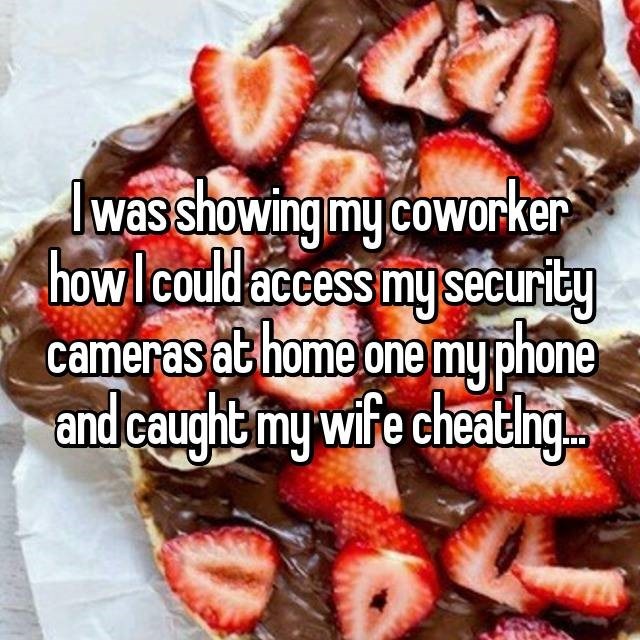 Uh oh… This is a common one based on many of the other admissions below. 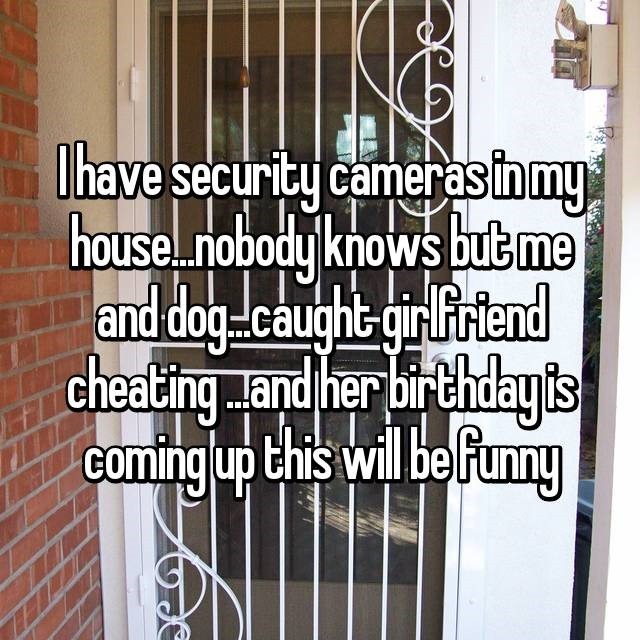 Another person caught their significant other cheating with their security camera. 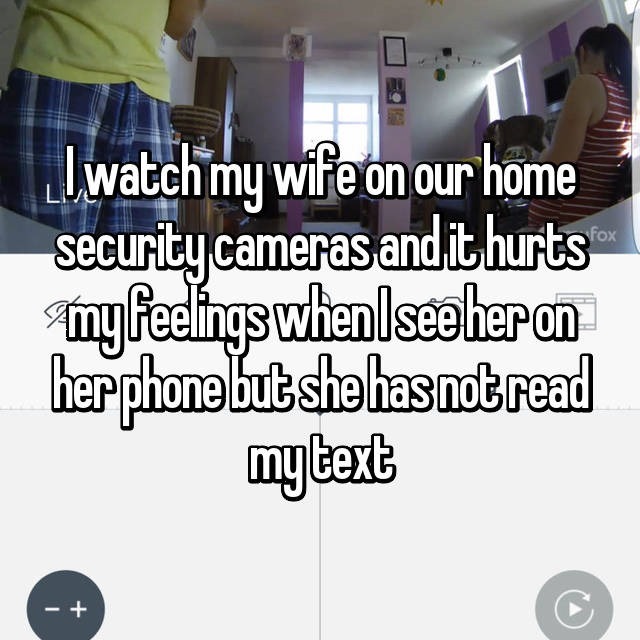 Ouch.  This guy might want to be a little more forward about this and not so passive aggressive though.  Just my two cents. 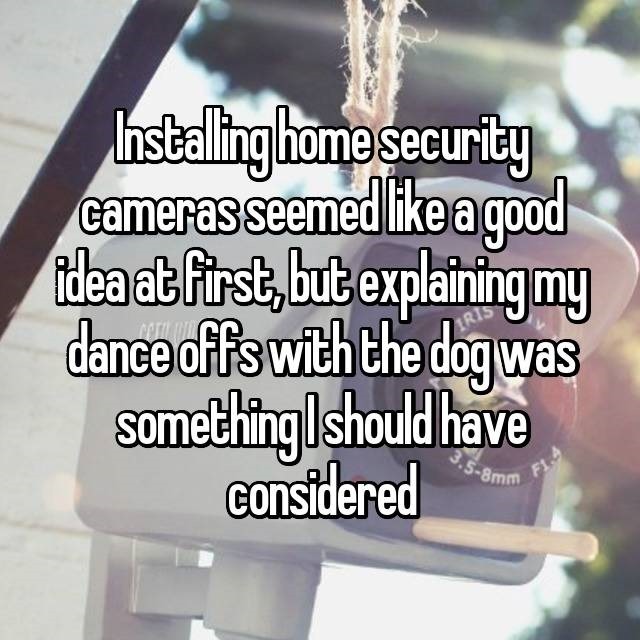 Now that is just hilarious. 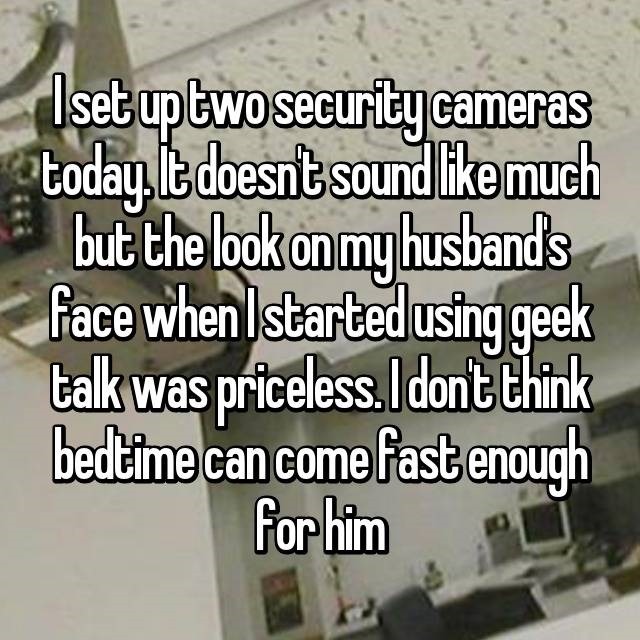