In a photo that was posted to the subreddit /r/funny on Reddit.com, the husband of the poster had quit his job in a quite provocative and hilarious way.  The man used a scrap of toilet paper to resign from his position, which he described with many colorful words.

Firstly, the husband illustrated that he chose toilet paper as a symbol of how he felt the company “treated” him, and also that the company is headed where his letter would eventually end up, presumably the toilet.

He finished the letter with a small illustration of a toilet, then signed it sincerely, (white out) 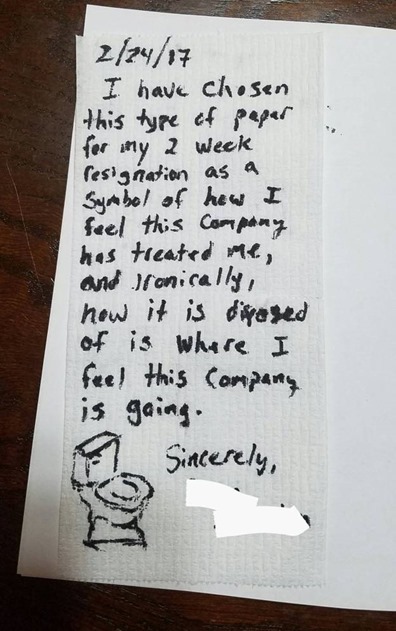