I guess there’s always a hidden language with certain people.  After this lady went on a date with a guy, she texted him saying she doesn’t really see him as a romantic partner and that she hoped they could be friends.  The guy texted back and said he felt the same way and expressed that he was happy she stated that.  That’s when things took a very odd and angry turn… 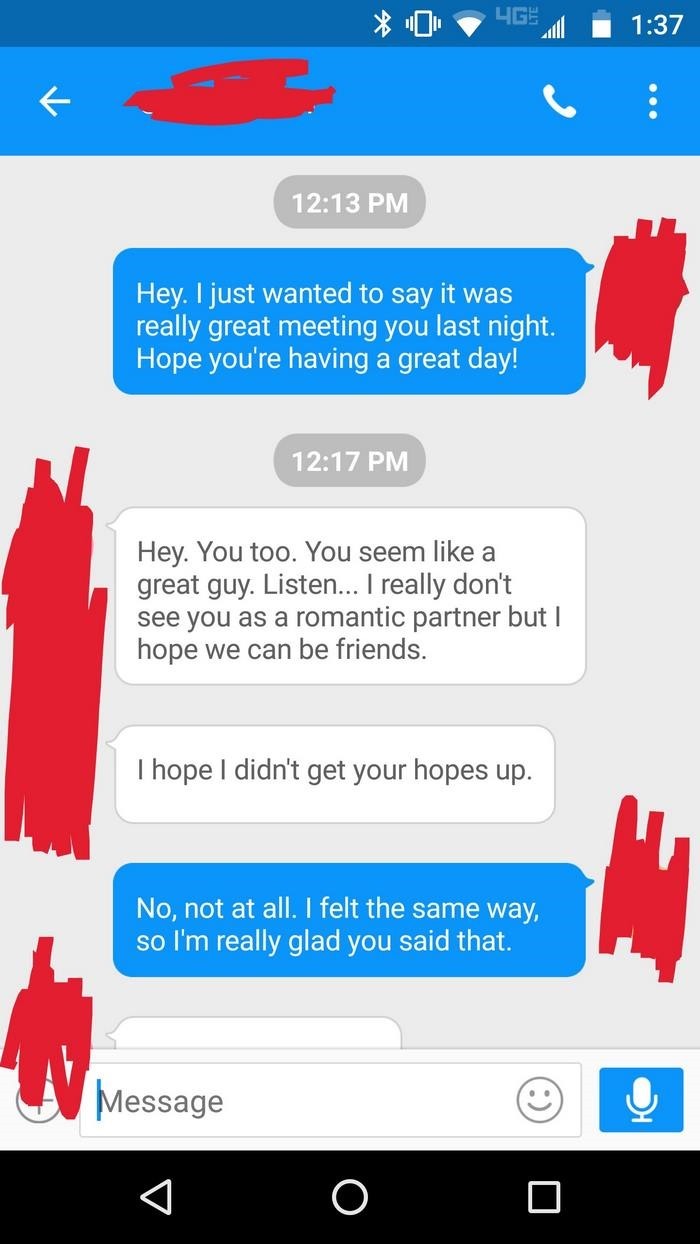 All things seem alright up to this point, everything is mutual.  But wait, apparently it’s not.  Not at all. 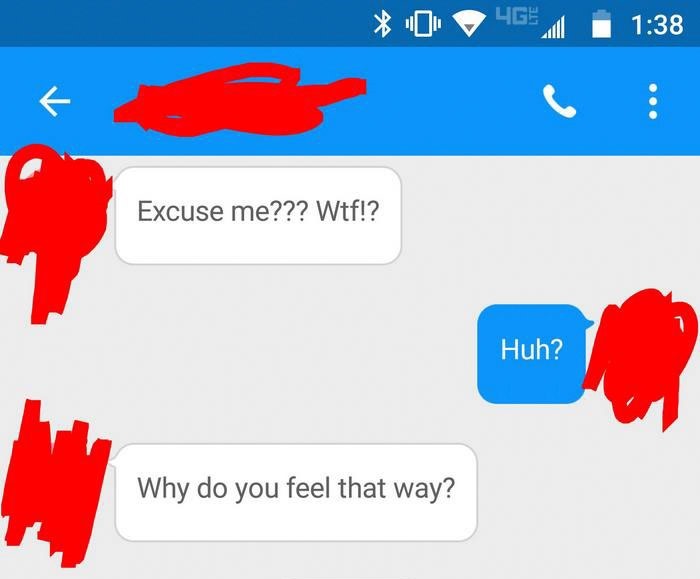 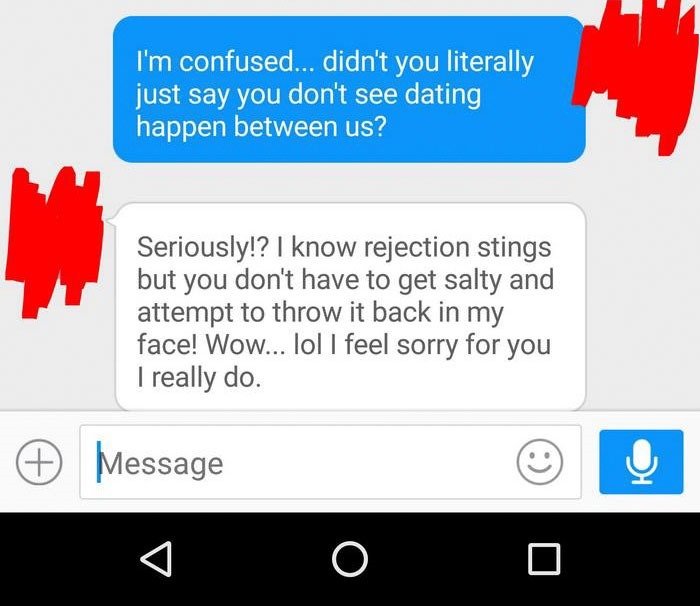 She asks him why he even texted, but that is a nice gesture to do and not unexpected after a first date even if you don’t want romantic relations.  In fact, it is considered rude to not have any correspondence after a date by a lot of people. 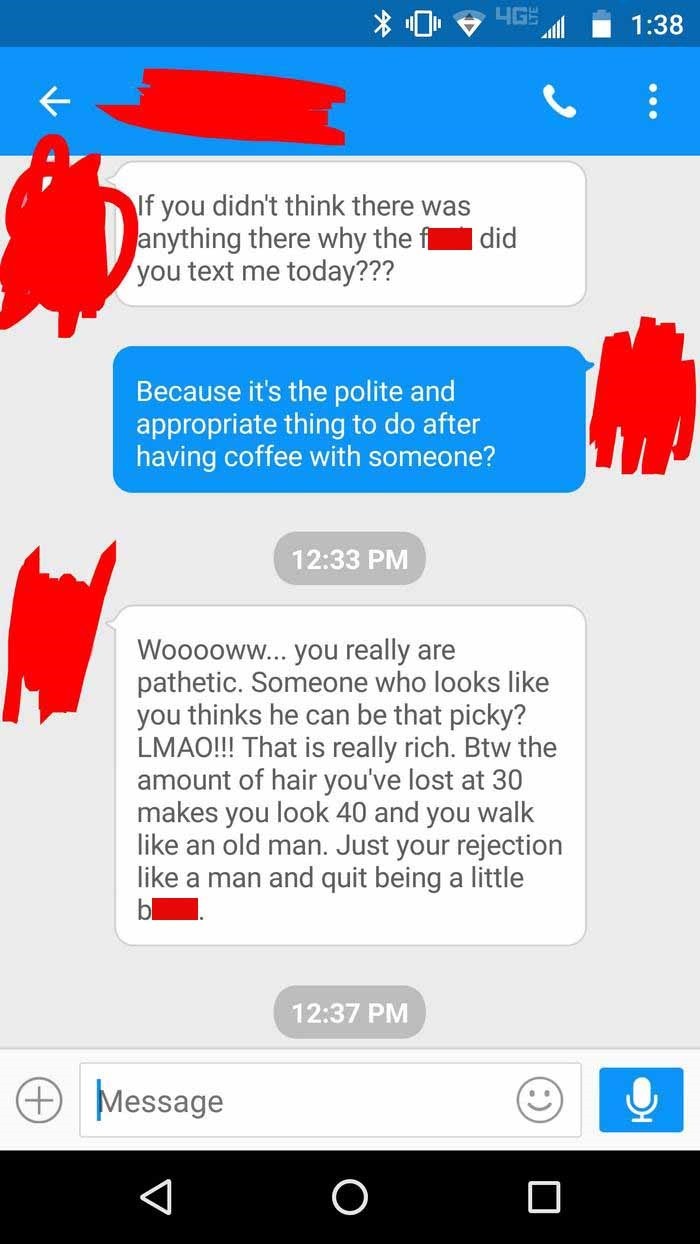 Ok, she went after his hair.  A little below the belt! 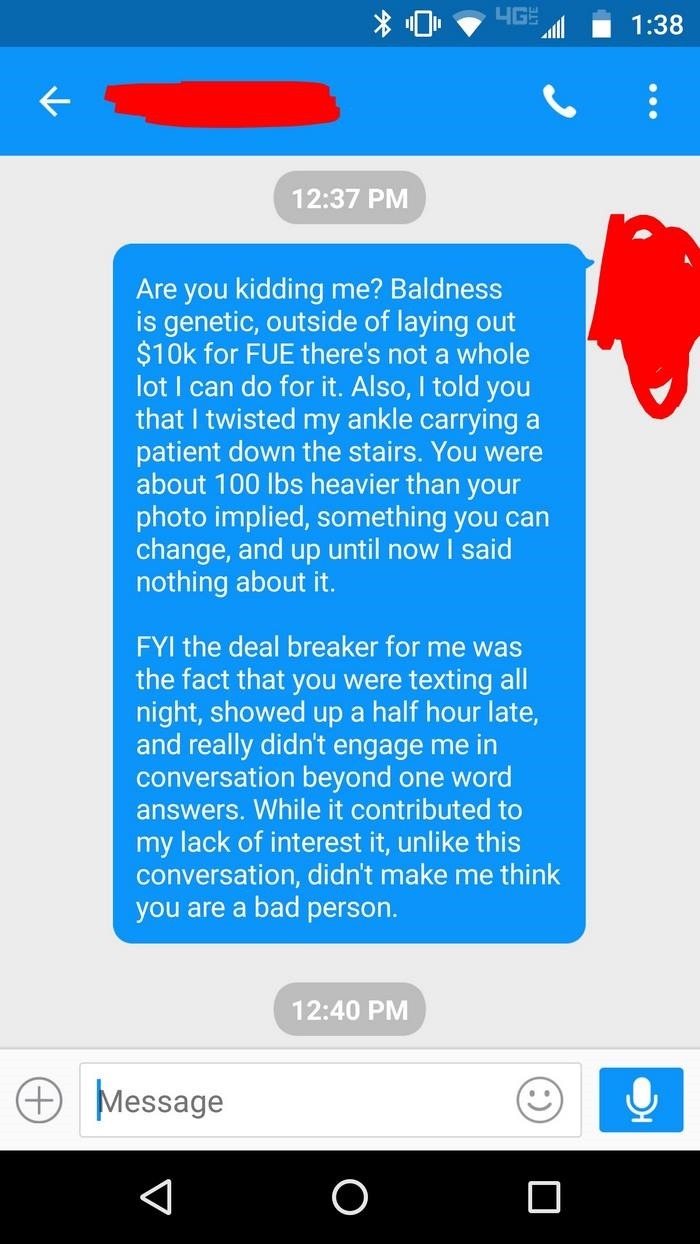 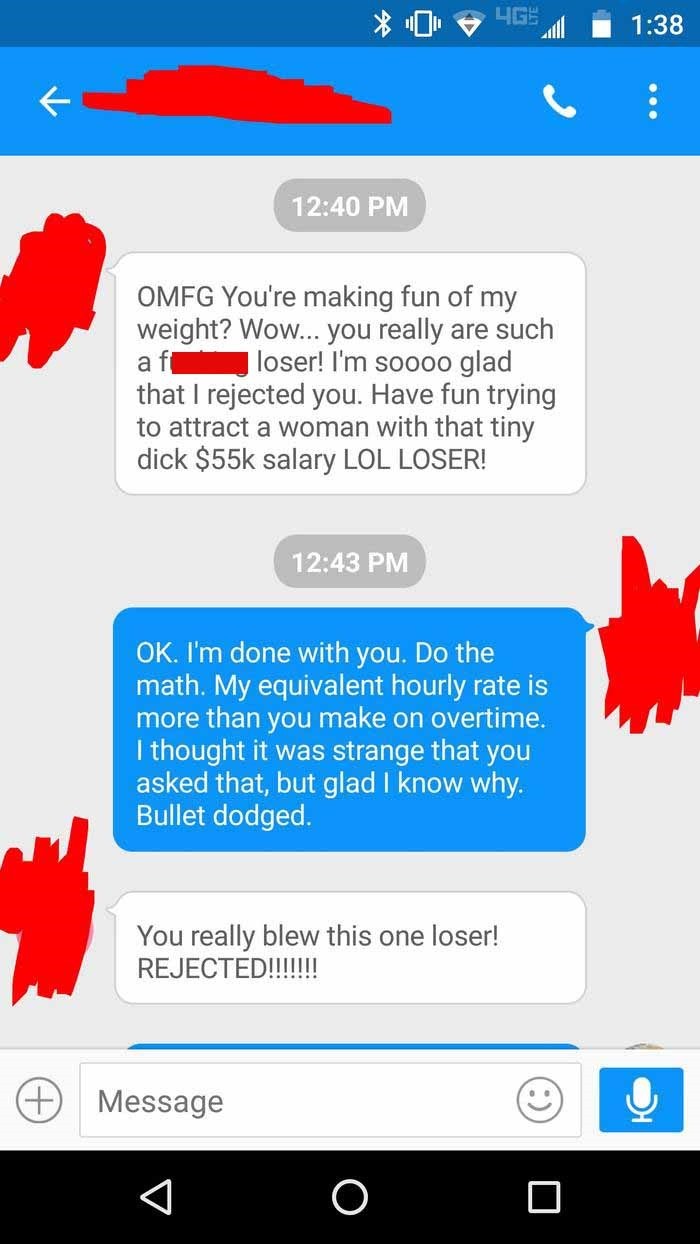 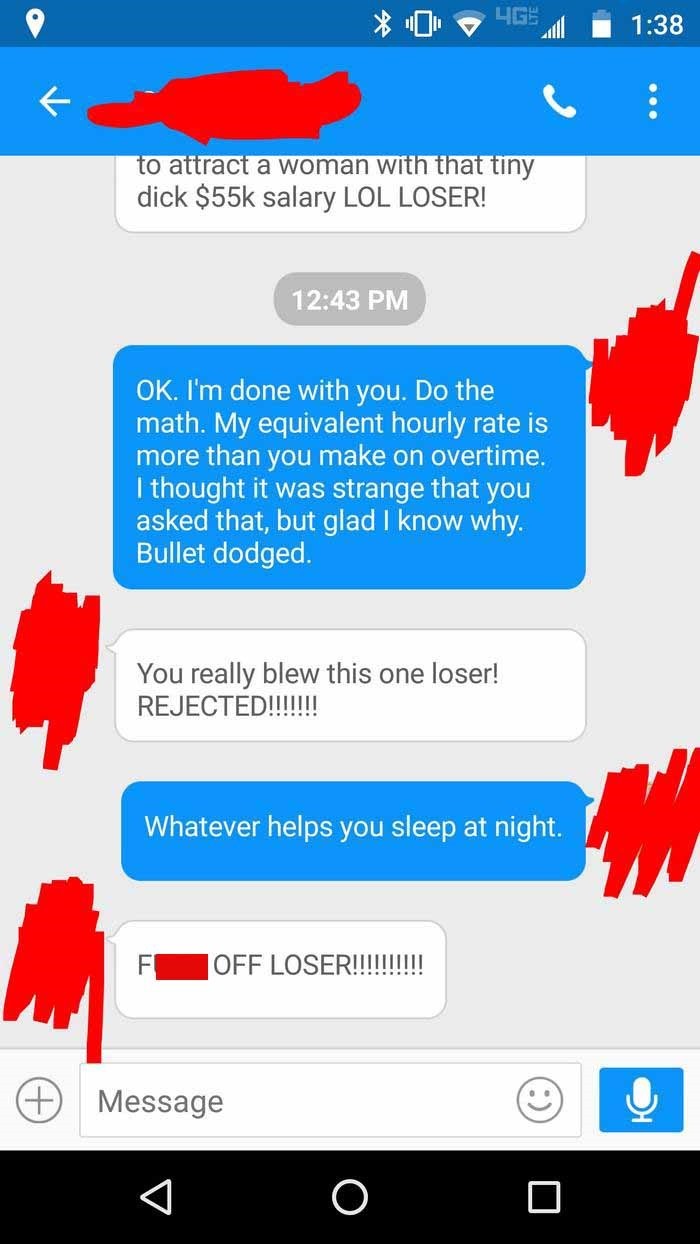 Wow… Bullet probably dodged by the guy here I would say.  What do you think?

What do you think about this? Let your friends know by sharing below