Natasha Durling, the mother of Oliver Durling, shared an unbelievable story about her son. This Canadian boy was struggling with a dangerous and rare disease, as well as measles, at the same time.

The doctors became confused and were trying to figure out the right diagnosis. Luckily, they found it, after 5 long days.

After 4 days, his condition was pretty bad. Oliver was not able to get up, eat or drink. Also, his face and neck got a strange rash.

The boy received vaccinations regularly so the doctors were baffled at what it could be. In addition, there were no visible white spots typically found in the mouth of patients suffering from measles. They put him in a quarantined area, just in case. 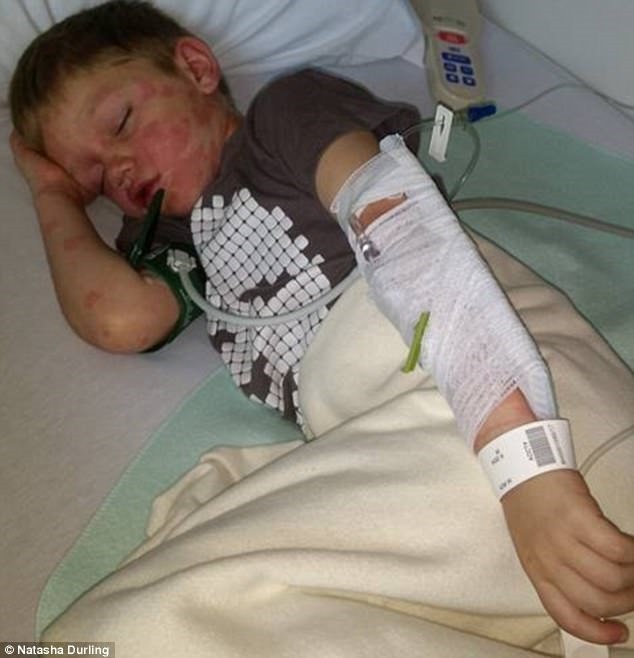 “[Despite] his high fever, rash, dehydration and being in absolute agony, he [was] sent home, and I was instructed to give him Tylenol and Benadryl, and if he gets worse to bring him back”

On the next day, the boy’s whole body was covered in a rash. His temperature was still very high, and his lips were swollen and bleeding.

Again, he was treated in the hospital. The doctors attributed the symptoms to a serious virus. 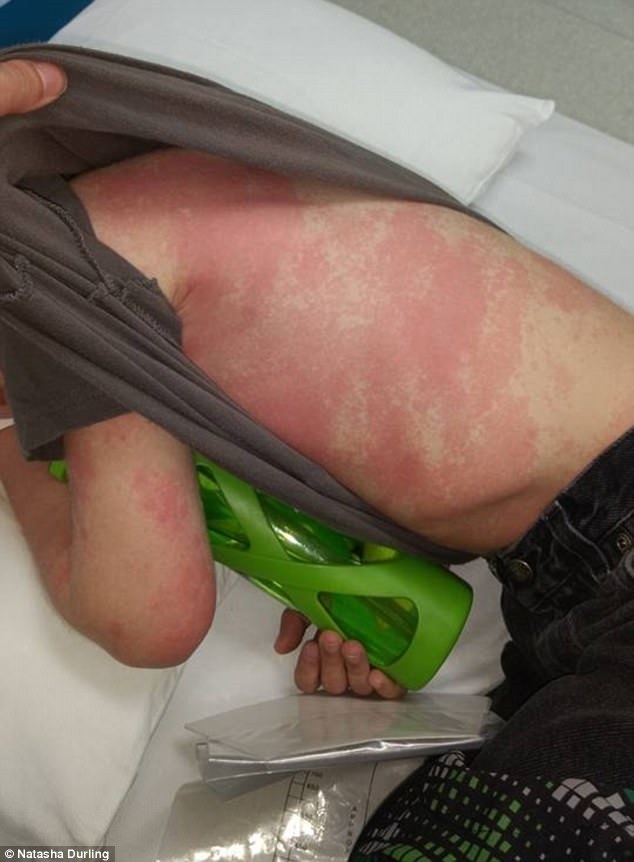 “At this point, I lose my s**t…I demand that he gets, at the very least, blood work done and get some fluids into his obviously dehydrated body! While providing a urine sample, Oliver starts to panic yelling that he can’t see and that he’s blind, then gets right stiff, shakes and drops in my arms. At this point, the nurse grabs him from me and I grab his IV pole and race to the ICU where he has doctors and nurses trying to figure out what the hell is going on with him.”

After a 5 days agony, the doctors said the boy had Kawasaki disease.

Here’s the description of this rare disease, explained by the Mayo Clinic:

As the diagnosis was finally known, the doctors did various tests in order to treat the boy.

“He goes through blood infusions and screams in pain all night from his inflamed blood, stomach pain, and inflamed joints, and he throws up several times”

Luckily, his condition improved, and the next morning the rash had disappeared and he was feeling a lot better.

But this is not the end of the story. The most shocking thing was that the urine analysis showed the boy had measles.

Oliver was in quarantine again as the possibly the only patient with measles despite regular vaccination.

“Thankfully he’s no longer contagious, and feeling way better! I refused again to go home today, I want to see his blood work and other tests normal before we go anywhere.”

“I have one strong, brave little man! I couldn’t be more proud of him!”