19-year-old Fredzania Thompson from Texas lost her life in a tragic accident when a train struck her while she was having a photo session. This accident actually took away two lives, because Thompson was pregnant. She was attending Blinn College at the time but she wanted to start a modeling career. The girl had died before she got to the hospital.

“That’s definitely what she wanted to do,” Hakamie Stevenson, girl’s mother, said the newspaper. “It’s what she had started to do the day she was deceased.”

She heard the approaching train, moved to another track but it seems she was not aware of the other train coming from the opposite track. 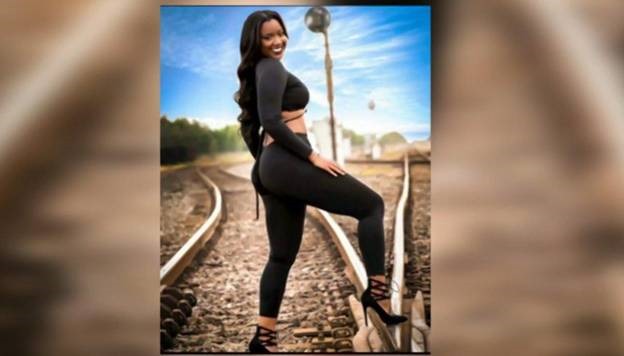 This photo shows her smiling, literally a few moments before she was gone forever.

“Zanie had the most beautiful smile,” her fiancé, Earl Chatman said for the Eagle. “I believe she would want everyone to know what a kind and caring person she is.”

Chatman already has a son, and he was happy about becoming a father again.”She said, ‘You’re going to be a dad again.”