Kyle Maraghy, 26, took his own tattoo insignia that said “Keep Pounding” a bit too literally at a recent game where the Carolina Panthers faced off against the Philadelphia Eagles in Charlotte, North Carolina. As a result, the pugilistic game attendee is now in the pokey.

The incident escalated when Maraghy and his apparently equally belligerent girlfriend got into an unnamed older man’s face when the latter yelled at the couple to sit down and stop blocking his view of the game. 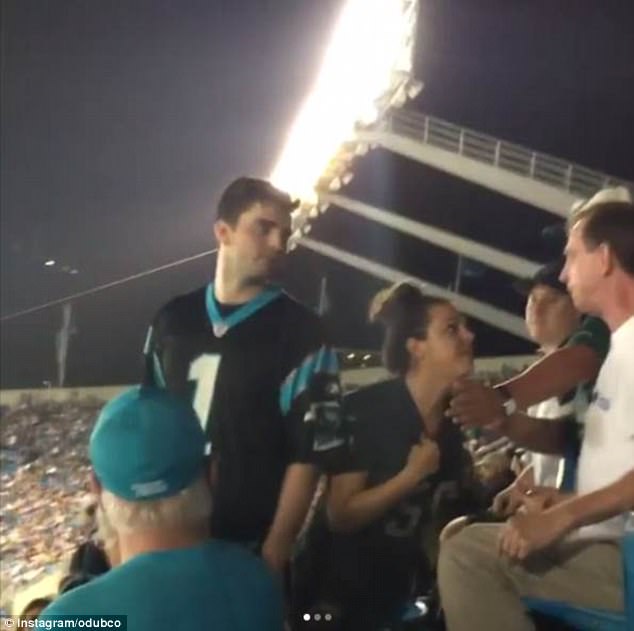 As the argument, which was caught on phone cam and shared on social media, escalated, Maraghy ultimately punched the senior hard, causing blood to pour down one side of his face. All the while, the fighter yelled epithets at the helpless older man.

Things got so intense that one nearby mom grabbed her son’s hand and left the stadium. 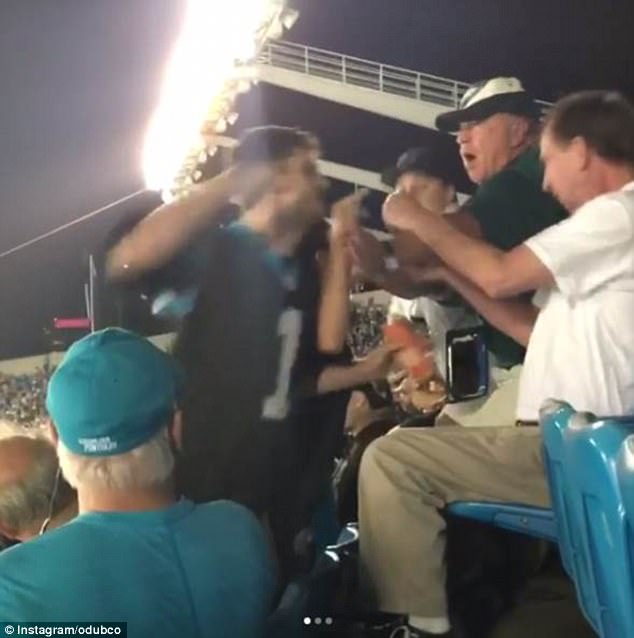 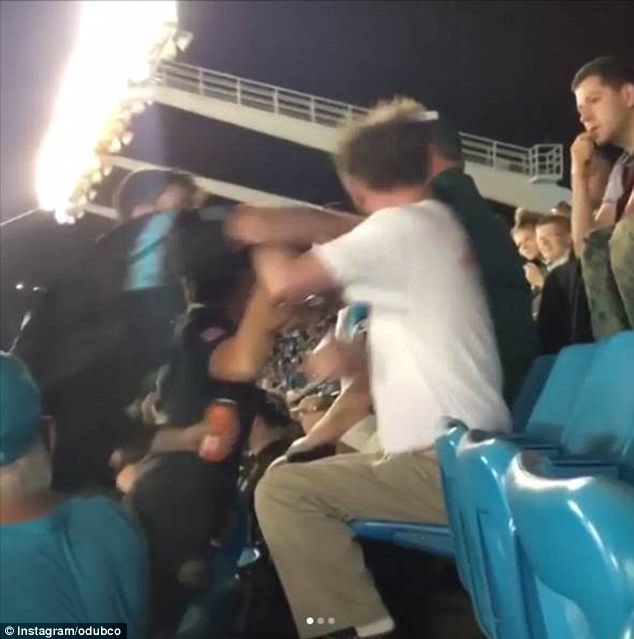 As the pounding continued, the older man tried to protect his face, but never fought back, as nearby fans tried to get Maraghy to stop punching. And this wasn’t the younger fan’s first brush with using his hands: he’d been arrested two times back in 2013, and one of those was for battery charges. He’s also been cited in the past for reckless driving. 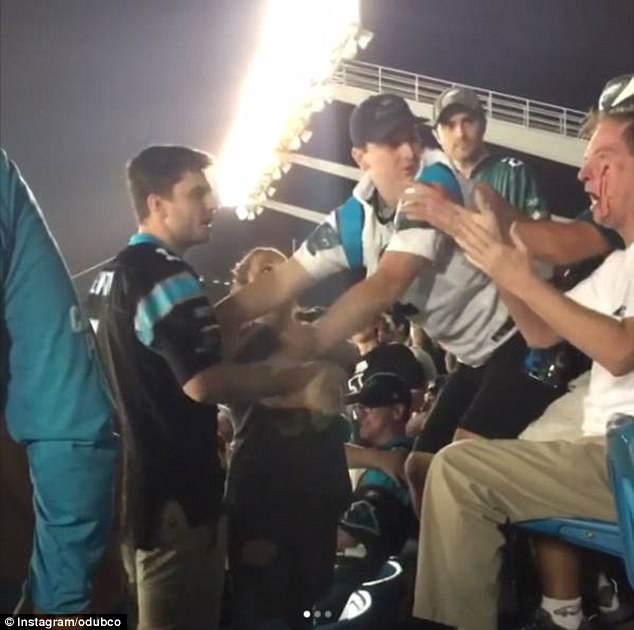 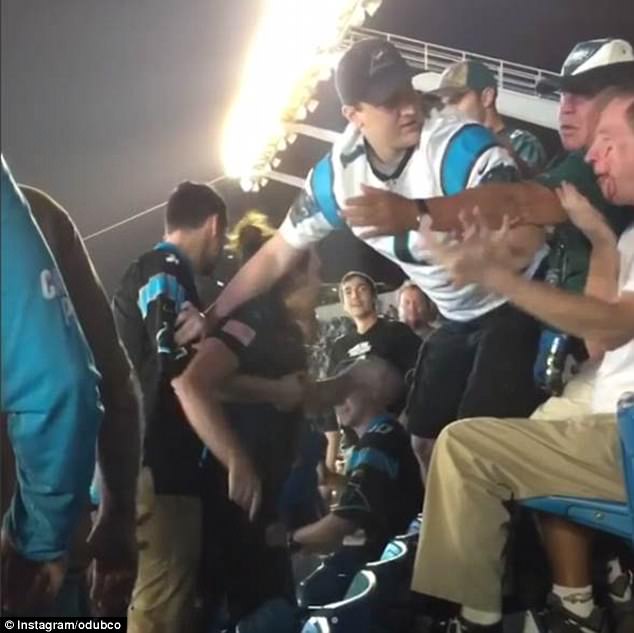 Because the video got so much exposure on the internet, Charlotte-Mecklenburg Police, working hand-in-hand with Bank of America football stadium personnel, were able to quickly track down Maraghy the next day based on his seat number and appearance.

They arrested him and charged him with “simple assault,” an odd choice, as by definition, it does not involve actual physical contact with a victim, but rather the threat or intimidation of being about to do so. 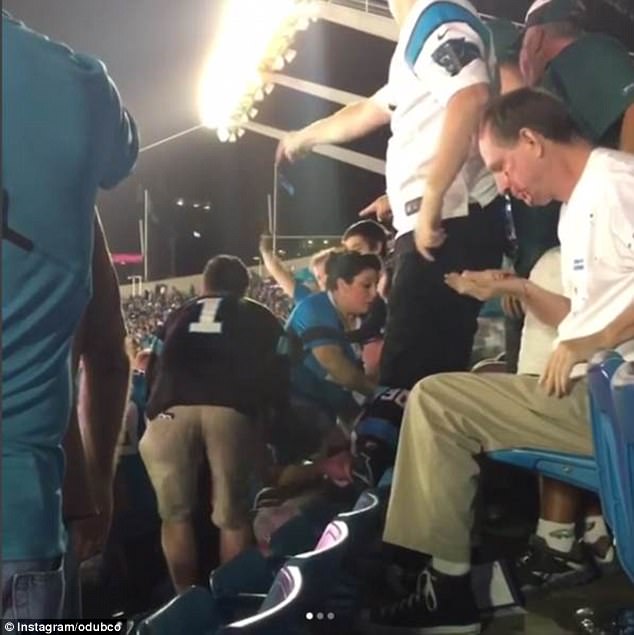 He is now being held on $1,500 bond in the Mecklenburg Jail in Charlotte. 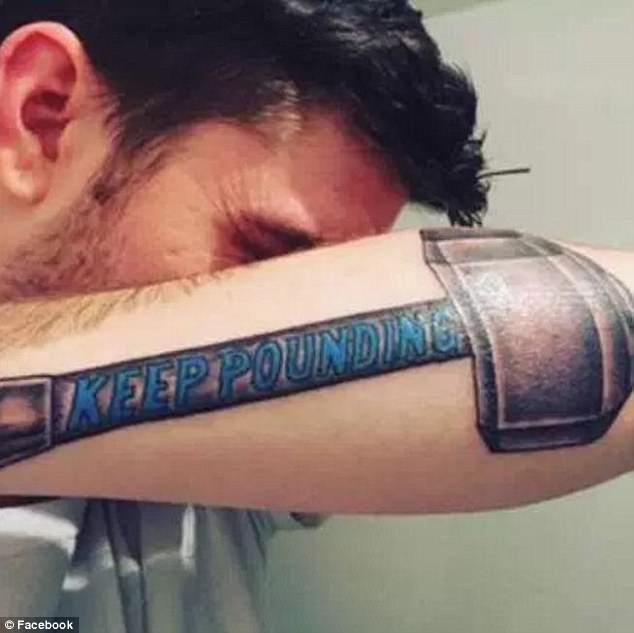 As for security – now on everyone’s minds after the recent tragic shooting incident at a Las Vegas music festival and at several major stadiums around the world – an NFL spokesman told “Pro Football Talk” on NBC Sports that they “… have robust security plans in place at all of our games. … We take all of these [incidents] very seriously.”

You picked on the wrong kid! High school bully is body slammed