When Laura Thoms found out she was pregnant she was 18 years old, working part-time in a fish and chip shop and just about to start her last year of high school.

Now at 21, Ms. Thoms is a mum to Alayna – a healthy and happy two-year-old girl – and the young mum couldn’t be happier.

But her road to parenthood, she reveals, one she took as a teenager, has been filled with challenges – including the tough decision to keep her child.

Speaking to FEMAIL, Ms. Thoms, of Gippsland, Victoria, said she had been with her partner for a year before the pair found out she was pregnant and were faced with making a choice that would change their lives. 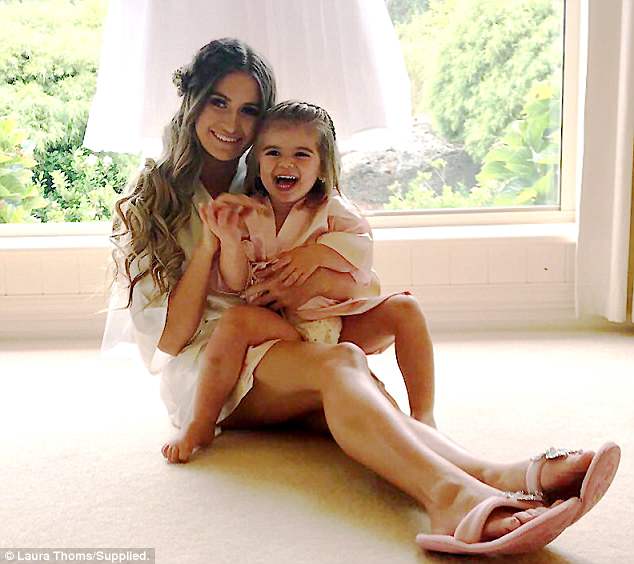 ‘There was never any question about whether we were going to keep the baby or not,’ she said.

‘I was in year 12 at the time and staying at school was really hard, I wasn’t sure I would make to the end of the year, but I just tried as hard as I could to do my best.’

The year was a hard one, Ms. Thoms recalled, not just because she was tired and emotional from being pregnant, but also because she felt so different from her peers.

‘When I fell pregnant my life became quite lonely, she said, ‘all my friends were turning 18 and suddenly I didn’t feel like we had much in common.’

She revealed she finished her final year of high school – something she was really proud of – and gave birth just ten days later. 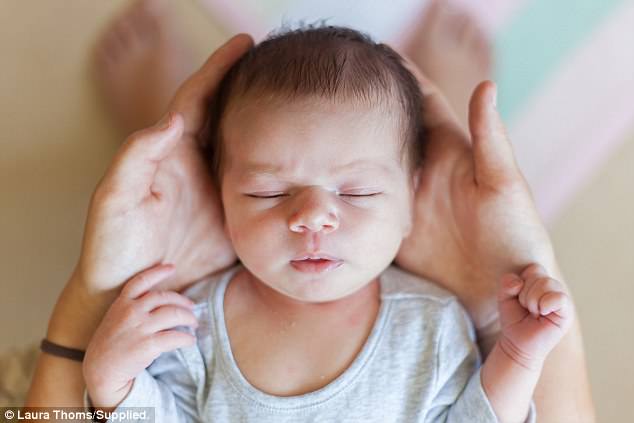 Ms. Thoms finished her final year of high school while pregnant and although the year was tough, she said she was really proud she kept going to school 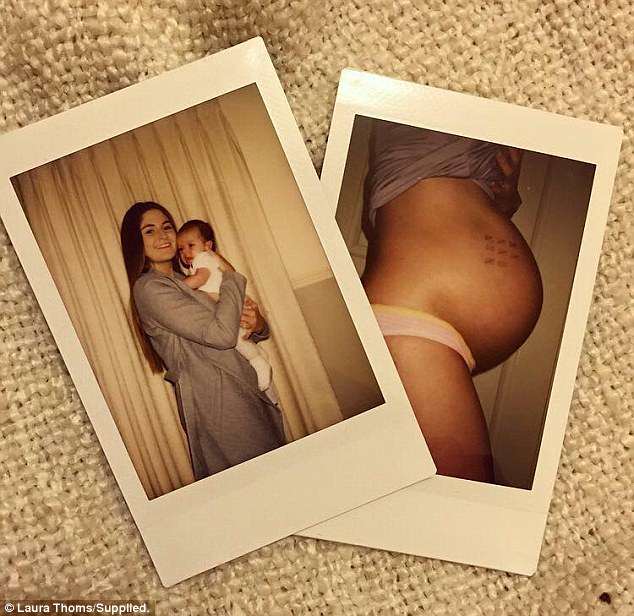 ‘When I fell pregnant my life became quite lonely, she said, ‘all my friends were turning 18 and suddenly I didn’t feel like we had much in common,’ Ms. Thoms said

She said while she did have some support, there was plenty of gossip about her being pregnant and even some teachers had publicly judged her as inadequate:

‘One teacher said to me in front of the class that he didn’t think my partner would stick around, and that he would probably leave me.

‘He also said he couldn’t see how we would make it work, considering neither of us had any money.’ 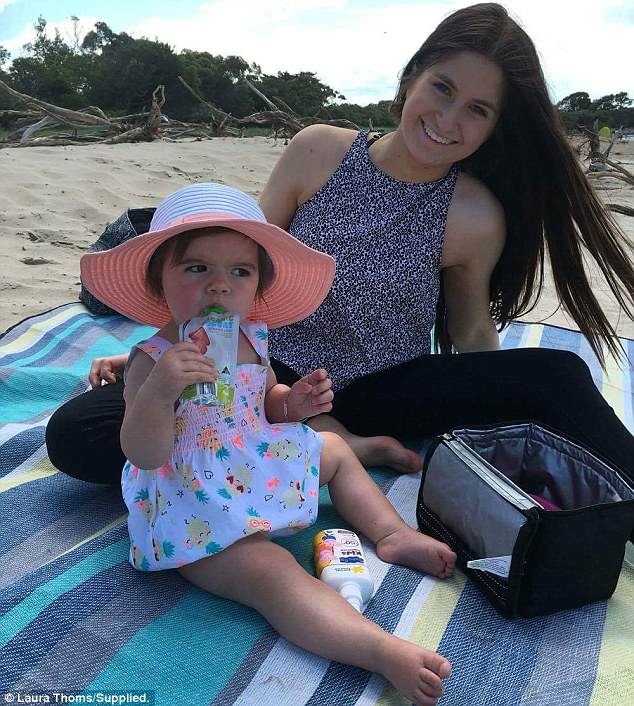 Three months after giving birth to baby Alayna, the couple moved into their own home and have been supporting themselves financially since 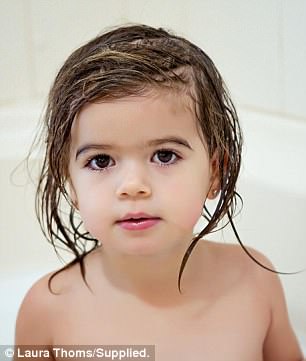 While she was pregnant, Ms. Thoms said she lived at home with her family and throughout the course of her pregnancy, continued to work at her part-time job at a local fish and chip shop where she earned $80 a week.

Three months after giving birth to baby Alayna, the couple moved into their own home and have been supporting themselves financially since.

She said her husband (the high school sweethearts married nine weeks ago) had been a year ahead of her at school and was already working as an apprentice landscape gardener by the time she gave birth.

‘We have never accepted money from our families. We got ourselves pregnant and we weren’t going to rely on others to support us or our child.’

While the basics of parenting were something Ms. Thoms learned with the support of a mums’ group – the young mother admitted she was plagued by feelings of self-doubt as to whether she could actually be a really good mum. 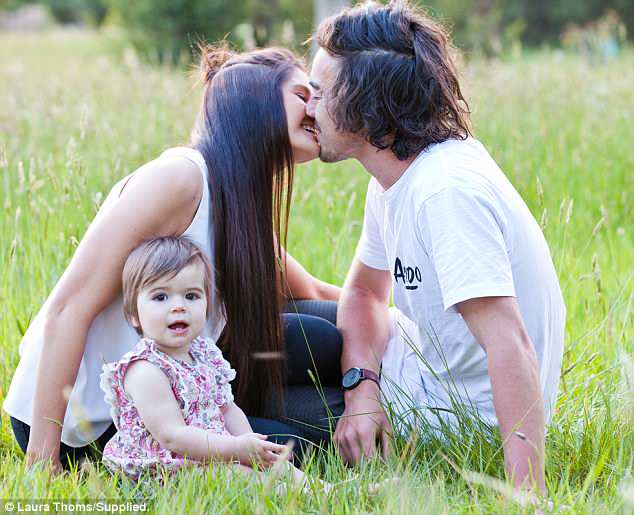 ‘We have never accepted money from our families. We got ourselves pregnant and we weren’t going to rely on others to support us or our child’

‘I was so worried I wouldn’t be able to give Alayna the kind of life I thought she deserved.

‘Those are the things I have always wanted for my children.’ 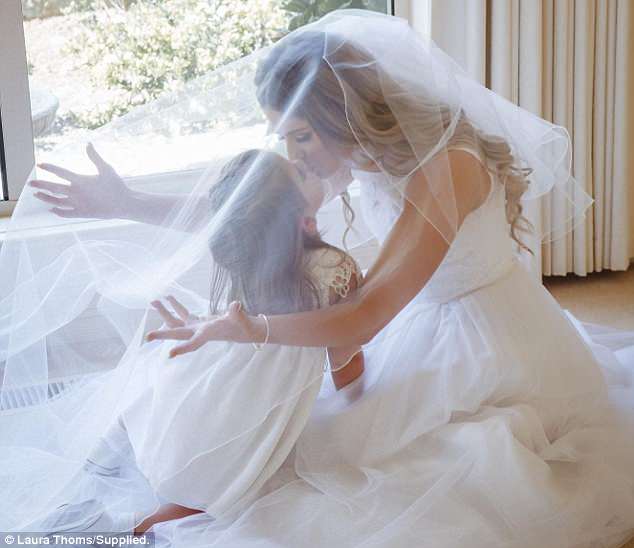 Coming to terms with being a young mother also meant she had to learn how to balance her old life – one filled with young friends – with her new one of responsibility.

‘My young friends from school were going out every weekend and getting drunk and partying, they weren’t even thinking of babies!

‘My older friends from my mum’s group were talking about careers, building houses, and holidays – things I couldn’t relate to.

‘I felt stuck; I couldn’t talk to my young friends and couldn’t related to my older friends. It was really hard finding a balance.’ 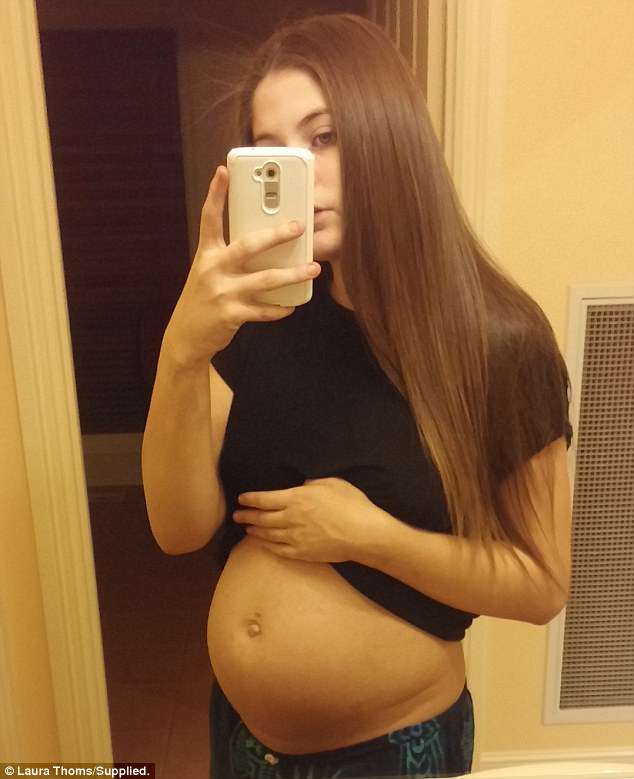 ‘My young friends from school were going out every weekend and getting drunk and partying, they weren’t even thinking of babies!’ the young mum said

While Ms. Thoms is upbeat and positive – and on her way to becoming a personal trainer – she revealed this hasn’t always been the case; depression is something she has had to find a way to deal with in order to be the parent she wants to be.

‘I was a downer on everything (this wasn’t anything to do with how I was raised),’ she wrote on her blog.

‘Realising that I basically ruined and wasted my childhood made me want to change. I’ve turned myself into the complete opposite.

‘I focus on the good, the positive vibes and things that make my soul happy, being kind to others, a lover and respecter in the hope that Alayna doesn’t follow that same path I somehow crossed.’ 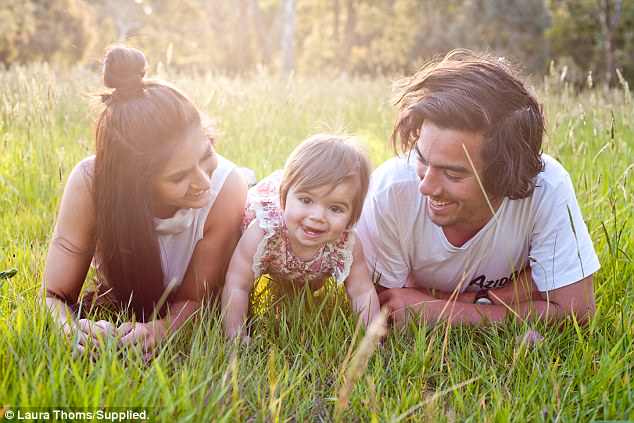 Ms. Thoms (pictured left) with her daughter (pictured center) and husband Charlie (pictured right) said part of her mission is to help other young parents

Part of her mission is to help others who might also be faced with a similar situation and to show them it’s entirely possible to make something as difficult as being a young parent work:

‘Who’s to say a 30-year-old mother is better than a young mum?’ she told FEMAIL.

‘If you want to be a good parent then you have to do your best to make this work,’ she concluded. ‘Just because you are young, that shouldn’t change anything.’