When Marleen Brooks came home and checked her mail, she saw a strange letter inside.

The letter, it turned out, came from the old lady down the street. The lady’s name was Wanda, and she was 90-years-old.

Wanda had written a letter to Brooks, asking her if they could be friends because she was alone – all her friends had died. Wanda wrote she was scared and was praying for someone. 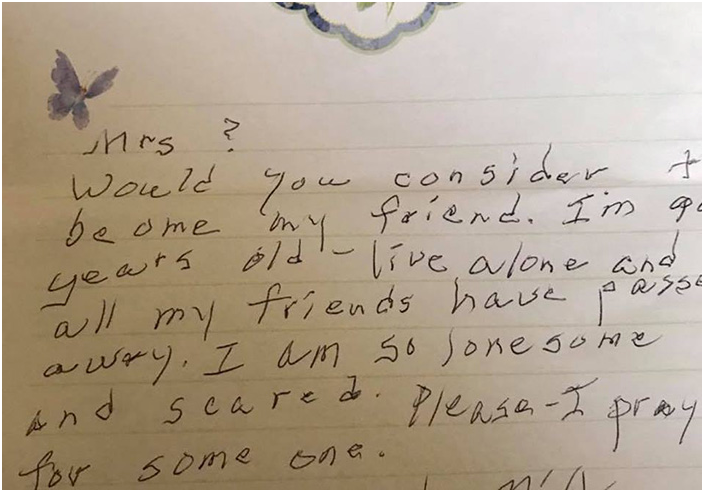 Brooks was moved by Wanda’s plight and decided to make some cupcakes for the women to share and get to know one another over. She met with Wanda the next day, and they had a wonderful time.

After the meeting, Brooks reached out to KTVU employee Frank Somerville to let him know about the meeting and how it went. She said Wanda was so happy to see someone when she and her friends came over.

Wanda told Brooks that she didn’t want people to think she was stupid for writing the letter but she needed to do something. She told Brooks that she’s lived in the neighborhood for 50 years and had no idea who her neighbors were. She thanked Brooks for visiting her. 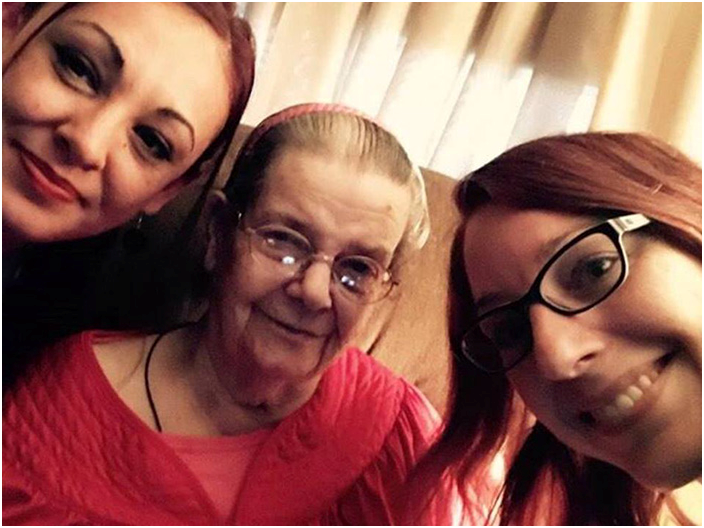 During the night, Wanda talked about her three sons – one died, and the other two lived far off. She also uses an oxygen machine, is in congestive heart failure and suffers from osteoporosis.

Brooks said she told Wanda to call her anytime she needed someone and that she’d be back to visit.

The story has been shared many times over by people on social media.

Remember, there are people all around the world who don’t have any friends or family, and it’s important for everybody to reach out to one another to share them that people still care.