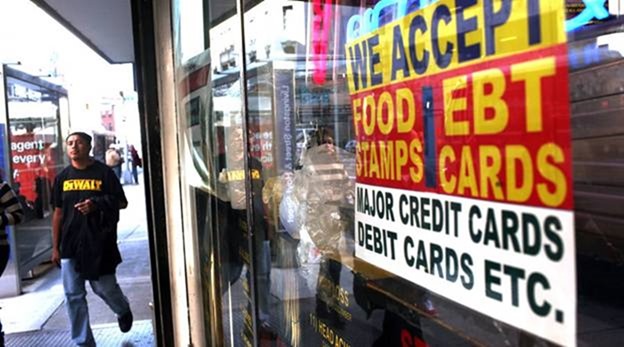 Is there a coming ban in Maine on buying soda with welfare? The Department of Health and Human Services in the state of Maine is now asking to get a waiver from the Agriculture Dept. to forbid its state citizens on welfare from being able to benefit from food stamps to buy sodas, candy, and other sugary products.

Mary Mayhew, The DHHS Commissioner of Maine, is seeking permission to prohibit anyone using SNAP(Supplemental Nutrition Assistance Program) to obtain soft drinks, chocolate, candy, and many types of sugar-based snacks with food stamps.

The Portland Press Herald has reported that Mayhew is making a point that weight problems and obesity statistics in Maine are sufficiently convincing conditions to rationalize the restriction what receivers of food stamps can get with the welfare.

Mayhew contends, “Numerous studies confirm that as much as two-thirds of Maine’s adult population is overweight or obese…This impacts the quality of life for Maine residents, and the chronic health conditions associated with obesity are costly to Maine taxpayers.”

Last fall, the Robert Wood Johnson Foundation had researched and come to the conclusion that nearly a third of the citizens of Maine were exceedingly overweight, almost three times Maine’s obesity levels of 1990.

In addition, close to 200,000 Maine residents participate in SNAP making Maine among the biggest states in terms of its citizens being on food stamps.

Mayhew also stated that the benefits of food stamps ought to concentrate on offering citizens food items that contain beneficial nourishment, packed with vitamins, minerals, and other essential elements to the body.

The Commissioner made obvious, “We do not need to debate or study whether there is any nutritional value to soda or candy.”

Maine has actually already requested the consent to stop the ability to use SNAP for sugary products. DHHS of Maine asked for an identical waiver during the fall of 2015 but the previous presidential administration rejected the request. No administration has ever approved this type of waiver due to the possibility and fears it might lead to individuals in need getting dropped from their benefits.

The Democratic Representative of Maine, Drew Gattine, stated in November of 2015 that a constraint couldn’t decrease Maine’s obesity.

Gattine claimed, “There’s no evidence that these types of efforts, this type of ban, on purchasing certain types of foods has any impact on the way that people eat.”

The most recent proposition by Maine’s DHHS comes after a new study discovering that the number one item bought most frequently by families on SNAP were soft drinks.

Mayhew expressed to WGME, “This study released confirmed our concerns”.