Right after drinking a whole fifth of tequila, a young individual in his early twenties passed away by means of alcohol poisoning.

23-year-old Kelvin Mejía accepted a bet to imbibe an entire bottle of liquor in the Vacca Lounge, a Dominican club, for several hundred dollars. 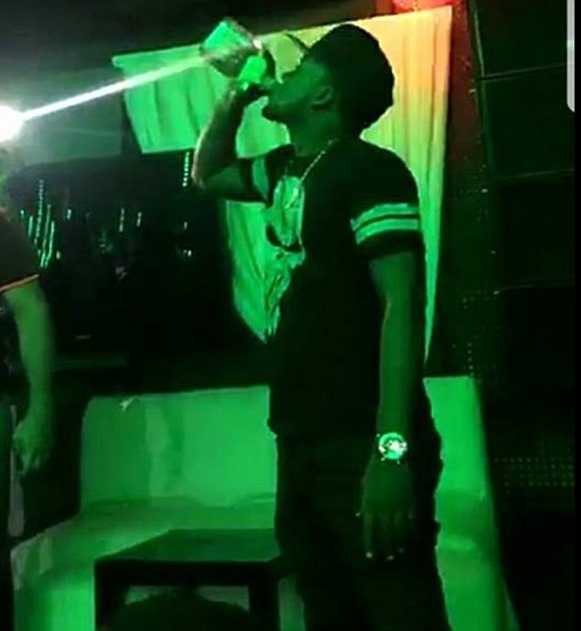 The footage captured the instant Mejía accomplished the bet til the last drop out of the bottle of alcohol.

That’s right when the man fell to the ground and was not able to gain consciousness.

The video shows Mejía downing the whole bottle with nothing left, given $630 and then in mere moments the man is having serious trouble staying upright and is propped up by a couple other guys who were nearby.

Unfortunately, he was dead just minutes after that. One of the country’s medical experts stated that Mejía’s body had shut down from severe inebriation. The ridiculous wager was viewed by many clubgoers, one of which recorded the event then submitted it to the internet.

The bet took place after the departed greeted customers who had been egging each other on to how much booze they were able to drink without stopping and then Mejía expressing that he wanted to participate, reports El Universal.

Vacca Lounge operators have tried to keep themselves isolated from the situation, declaring that the club wasn’t involved in the awful episode.