There are moments in our lives that are not our finest.  We tend to push these memories out of our head as much as humanly possible.  Sometimes, it seems that is involuntary.  It’s not completely clear whether this instance was the man pushing this event out of his mind, it not making much of an impact on him, or whether he just has a really crappy memory.

A roommate of a Tinder user recounted an episode where his roomy had a bit of a mental slip.  @osronan on Twitter said that the guy ended up talking to someone that he had already met up with, and also ended up sleeping with. 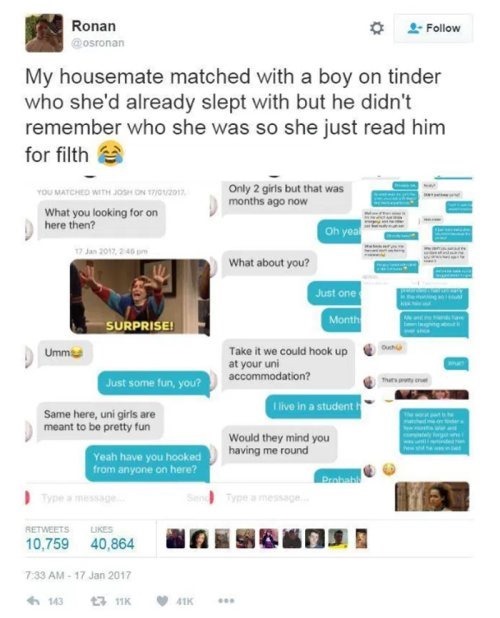 On occasion, people do have relations while they are intoxicated and that can explain a bit of memory loss of the night before.  Even during a complete blackout, most people at least will remember part of the night.  Not this guy. 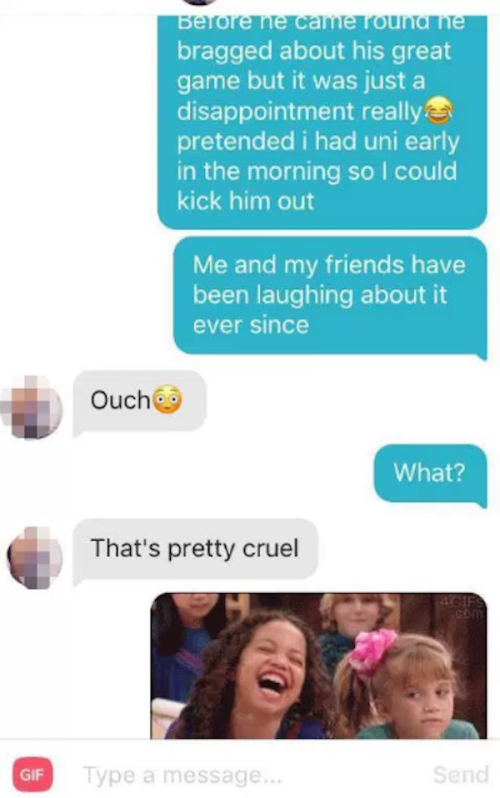 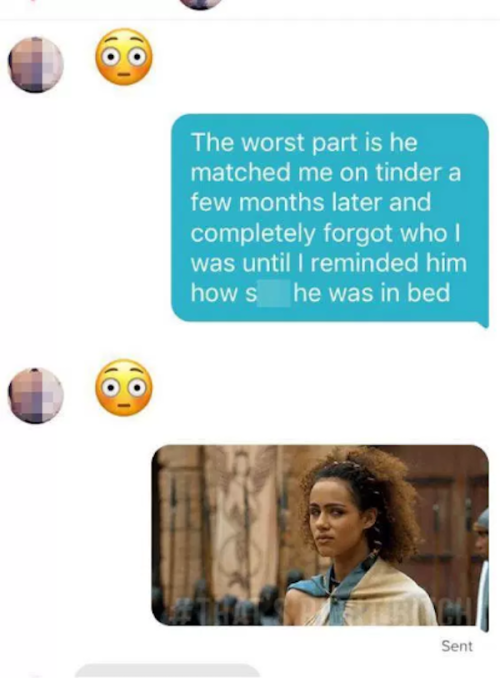 It finally ended up dawning on the guy. 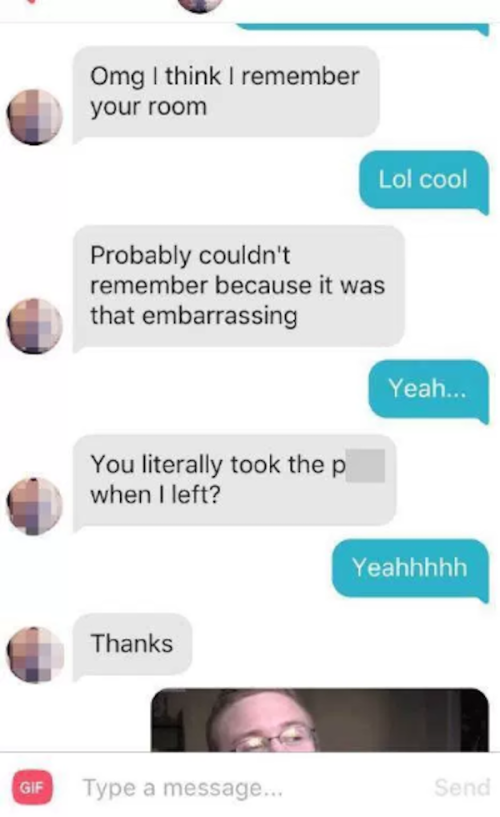 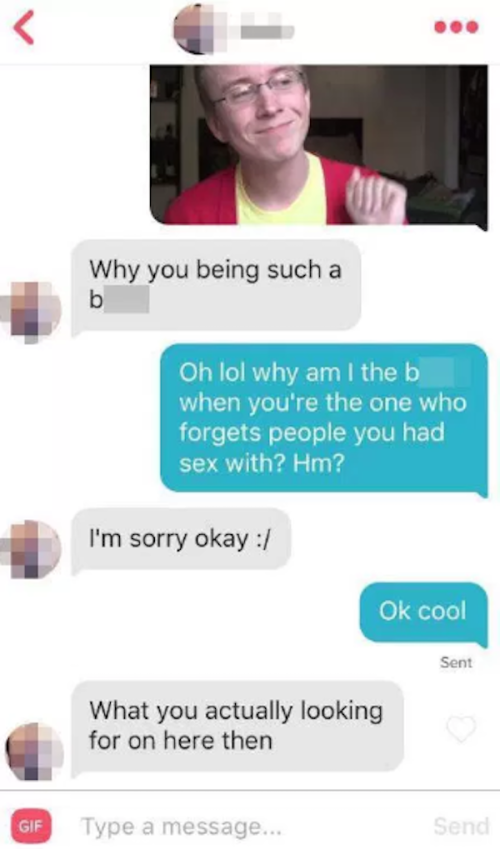 So he calls her a “b****” after he forgets that?  I think it’s safe to say this fellow has some problems.