A man named Martin Schneider decided to do an experiment on Twitter after he noticed the boss complaining about the time it took a fellow female co-worker to deal with clients.  Martin didn’t seem that he was a fan of the boss, but this was an interesting test to see how differently the clients interacted with him, vs. how they interacted with his fellow employee, Nicole.  Nicole stated that the particular problem in question did not happen all the time, but that she often faced much different treatment by the clients than Martin did.

That’s when Martin decided to impersonate Nicole and pretend he was her over email.  Everything changed vs. how he was normally treated.  Everything was questioned, lots of complaints Martin never received were sent “Nicole’s” way.  It became very apparent throughout his impersonation process that things were very different between the two workers.

After his test was complete, Martin showed the boss.  The boss didn’t fully buy it but he gave in to the decision that Martin couldn’t get on Nicole for her speed in dealing with the clients. 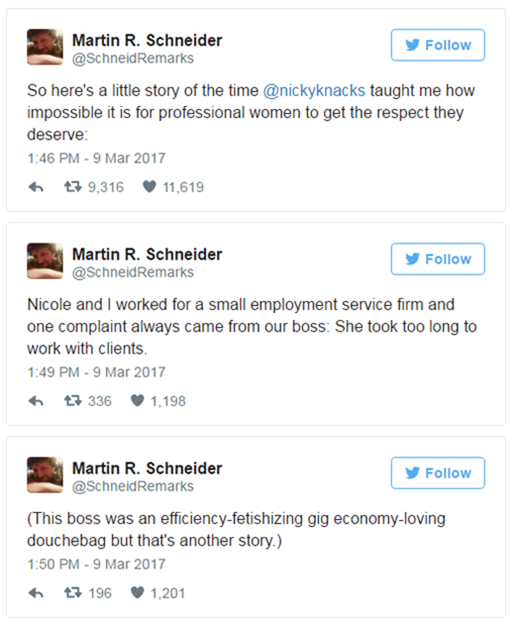 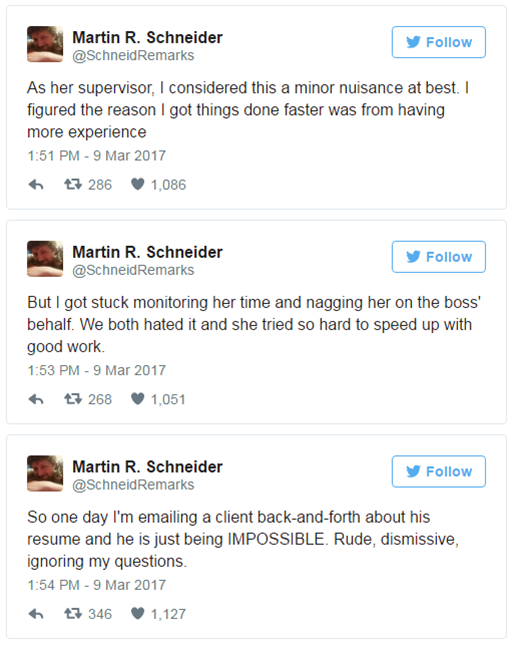 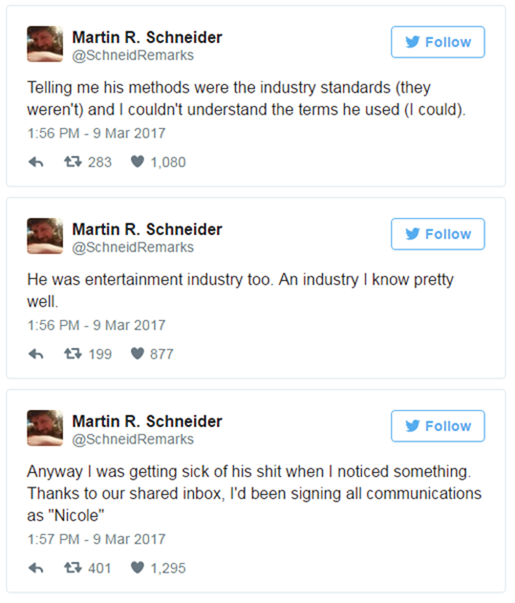 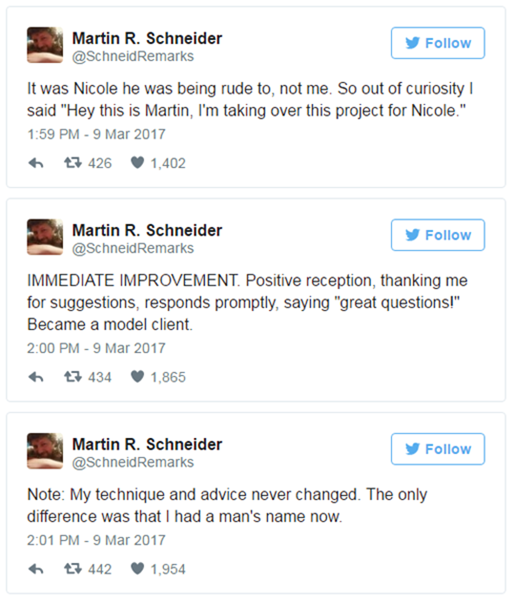 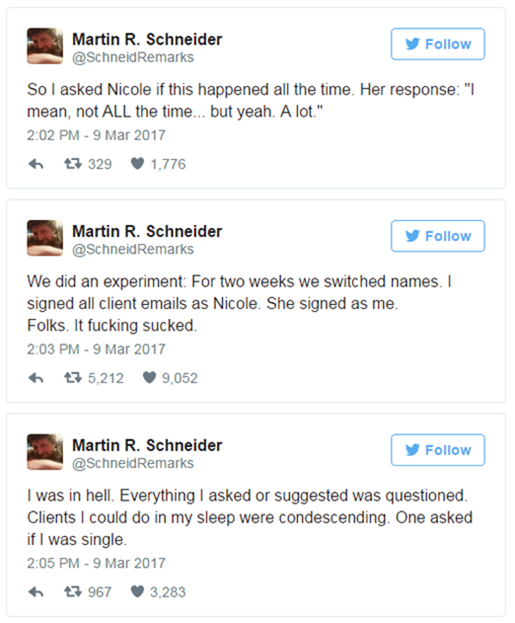 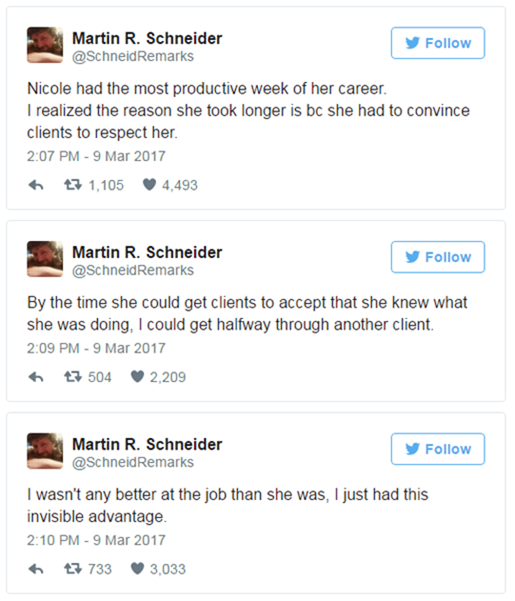 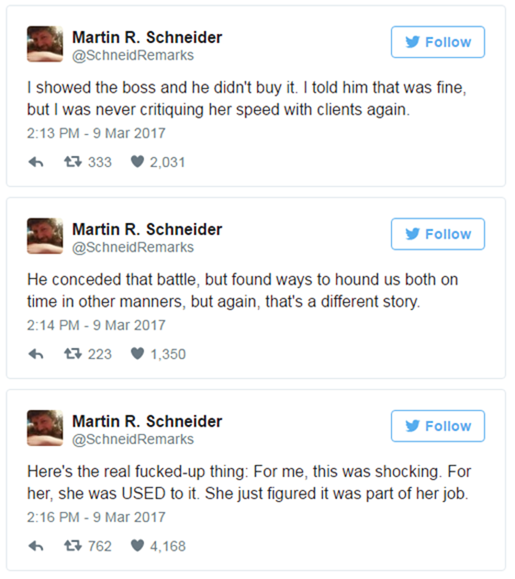 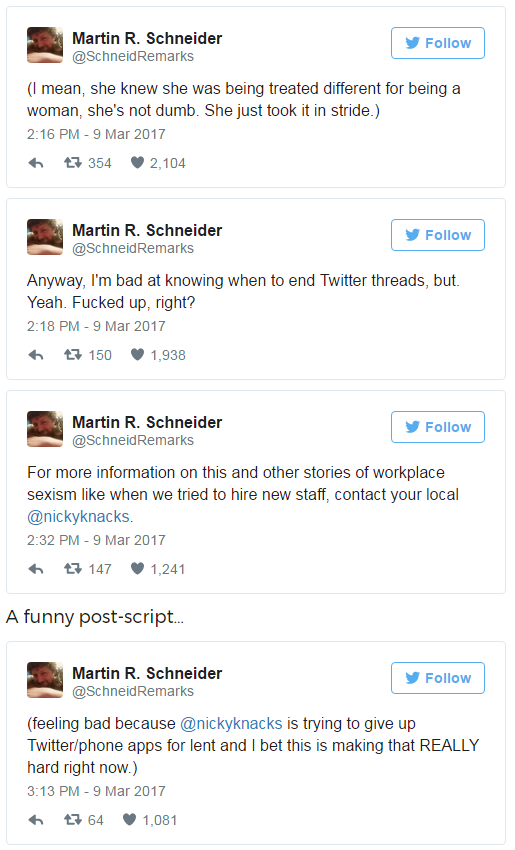 This obviously doesn’t happen at every workplace, or perhaps even most workplaces.  However; this does exist, and Martin found out.

Share this enlightening story with your friends and family, tap below!