Modern life has spawned a bevy of new words never heard even a decade ago. And unless you’re a big city dweller in a metropolis with public transportation, you may not be familiar with the term “manspreading,” so let us explain. 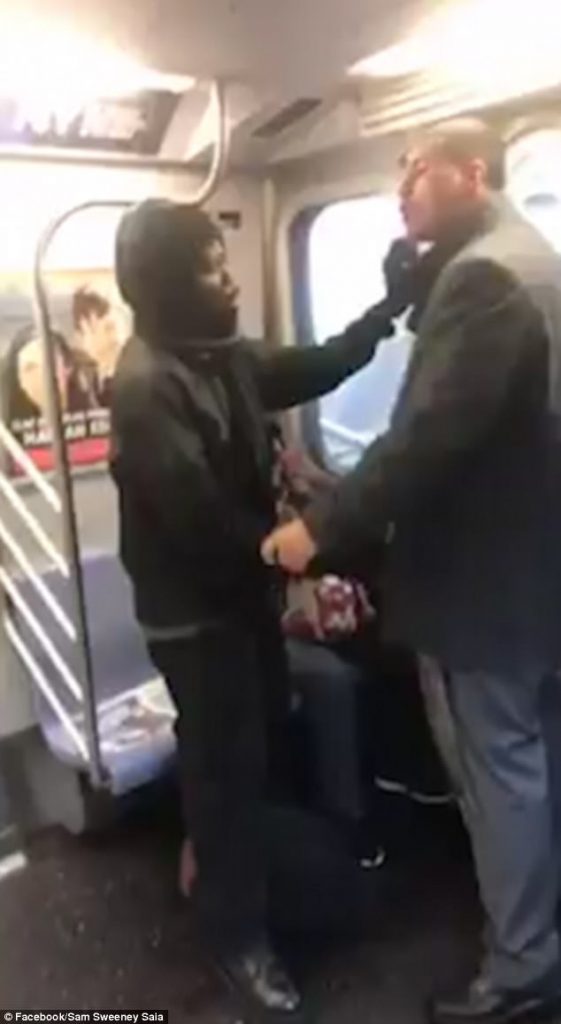 When a tall guy sits down on a public bus or train and spreads his leg wide, effectively taking up the two `adjacent seats or making whoever is sitting in them very uncomfortable, it’s called “manspreading.” And one recent incident on a Big Apple subway shows that manspreading is nothing to laugh about. 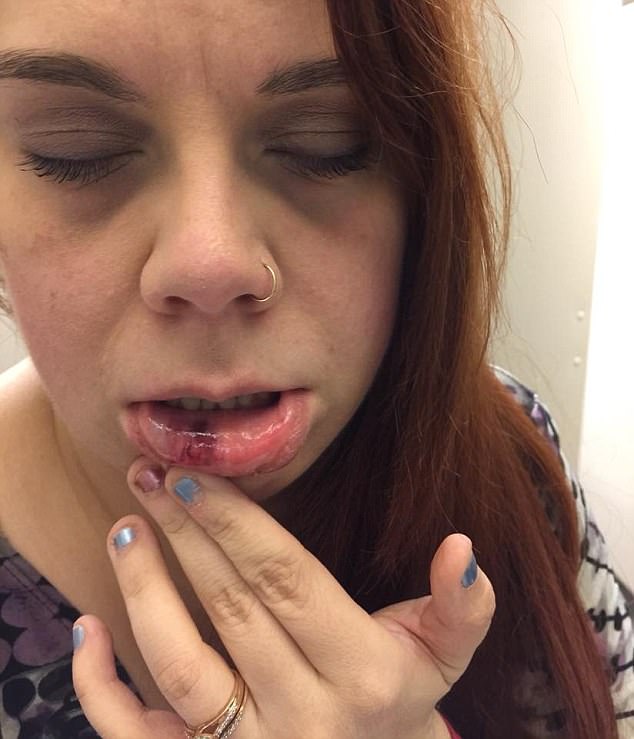 A young woman asked a man sitting next to her to pull his legs back in so she wasn’t so squished, and her request was not well-received. That’s putting it mildly: the man yelled every expletive in the book at her, and then punched her in the mouth, giving her a bloody lip.

And while another passenger caught it all on tape, the fortunate young woman, 37-year-old Sam Saia, saw her knight in shining armor appear, an off-duty, tall, strapping cop, who was completely unfazed by the much shorter and scrappier pugilist. 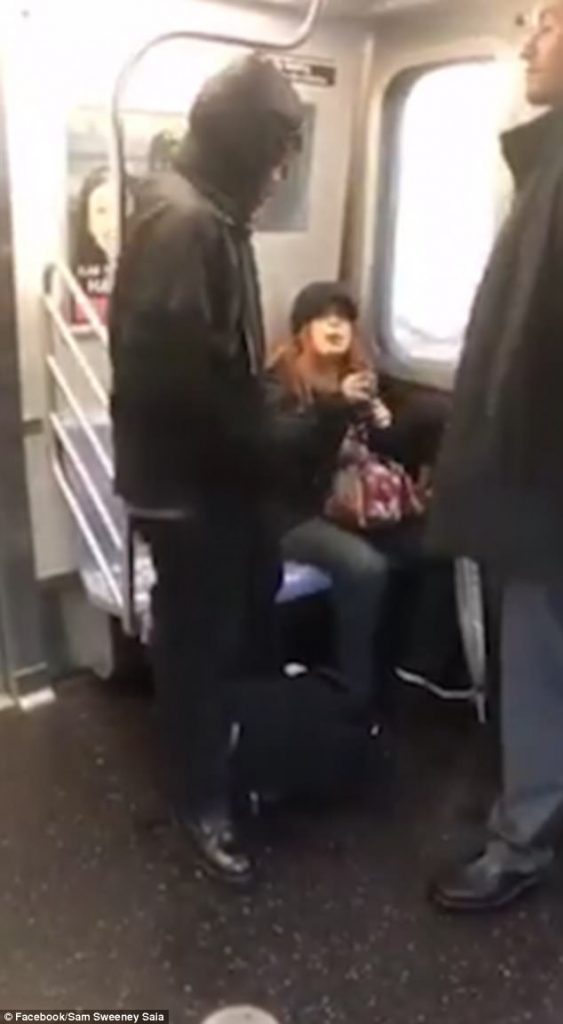 The unidentified “knight,” who surely must be the most sought-after guy in the city today for showing that chivalry isn’t dead after all, jumped right in and took over, deflecting what could surely have been a very ugly confrontation. It was early morning commuter hours, but Good Samaritan confronted the other man and looked him dead in the eye, telling him calmly but firmly to get off the train at the next stop. 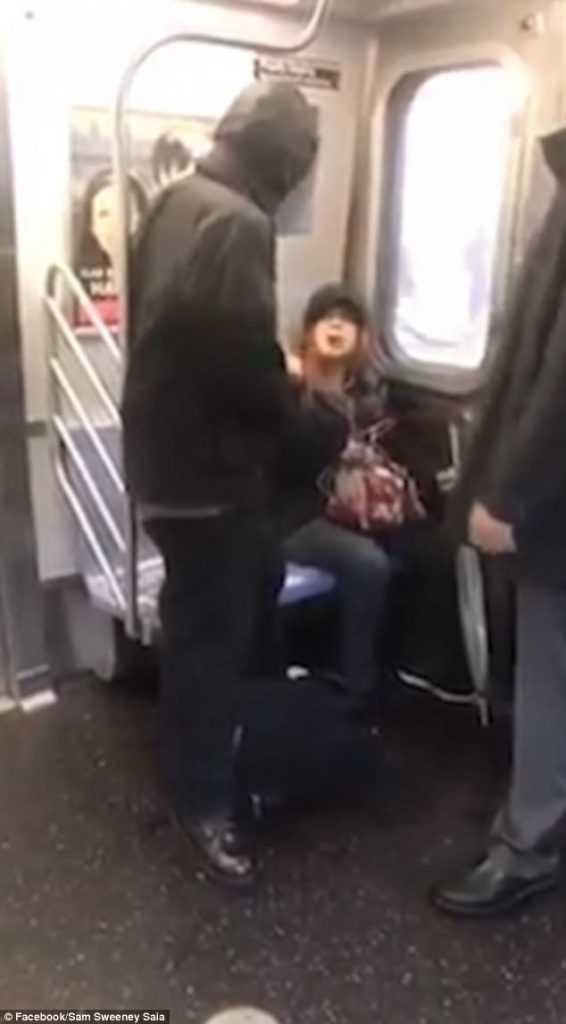 His off-duty status may have intimidated the shorter man, when he said, “I’m not on duty right now, but I will f—k you up,” while holding the man’s hands so he was unable to move. “Get the f–k off the train. Get off the train bro, you just f–king hit a lady.”

Saia posted a picture on her Facebook page later on of her badly busted lip. Another passenger posted the video of the entire encounter on his social media, and naturally, it went viral.

Even after the hitter tried to apologize to Saia, who was having none of it, the knight insisted he just get off the train at the next stop, and it looks like the puncher did just that. 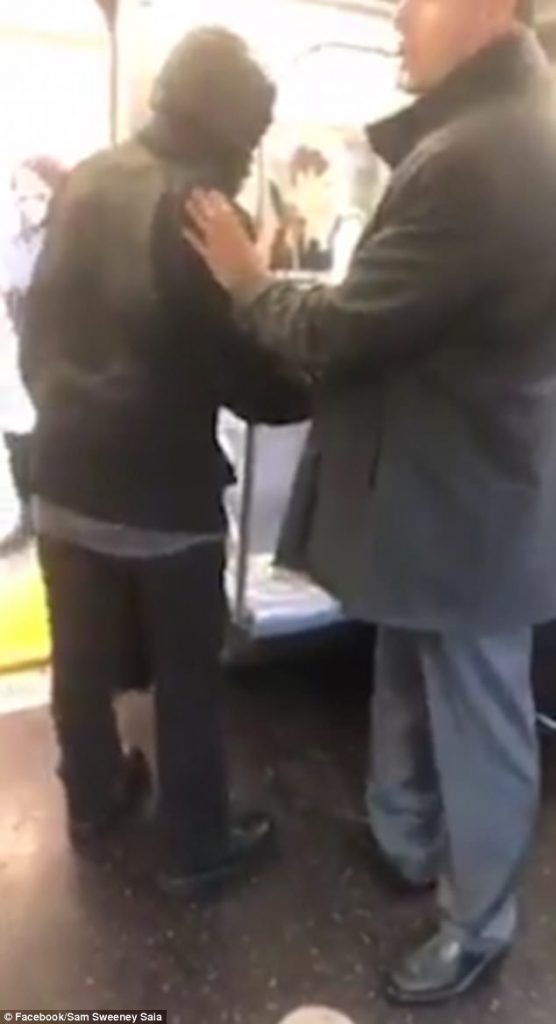 Wouldn’t it be amazing if Saia and her knight could meet up sometime and see if romance blossoms? Talk about finding out what someone’s character is like from the get-go! Well-done, Sir Lancelot.