Jane Seo, a 24-year-old and eminent food blog writer for the Huffington Post was disqualified after a Half Marathon in Florida. Among thousands of participants, she managed to finish her race in under an hour and a half with an even more magnificent pace of 6:15 per mile. That sounds great, but the problem is she not only cut her race but also went back biking in order to cover her immoral deed. To put it simply – she cheated and lied. Miami New Times wrote the whole story. 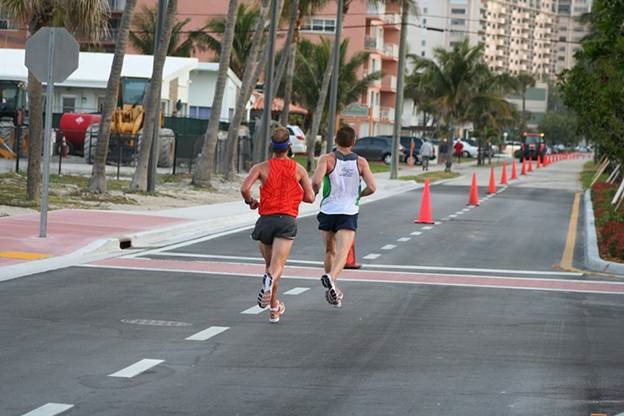 Derek Murphy is the man who unveiled her transgressions. This Marathon investigator is an expert in such cases. Two years ago, he started a website in order to check out misconducts of potential runners and participants for the famous Boston Marathon.

Now you wonder what gave her away? The key proof was her Garmin watch. But also there were other signs that showed the inconsistencies: it turned out she was faster in the second part of the Marathon, her race time, pulse and many other things than what she published online.

As Murphy studied the photos, he noticed her watch. It showed she cut the race for at least a mile. Also, Seo’s race time was longer than 22 seconds.

Though Murphy told her all about the proofs he found, she didn’t want to admit a thing.

Finally, she decided to confess everything. She even apologized on Instagram: “I made a HORRIBLE choice at the Ft. Lauderdale Half Marathon on Sunday, Feb. 20. I wasn’t feeling well so I CUT THE COURSE and headed to the finish line. I got swept away in the moment and pretended I ran the entire course, when in fact, I CHEATED and should have DISQUALIFIED myself.” Later on, she deleted this post.

She was sorry for her unethical behavior:”What an idiot I was! As I admit to my foolishness, I am extremely ashamed. I sincerely apology for bringing negativity out of the running community that I truly admire and respect. I take full credit for this mistake without any excuses and will face the consequences. I am so sorry, everyone.”

Of course, she was disqualified.

Murphy gave an interview for Miami New Times: “Had she just admitted what she did, I would never have heard of her, nor written about her. But going back and biking the course to cover up… that’s unheard of.”

Everything is better than lying and cheating.