A man with just months to live was attacked by teenagers who left him barely able to walk.

The terminally ill 48-year-old was punched and kicked on his way to a Chinese takeaway in Middlesbrough, North Yorkshire.

Six thugs left Mark Walker with a swollen eye as well as cuts and bruises on his face after Friday night’s assault. 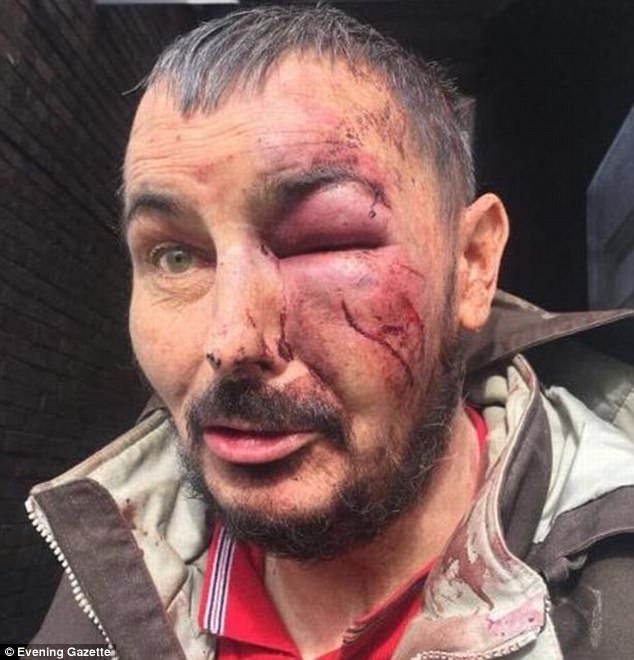 The savage beating landed in his hospital as his niece Jodie Moore said that her uncle was already struggling with severe health issues.

‘Mark can barely walk,’ she said. ‘He is really poorly. What if anything happens to him this week?’

Ms. Moore claims crime is rampant in the neighborhood and said youths rule the town.

‘They aren’t even kids they are animals,’ she said. ‘It’s the same kids doing all these attacks. What’s it going to take, someone, murdered before something is done?’

A spokesperson for the Middlesbrough Neighbourhood Policing Team said they are aware of ‘rumors circulating’ about an incident.

On Facebook, the force wrote: ‘We would like to clarify that we are aware of this incident, have made contact with the victim’s family and inquiries are ongoing.’

Police escalated patrols on estates in the town after reports of growing trouble in certain areas.

This latest attack comes despite heightened police patrols prompted by escalating trouble in the estates of Berwick Hills, Pallister Park and Belle Vue. 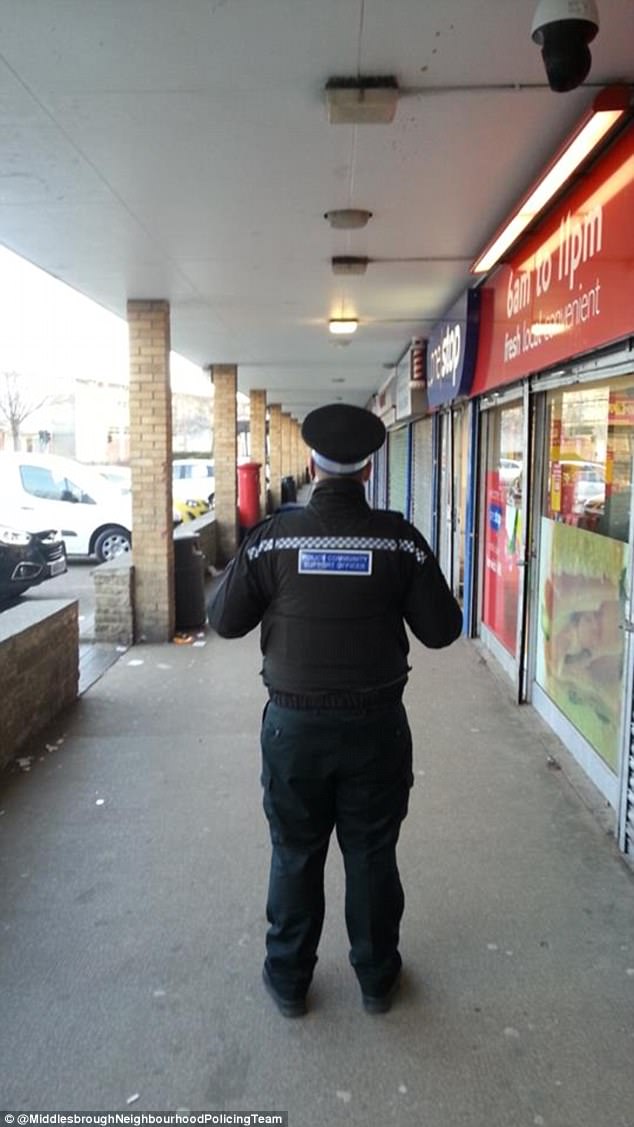 On March 2, a man was left pouring with blood after an attack by a gang of six boys outside the One Stop convenience store at Norfolk Shops.

And last week, gangs of youths threatened and assaulted several passersby with a baseball bat at the Crossfell Road footbridge.

Victims included a 14-year-old girl who was forced to hand over her mobile and a 26-year-old man who suffered injuries requiring hospital treatment.

Officers have carried out high visibility patrols at shops, parks and around the estates – and were out on the streets on the night Mr. Walker was attacked.

A total of 14 teenagers and two 12-year-olds have been arrested so far for offenses including robbery, serious assault, criminal damage and violent disorder since the crackdown began.