Four men could be charged with a hate crime after being accused of shouting anti-gay slurs while brutally beating a same-sex couple following Miami Beach’s gay pride parade this weekend.

The suspects surrendered to police through their attorney on Tuesday afternoon, after surveillance video was released by the Miami Beach Police Department showing them punching Dmitry Logunov and his boyfriend, Rene Chalacra, in the face and knocking them to the ground.

The beating left the victims with multiple facial injuries, including cuts and bruises. Chalacra was briefly knocked out, an arrest report said. 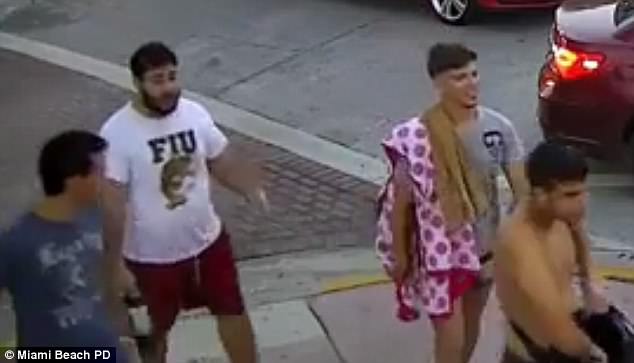 Caught: These four men on Tuesday surrendered to police in connection to a Sunday attack on a gay couple in Miami Beach that followed the city’s pride parade 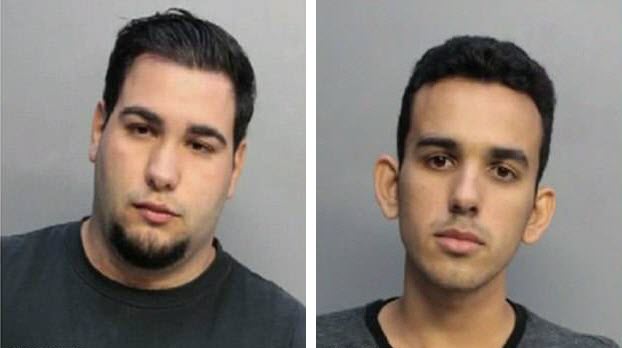 Pablo Romo-Figueroa, 21 (left) and Adonis Diaz, 21 (right) are two of the suspects charged with aggravated battery 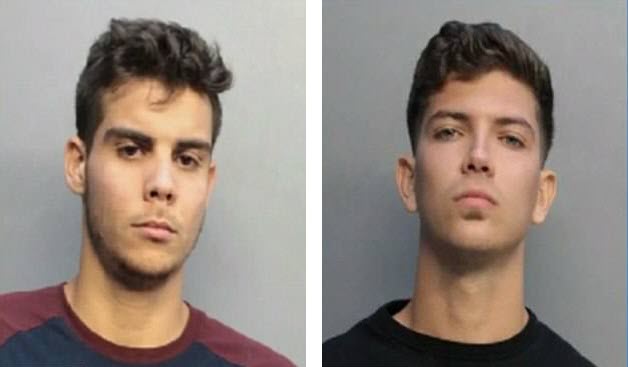 Luis Alonso-Piovet, 20 (left) and Juan Lopez, 21 (right) could be looking at additional hate crime charges, along with their alleged accomplices

The victims told investigators they were holding hands after leaving a public bathroom located at Ocean Drive and 6 Lummus Street North just before 7.50pm on Sunday when the men approached, calling them an anti-gay slur in Spanish and attacking them physically.

Speaking to Local 10, Logunov added: ‘I fell on the ground and somebody started beating me up. I didn’t even see the faces. It was that quick. He [Chalacra] tried to protect me.’

A good Samaritan who tried to come to the victims’ defense also was attacked and sustained a head injury, Miami Beach police said.

Helmut Muller Estrada tried to help the victims, according to the Miami Herald.

He told police he chased after the attackers and told them to wait for police to arrive, but they surrounded him and knocked him down before fleeing. 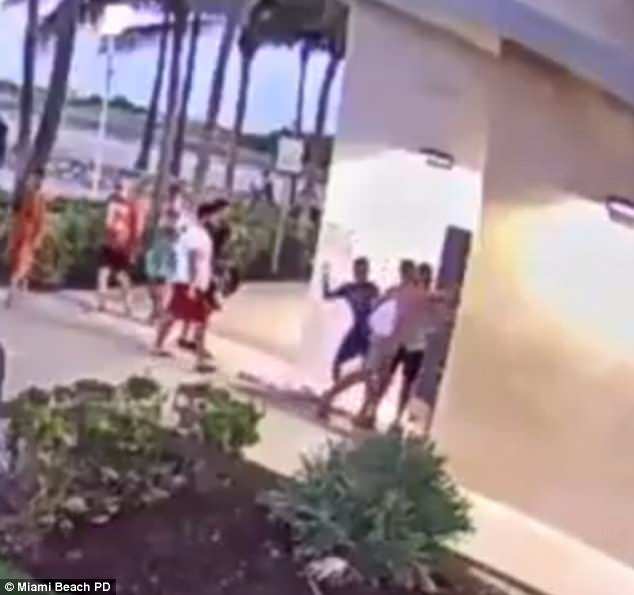 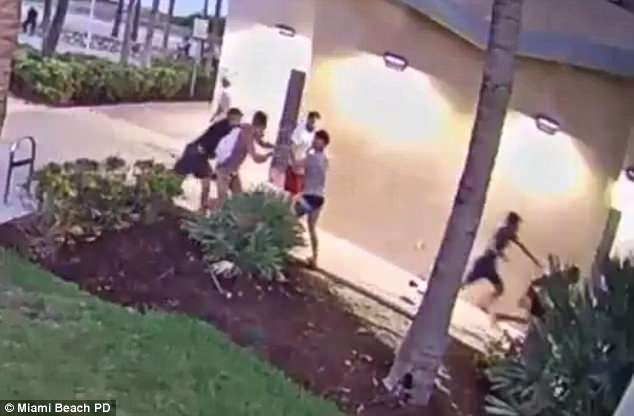 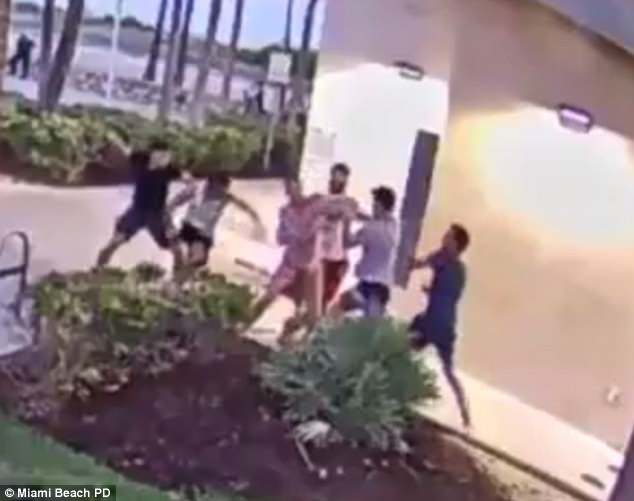 Both men seen being pummeled in this screenshot suffered facial injuries, cuts, and bruises 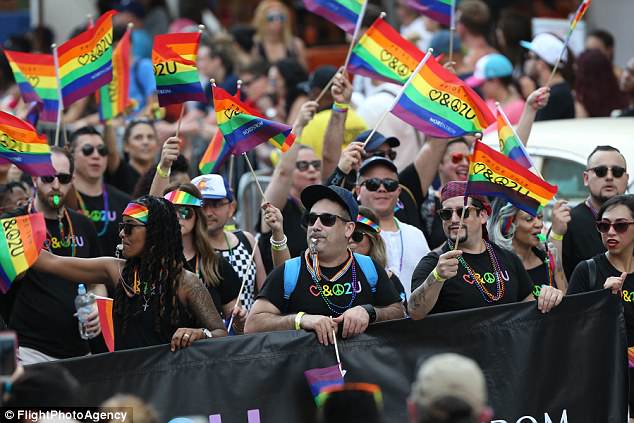 He was taken to Mount Sinai Medical Center for treatment, which included getting four staples to close a wound on the back of his head.

They are charged with aggravated battery, but the charges could be enhanced under state law if they are classified as hate crimes. All four were released on Wednesday after posting bond.

Miami Beach Mayor Dan Gelber said the attack ‘was despicable to see and hear about, especially during a week when we celebrate our diversity.’ 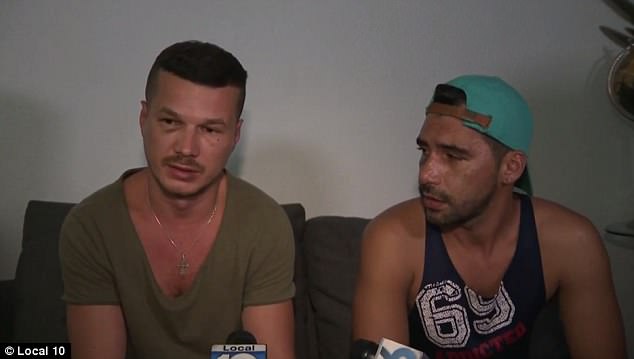 Dmitry Logunov (left) and his boyfriend, Rene Chalacra (right) say they were holding hands when they were attacked by the suspects on April 8 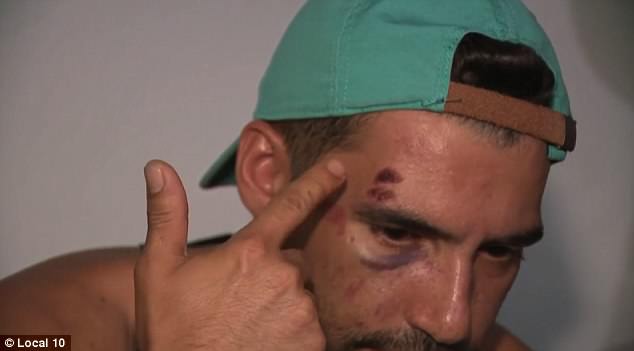