She posted a photo of her on the toilet with her child in the bathroom with her. She captioned her photo that it took 15 minutes to strap her child to her back just to use the bathroom. 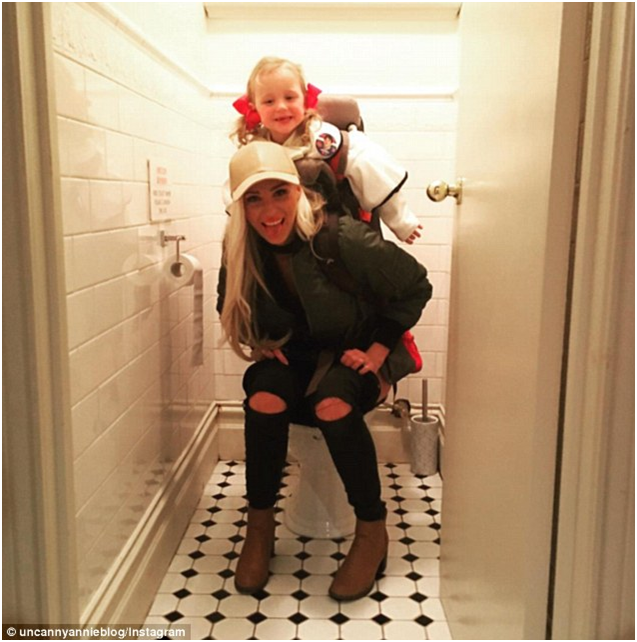 Nolan wrote that her daughter follows her to the bathroom all the time anyway, so she just strapped her to a seat and put her on back.

One woman – a grandmother – said she sits with the door open and talks to her grandkids while in the bathroom. She said it’s supposed to be her private time, but she likes it the way it is now.

Another mother chimed in, saying she knows how Nolan feels. It’s a way to make things work, she said.

Nolan stirred up controversy with her post about banning her three children from talking to strangers unless they were a parent or teacher present. She said she’s not an expert in the field but a parent who feels strongly about the matter.