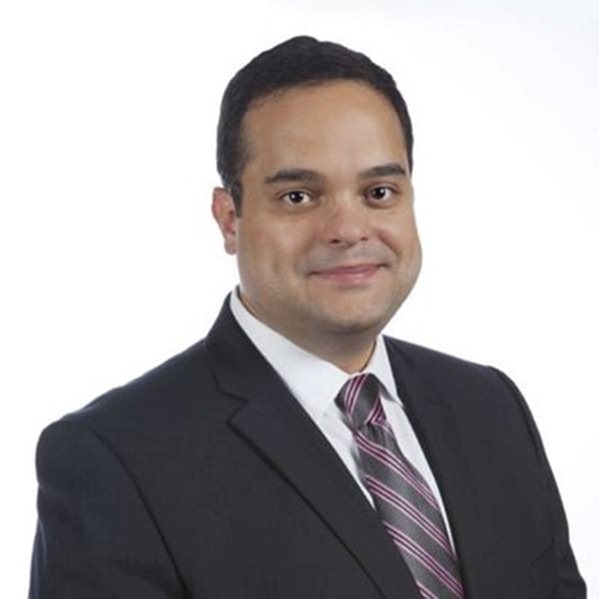 A staff member from the Hillary Clinton presidential campaign named Dan Grilo insulted the spouse of deceased Navy SEAL Ryan Owens. The Navy Seal was killed in action a little more than a month ago in a special operations mission in Yemen.

The widow of Ryan Owens, Carryn Owens, was met with minutes of the audience’s applause during President Trump’s address to a joint session of Congress, After President Trump gave a few lines of remembrance for Owens and his sacrifice to the nation, Owens’ wife stood up holding back tears as almost everyone in the crowd was seen clapping. However not everyone was satisfied with the act of remembrance. Dan Grillo launched a verbal assault into the widow on Twitter. Grilo lashed out, “you’re not helping yourself or your husband’s memory standing there and clapping like an idiot.” He also added, “Trump used you.” 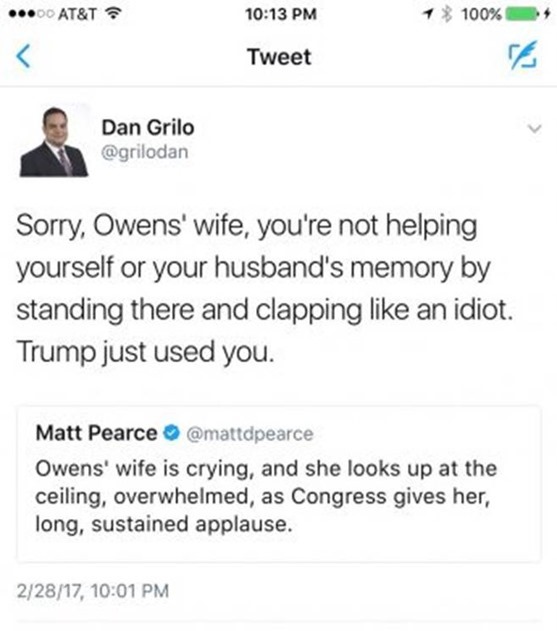 In no time of tweeting such a questionable and disparaging comment, there was a massive hostility coming his way. Just a few moments later, the former Hillary Clinton staffer changed his account status to private so no other users could see his Tweets. Shortly after that, he deleted his account entirely.

That didn’t save Grilo from instant backlash, as evidenced by a few of these tweets: 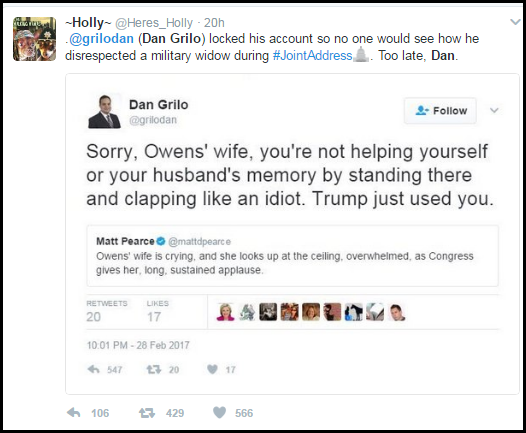 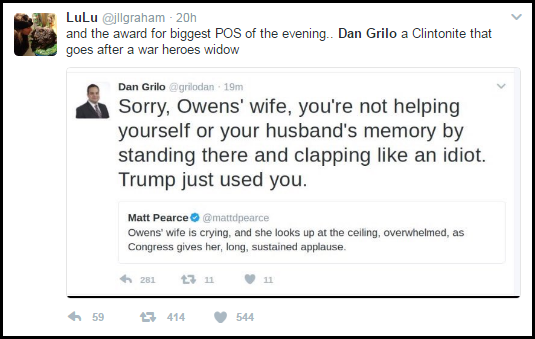 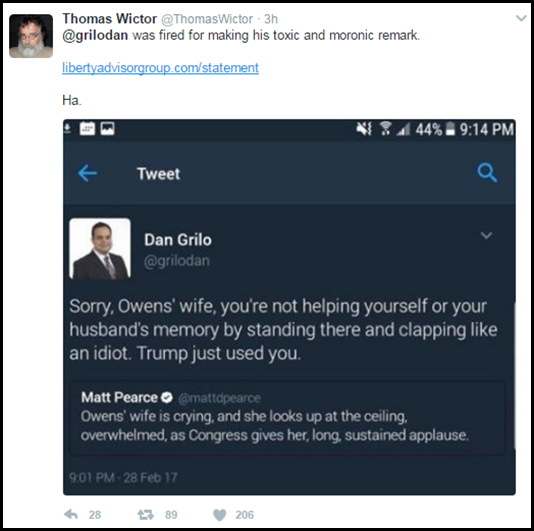 And another user linked to what was his current employer, who now it seems is no longer his employer according to this statement. 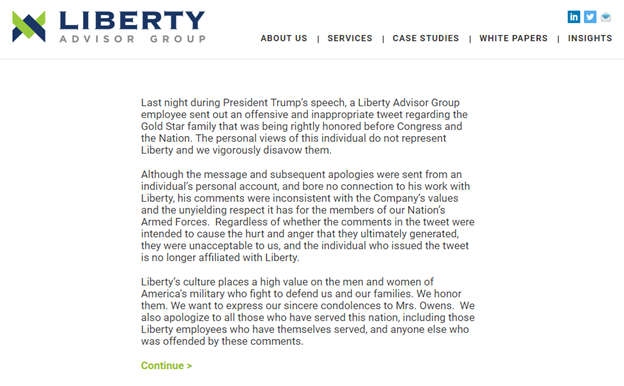 Some people cannot control themselves in this political climate.