An owner of a California sushi restaurant, Steve Wayte, states he’s been required to employ professional security to stay at his establishment soon after he posted a comment on Facebook regarding how Hispanic people tip at restaurants.

The owner of Roll One For Mi in Fresno, CA, went on Facebook several days ago once he was advised by his restaurant employees that several tables of customers who looked like they were Hispanic apparently departed the eatery and hadn’t left a tip.

The businessman’s original post expressed, “My servers are thinking about building a wall around the restaurant. Why don’t many Hispanics tip?” 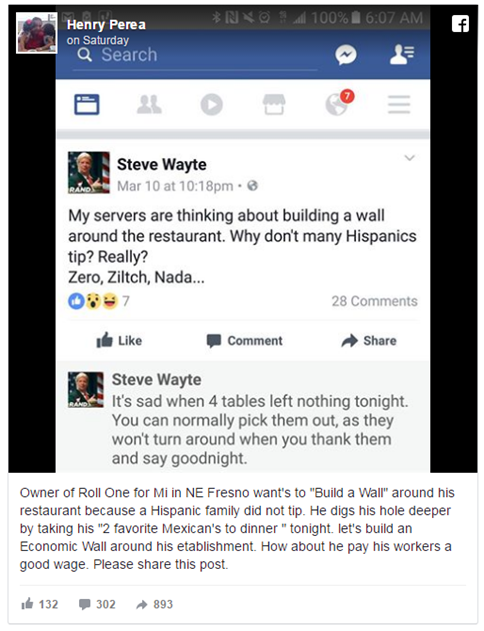 Wayte removed that comment, in addition to all of his Facebook pages, both professional and personal. He also says that Roll One For Mi’s phone has been flooded with people dialing in by those who came across the comment. One woman who kept calling the restaurant inquired if the dining establishment would serve food to Hispanics, and once she had been told that the business does, in fact, serve Hispanics, she made a reservation.

The owner questioned if the caller was actually going to show up after booking the table, but Wayte thought he’d employ security before the woman showed up just in case she was disgruntled to the point of possibly causing a serious issue.

Even though Wayte went to the extent of hiring security, he states his comment was only in jest.

The owner, who informed correspondents who had shown up to his Sushi restaurant to report on the matter, said the concept of the wall at the border isn’t even something he agrees with. “I’m a smart-alec, and I like to be provocative. And apparently I was a little too provocative,” Wayte alleged.

Many Fresno residents and FB users were quite offended with Wayte’s comment. Many of them expressed their feelings in responses such as the following: 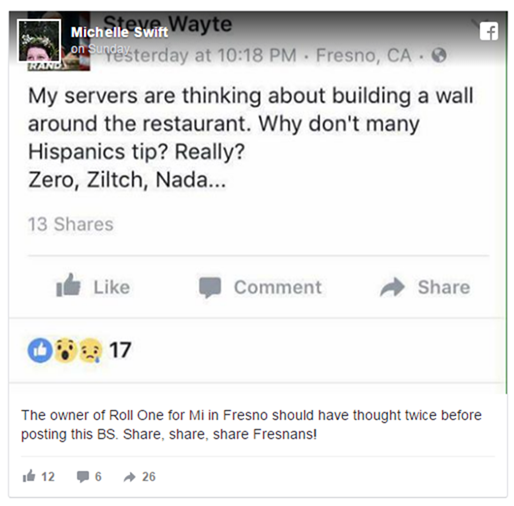 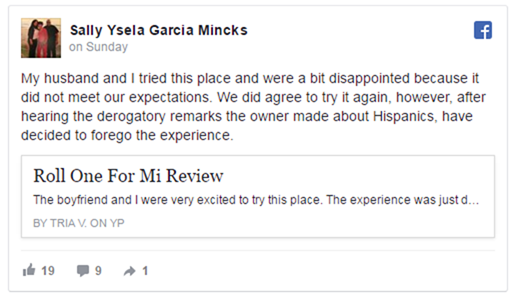 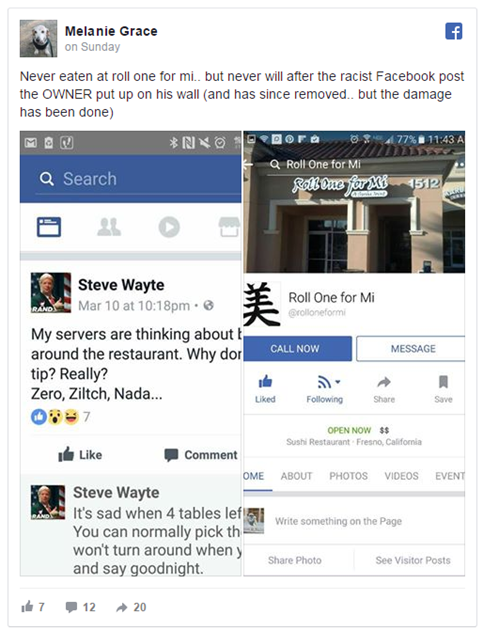 At the same time and in contradiction to all the negative attention, Wayte asserts that he’s gotten lots of emails backing him up and notes that were placed underneath his establishment’s entrance.

Carlos Rucker, a Mexican-American and one of the servers at Roll One For Mi explained the comment Wayte posted hadn’t upset him. On the contrary, Rucker appeared to make a case for the owner’s comment, proclaiming that Hispanics may not leave tips because of “a cultural thing.”

Wayte concluded that he’s ready for the situation to be over:“I just want to get this behind me and get on with my life.”

What do you think of this owner’s comments?  Start a conversation by sharing below