Two men sentenced to prison in 1992 for a Central Park rape their accuser now acknowledges never happened returned to a courtroom on Monday to have their convictions vacated.

A judge in state Supreme Court in Manhattan exonerated VanDyke Perry and Gregory Counts, who had always maintained their innocence.

Perry, then 21, and Counts, then 19, were accused by a woman who said they and another man kidnapped her and then raped her in the park in 1991 as part of an ongoing dispute with her then-boyfriend.

There was no material evidence connecting the men to any assault, and by the time of the 1992 trial, the woman had stopped cooperating with prosecutors, who had to get a material witness order to make sure she testified. 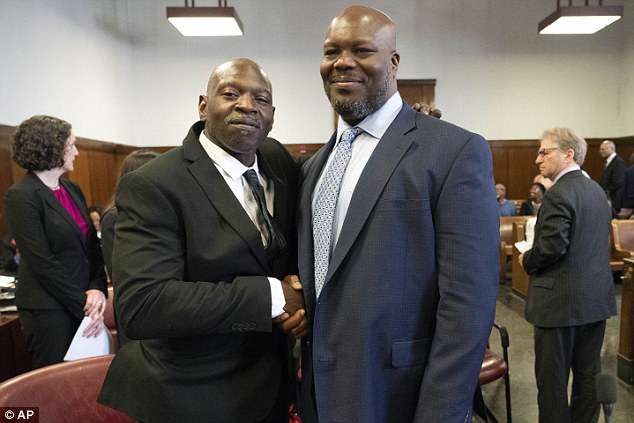 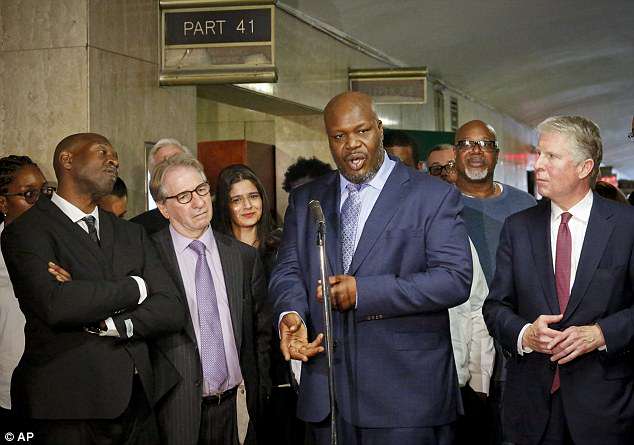 Nevertheless, the men were convicted of charges including first-degree rape.

The third man was never apprehended in connection with the woman’s bogus rape accusation.

Perry said the case spawned by the woman’s lies ‘really destroyed my life.’ 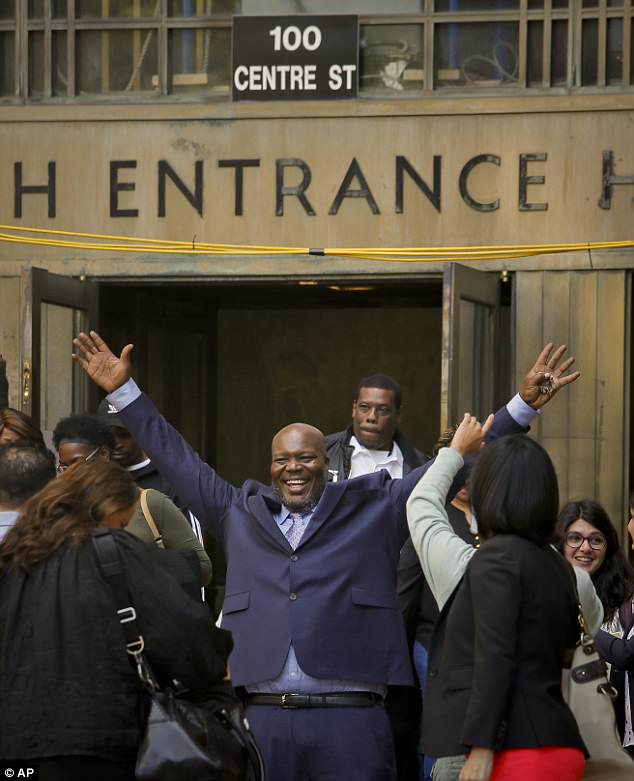 ‘I couldn’t get decent jobs,’ he said in a statement.

‘But I’m determined. I have kids, and I had to strive for them. Even when my back was hurting, and I started getting grey hair too young from working so hard, I had faith.’

Counts reached out to the Innocence Project, which is 2014 began investigating the case, later joined by prosecutors.

Testing was done on DNA found on the woman’s underwear, which led to another man.

The woman told investigators that in 1991 she sold sex for drugs and that the DNA may have come from that.

Additional investigation and review led to the third man who initially was accused by the woman.

Investigators interviewed him, and he told them other information that undermined the woman’s account of being assaulted.

Investigators then spoke to the woman again, and she recanted.

She told them she had been pressured into making the claim by her boyfriend, who was under suspicion of shooting Perry.

The woman doesn’t face charges for her lies because the statute of limitations has expired.

The Office of the Appellate Defender, representing Perry, didn’t publicly identify the woman or her boyfriend.