There is no doubt that anything a person puts on the Internet will go viral. For example, @SadderDre ordered a pizza and made a complaint to the company about its botched delivery.

According to @SadderDre, the 19-year-old had ordered a Domino’s pizza and was upset that, when he opened the box, he didn’t see any of the toppings he had paid for. He decided to send Dominos a tweet about it. 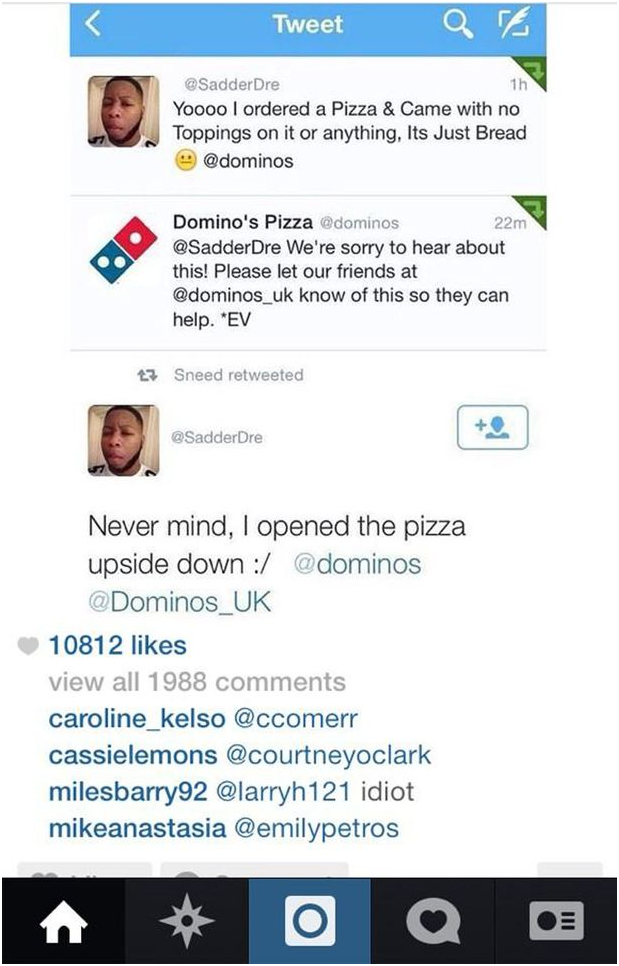 The pizza company issued an apology and informed the young man to reach out to Dominos UK.

A short time later, he tweeted back saying he made a huge mistake. He said he opened the pizza box the wrong way and the pizza was upside down.

His mistake has been retweeted and shared thousands of times.