Noah, 9, was at a Denny’s restaurant with his mother when he saw a Lakeland, Florida police officer eating breakfast alone. The little boy became nervous but told his mother that he wanted to do something nice for the officer.

Noah, who has aspirations to become an officer, asked his mother if he could say Hi to him. His mother, Amanda Cantin, said yes. Unfortunately, Noah had no idea what to really say to the officer. So, he did the next thing he could think of. He took his birthday money and paid for the officer’s breakfast.

When they got the officer’s receipt from the waitress, Noah wrote, “I want to be you when I grow up. Thank you for your service.” 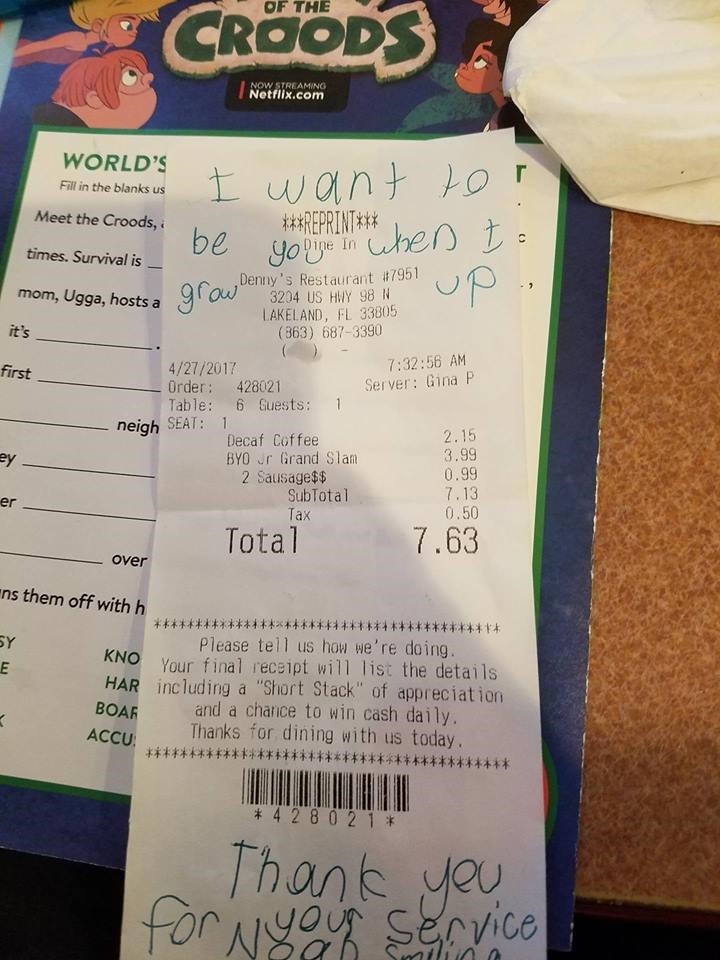 Noah walked slowly to the officer and gave him the note. The officer, Eddie Benitez, was shocked. He got up out of his seat to take a picture with the little boy.

Cantin said the officer looked shocked by her son’s gesture.

Benitez said the note was everything to him. He said an officer puts on the uniform and gets out there. Benitez said all he wants to be is a good example for young men and women.

The Lakeland Police Department shared the picture on their Facebook page and thanked the nine-year-old for his heartfelt gesture. They wrote that his support touched the department and that it meant so much to them. 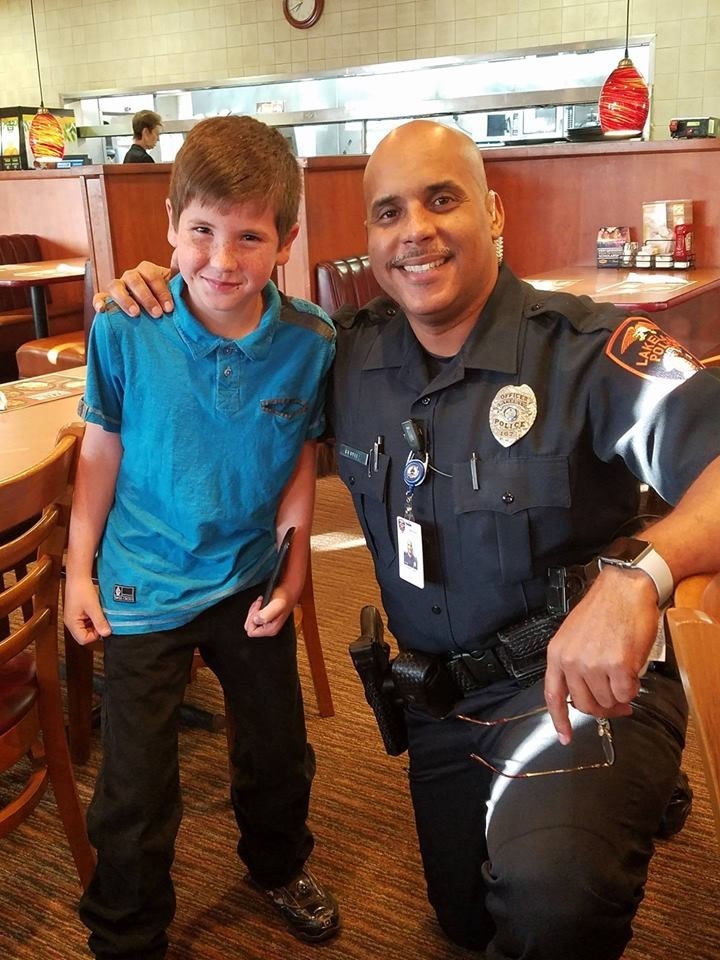 Noah said he wants to make the world a better place by capturing the bad guys.

Cantin said if her son does become an officer, she’ll be proud of her son’s choice.