The story of a young boy’s attempt to comfort police officers in Charlotte, North Carolina, has gone viral on Facebook. 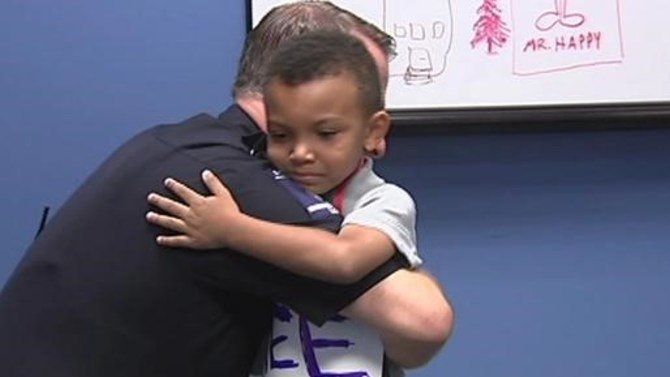 Deanna Hooker said that her 5-year-old son, Jayden, woke up on the night of Sept. 21 to the sound of helicopters and police sirens as law enforcement tried to manage the unrest caused by the shootingdeath of Keith Lamont Scott on Sept. 20.

“My son heard helicopters and sirens all night and woke up crying,” Deanna wrote in a Facebook post shared by Love What Matters.

On the way to school the next morning, she said Jayden heard on the radio that police officers had been injured during the protests. That’s when he decided he’d like to do something about it.

“He asked me if he could bring the police donuts and give them hugs for all they do,” she wrote. “It is amazing how much children can teach us during times like this.” 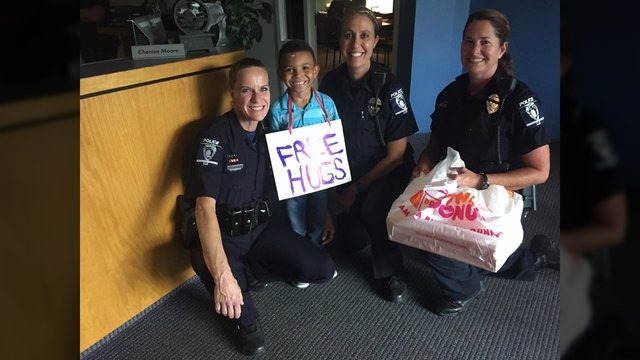 Deanna took Jayden to the police station. He arrived wearing a “Free Hugs” sign around his neck and carrying doughnuts.

“I’m happy the police officers didn’t get really hurt,” Jayden said, according to WPVI. “I want you to stay safe and I don’t want anybody to hurt you.” 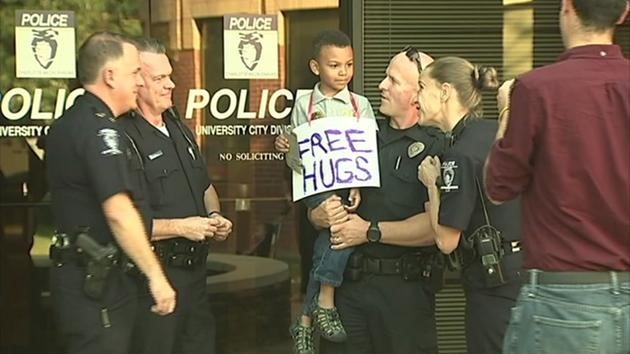 Jayden’s act of kindness reportedly brought some of the officers to tears.

“This is love in its purest form and what our world needs right now,” Deanna wrote.