If you think you’ve heard everything, follow this! It’s absolutely unbelievable.

Read the messages between a pregnant (PW) and not pregnant woman (NPW), though it’s not clear if the second person is a woman or a man.

Anyway, the first one thinks the other one is a girlfriend of her baby’s father. The pregnant woman turns out to be on a wrong track… 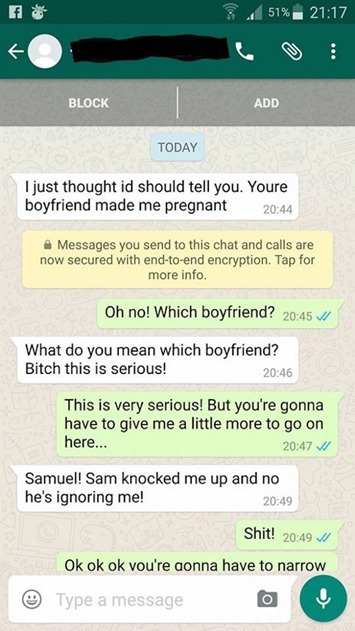 NPW receives a message from an unknown person: “I just thought id [sic] should tell you. Youre [sic] boyfriend made me pregnant.” She answers back: “Oh no! Which boyfriend?”

PW is obviously quite angry at Sam and at this point, NPW starts her nasty game..

First, she sends her loads of pictures of popular Sams. 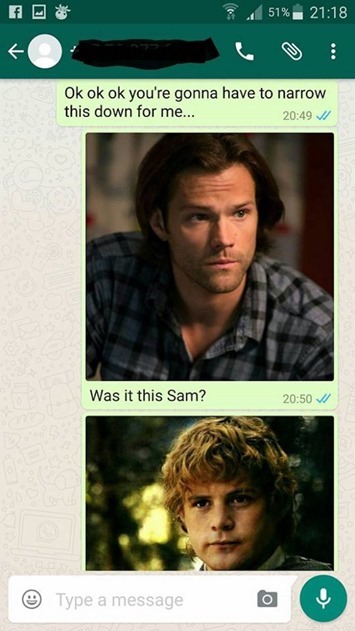 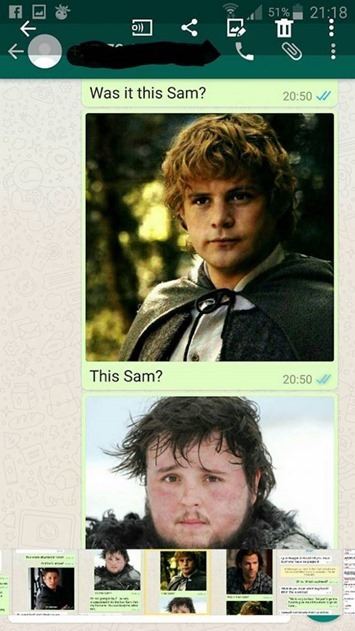 Now PW thinks that the girl loves Sam that much she doesn’t see how bad the guy is. 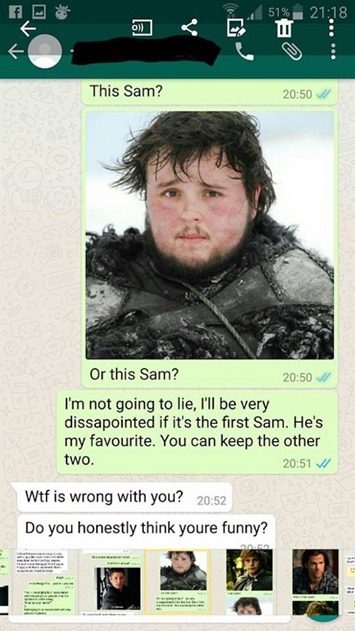 Now she’s well aware of the fact that she’s dealing with a nut. 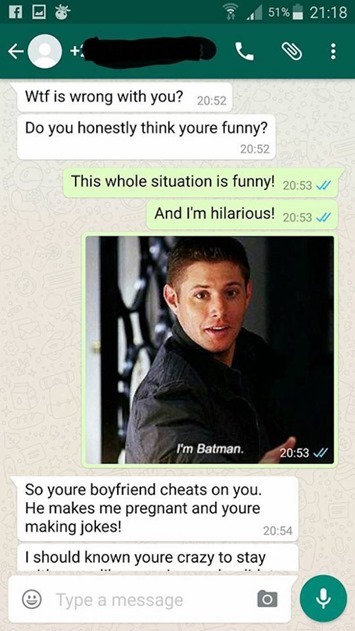 Now she decides it’s time to teach her a lesson. 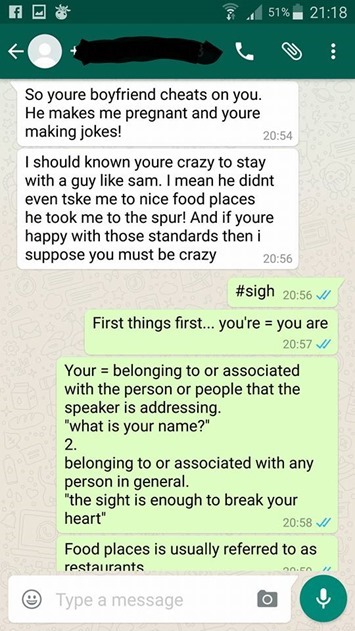 She gives her a grammar lesson in order to make fun of her illiterate messages. 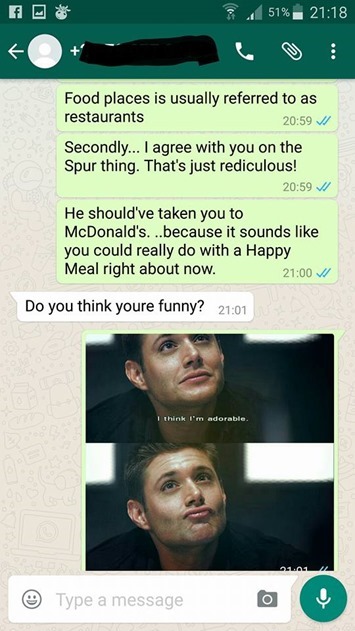 PW is now really angry. She says she wants Sam and if NPW “has” him. NPW answers she’s actually keeping him locked in the boot of her car. 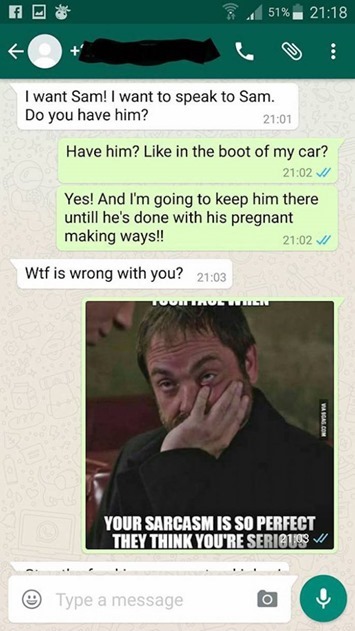 On the other hand, he’s safe for a while…But at least he would stay out of trouble.

Now it seems PW is fed up with jokes… 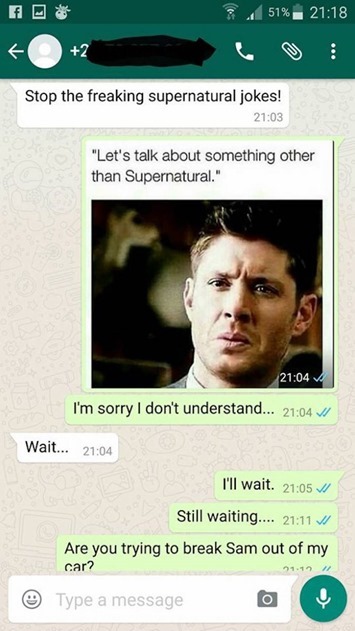 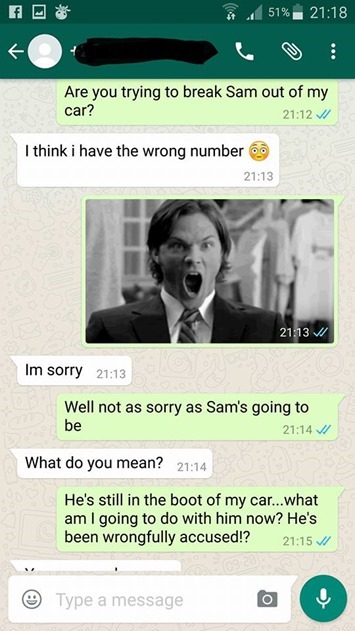 PW feels bad about everything, but…the NPW goes on with her game so PW calls her a psycho. 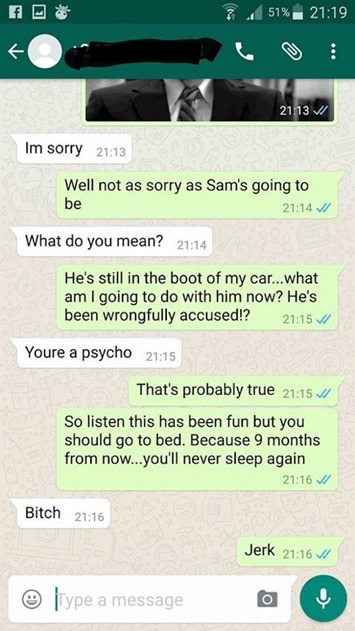 And the game is over.

At least, this time she was close to using – you’re – in a grammatically correct way.

Who knows…maybe she’s learned some other, more important things from all this.