Anybody that was headed to the New York City Apple shop around the Chelsea area Tuesday night saw a quite ridiculous and strange image. There was a massive projected picture of a knocked up Donald Trump being embraced by Vladimir Putin. 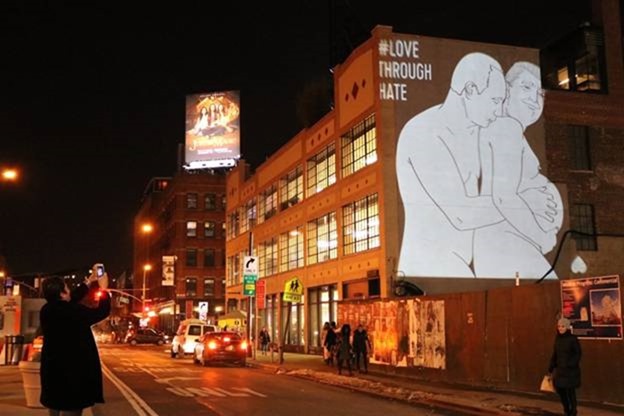 On the corner of 15th Street and Ninth Avenue, the suggestive Trump-Putin graphic was cast on one of the sides of the property.

The trick was synchronized through the Hater app, which is a dating app that matches you up with random similar users to you driven by issues you both don’t like. The image appeared alongside Hater’s logo and the organization’s motto, “Love Through Hate.” As it happens almost 80% of Hater’s hundreds of thousands of regular app participants declare that they “hate” Donald Trump.

Hater’s founder Brendan Alper, proclaimed “There’s a lot of tension out there, regardless of which side you’re on,” Alper continued, “We’re just trying to make people laugh. Through humor, hate can turn into love.”

More than one of these projected images popped up around the city. Hater displayed identical pictures in a different area of NYC on a CVS store at 8th Ave and 14th St., 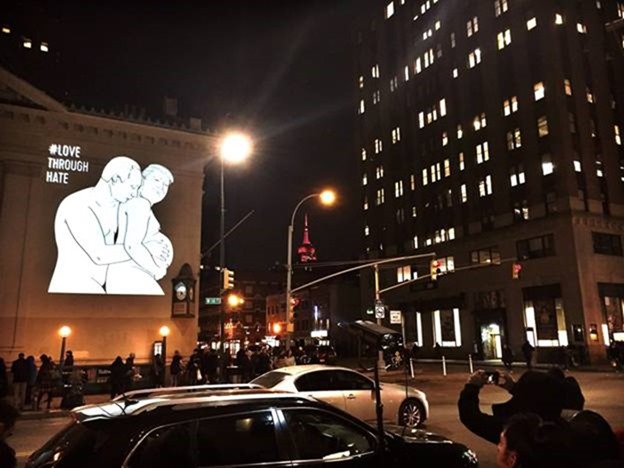 and yet another was exhibited in Brooklyn at Wythe and 6th Street. 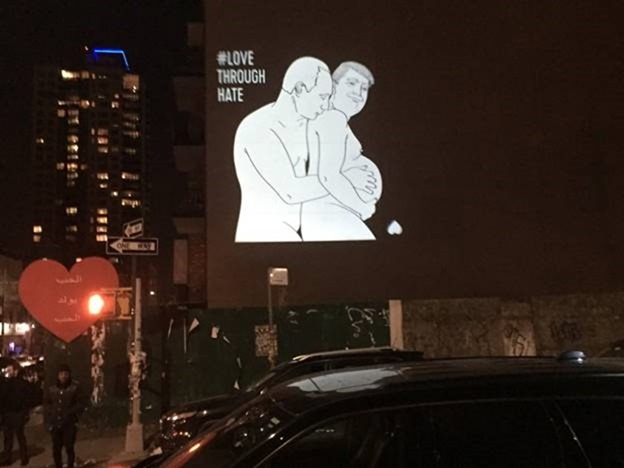