A Hispanic teen shared a picture on Facebook that shows several classmates holding a sign reading, “Put the Panic back in Hispanic.”

Another classmate was holding a Trump campaign “Make America Great Again” flag, and there was what appeared to be the mascot of their school on the far right. 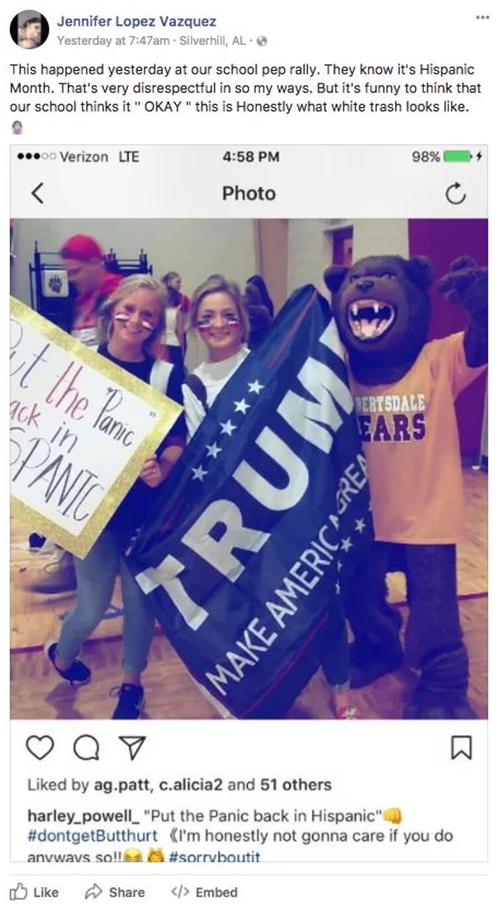 Jennifer Lopez Vazquez, who wrote the Facebook post, said the incident took place during a school pep rally and Hispanic month. She said it was extremely disrespectful and that the school thinks it was fine. She said it’s white trash like to do something like this.

There were many commenters on the post, with one saying the girls were white racists and shouldn’t be allowed in college.

After the post went viral, local newspapers picked it up and now the school administrators are looking into the incident and questioning the event.