American-backed military forces killed as many as 100 Russian mercenaries during an attack on a US-held base in Syria last week, according to a report on Tuesday. 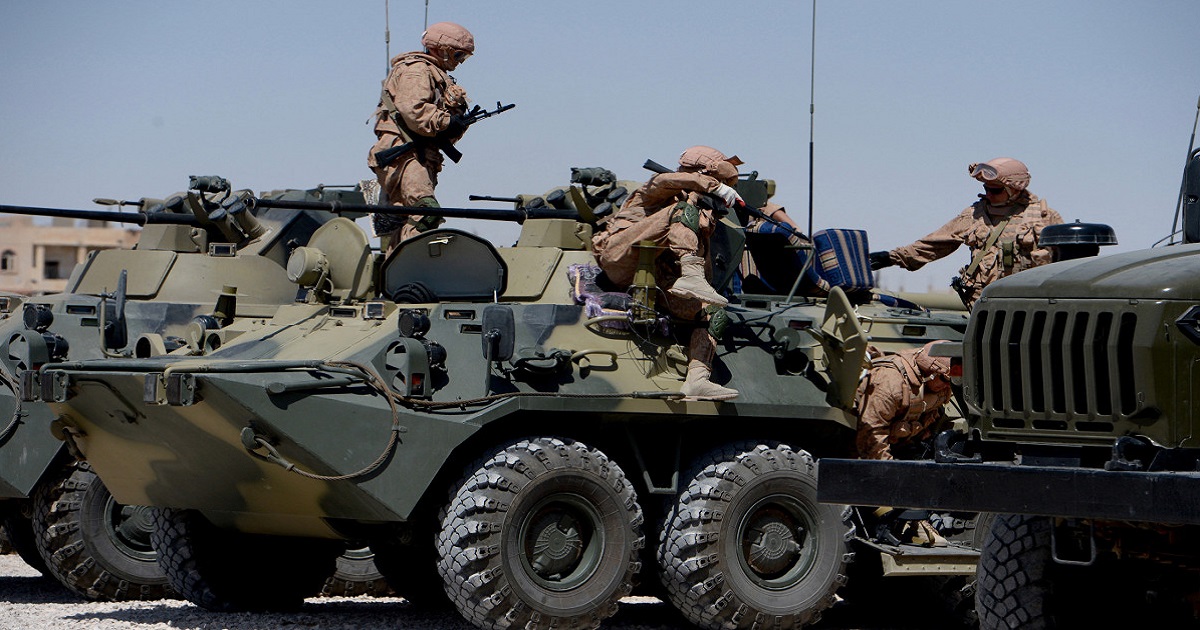 Scores of troops, mostly a mix of Russians and Ukrainians fighting on the side of Syrian strongman Bashar al-Assad, stormed the base held by the US and Kurdish forces in the Deir Ezzor region, Bloomberg News reported.

Two Russians told the website that 200 of their countrymen died in the failed assault, but a US official said the death toll was about 100 with another 200 to 300 wounded.

No US casualties were reported.

The clash is believed to be the deadliest incident between US and Russian citizens since the end of the Cold War.

The attack on the base in an oil refinery may have been a rogue operation by the Russian forces, highlighting the complex civil war in Syria that has involved a hodgepodge of fighters from the US, Russia, stateless Kurds, the Islamic State and local powers Iran, Turkey, and Israel, the report said.

Russia’s military denied any involvement and US Defense Secretary James Mattis described it as “perplexing” without elaborating.

Russian forces have been propping up Assad during the seven-year war and began backing his regime with troops and firepower in 2015.

The attack began last Wednesday when pro-Assad fighters approached in a “battalion-sized formation supported by artillery, tanks, multiple-launch rocket systems, and mortars,”Col. Thomas F. Veale, a spokesman for the US military, said in a statement to Bloomberg.

The US, which has advisers deployed alongside Syrian Democratic Forces, repelled the attack with a combination of aircraft and artillery fire.

“Coalition officials were in regular communication with Russian counterparts before, during and after the thwarted, unprovoked attack,” Veale said.

One of the Russians killed was Kirill Ananyev, his friend told CNN.

He said Ananyev had been fighting in Syria for more than a year and was killed when “American artillery smashed the Wagner unit.”

The Wagner Group is a shadowy private contractor similar to Academi – formerly known as Blackwater in the US – that is run by former Navy SEAL Erik Prince.

It’s unclear who was paying the contingent of Russians and Ukrainians, but reports in Russian media said Assad hired Wagner to hired by Assad or his allies, Bloomberg reported.