The recent mass shooting in Las Vegas in Nevada is one of the deadliest in the United States. During this time, many of the victims send text messages to their family and friends amidst the chaos. They tell them how much they loved them while some let their family and friend know they were safe. Some of these messages are now appearing online.

One Imgur user recently shared an exchange of messages with a friend who had gone to a country music concert in Vegas. The messages are a clear reminder that no one knows if it will the last time you will ever talk to your friend.

The Imgur user began the post with a message that reads, “Tell your friends you love them. I almost made a huge mistake.” Attached with the message was this picture that captioned, “What could have been the last message I ever sent to one of my best friends.” 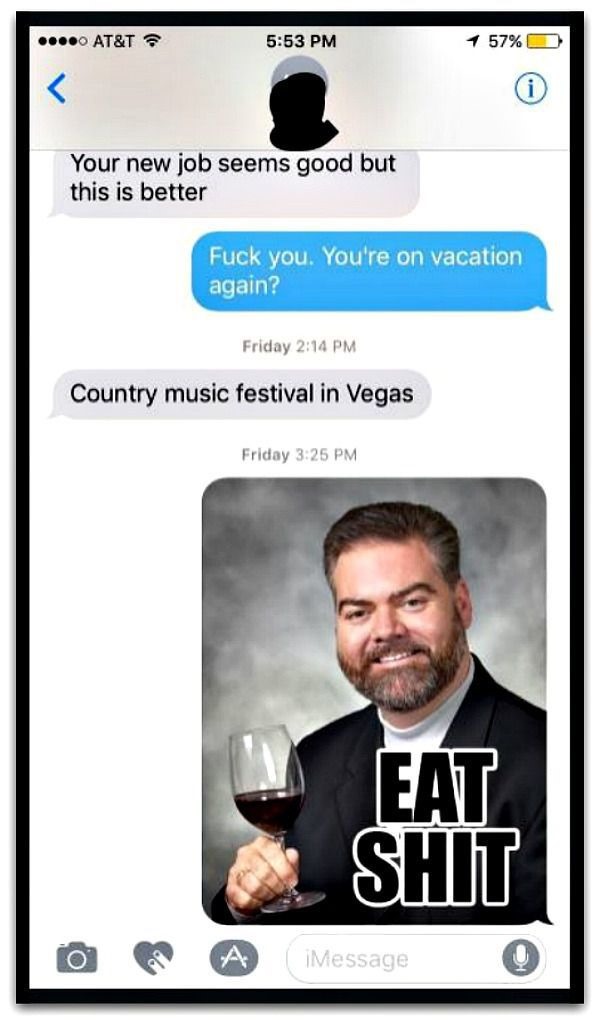 The caption of the Imgur user’s second post reads:

“I’m just so happy her and her husband are ok and I’m able to give her a hug tomorrow. Please just take a moment to tell your family and friends how much you love them today. I almost made one of the biggest mistakes of my life tryna be funny. Also, it took 20 minutes to get that return text about them being ok. I haven’t had a panic attack like that in years waiting to hear they were ok.” 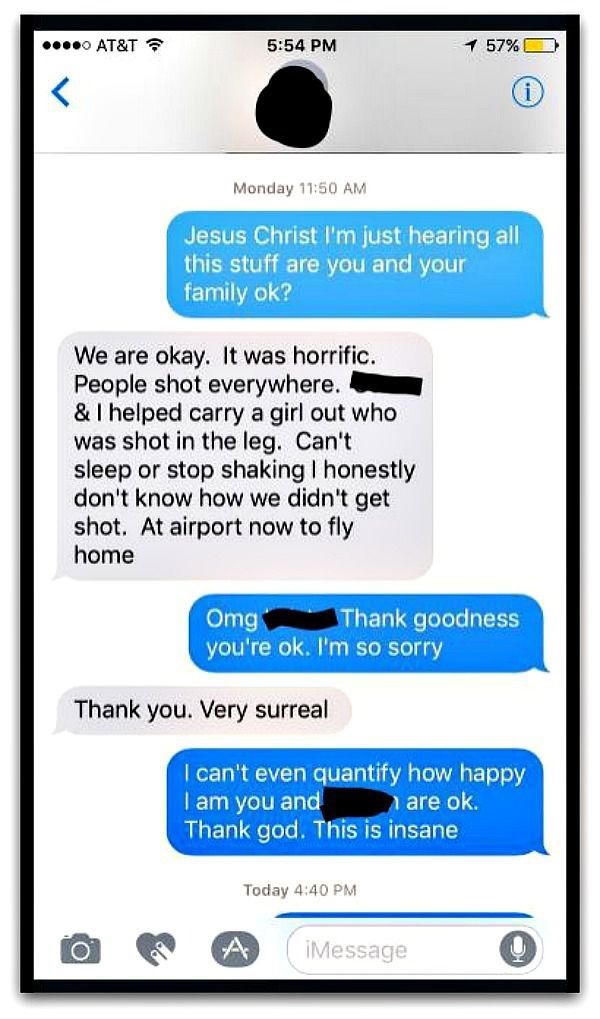 There are other terrifying stories that were revealed by people whose loved ones were at the same concert in Las Vegas.

Breaking Bad actor Dean Norris was filming a movie in London when he received a series of text messages from his sister who is in Vegas during the mass shooting. Norris said:

“It was a personal shock, I woke up and it was oh two people shot in Las Vegas, and then it was 20 and then it turned to 50. Then I get a text saying [from his sister], ‘We’re barricaded into some supply room,’ and I was like, wow!” 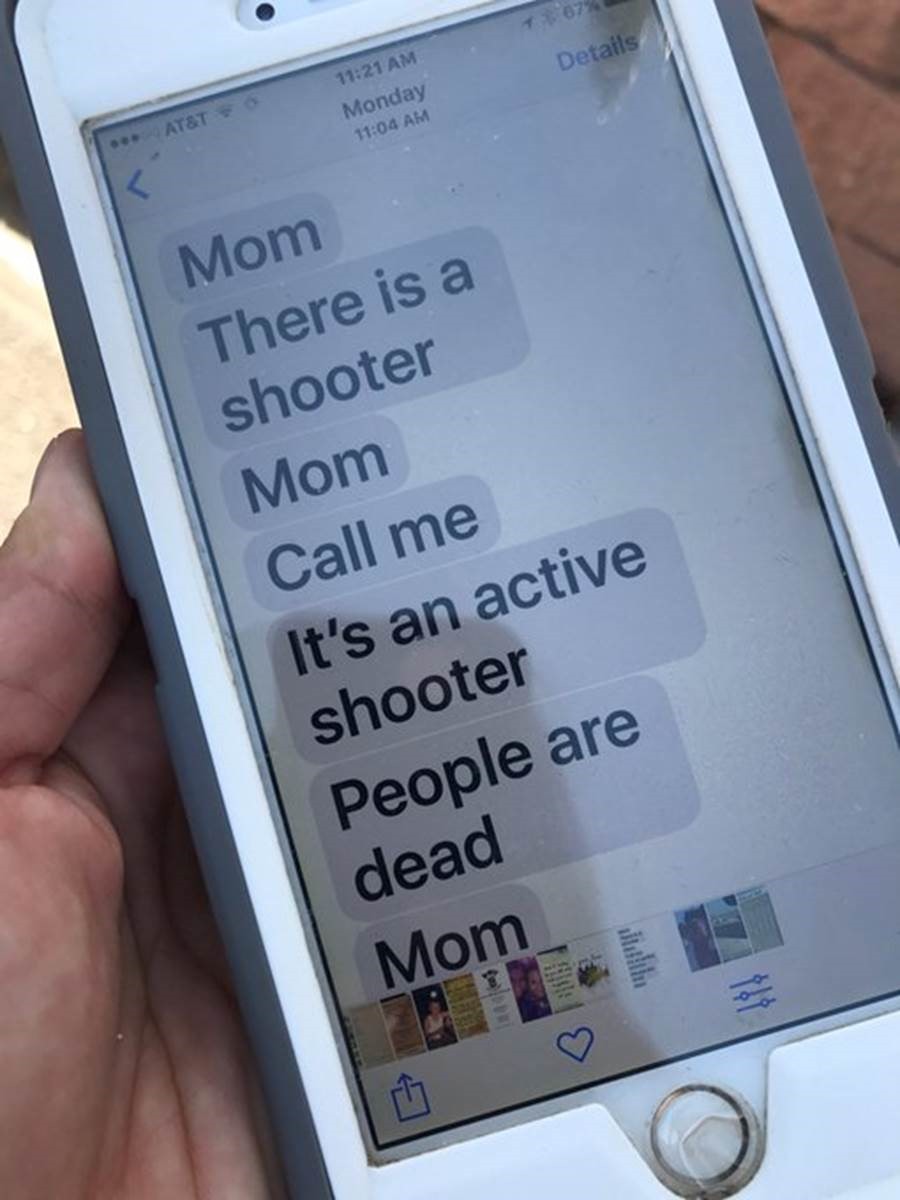 Meanwhile, Joseph Lambourne received the text message below from his wife, Jan, who happens to be at the concert as well during the shooting.

“I love you. I’ve [been] shot. I love [you] so much,” Jan wrote to Joseph. She currently in a stable condition. 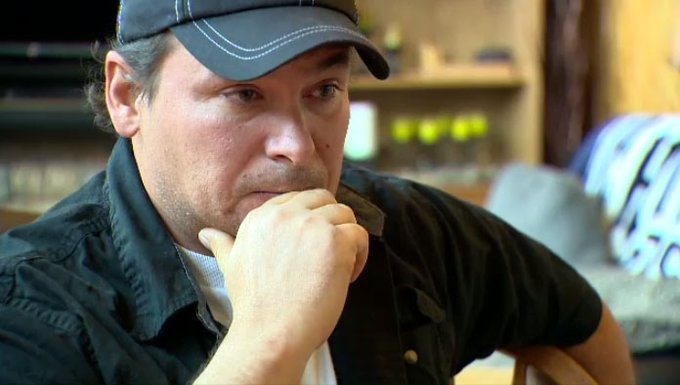 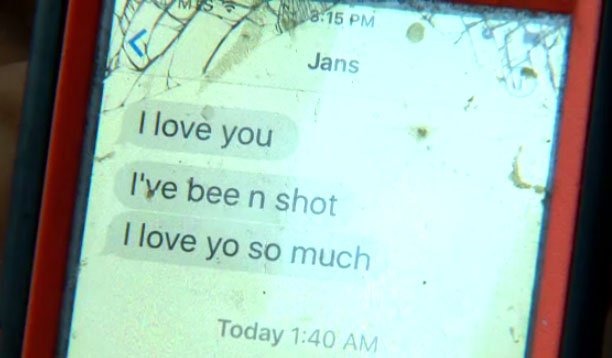 To J.C. Monticone, it is happening all over again. He said this was not the first time he received a shocking “active shooter” text message from Melissa Castruita, his fiancée.

Melissa first texted those words to J.C. during the 2015 San Bernardino shooting. At the time, she is working at the Inland Regional Center in San Bernadino, California. Just recently, she texting those same words – “active shooter” – to J.C. again.

Prior to that, she sent a message to her fiancé saying, “I’m so scared!! Do you hear that? They took Jason Aldean’s off stage.” 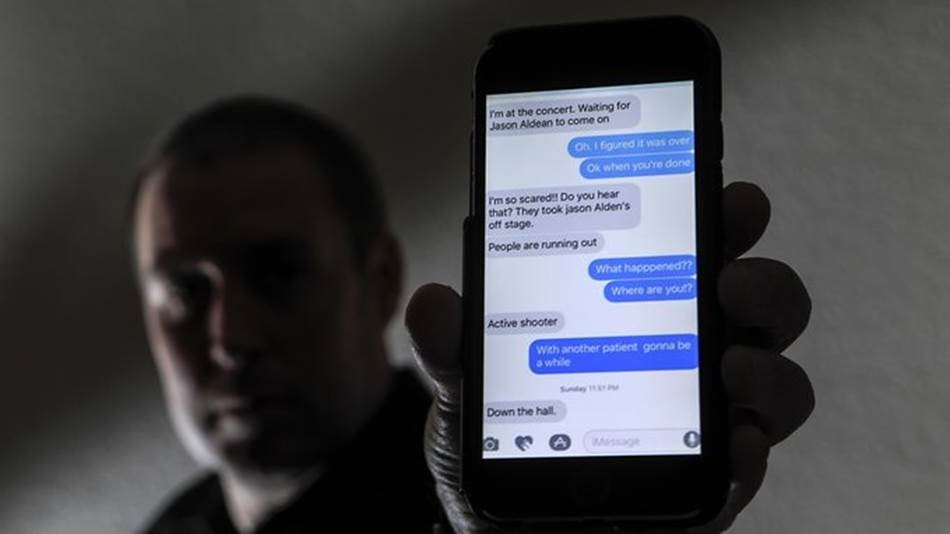 Being in one mass shooting is traumatic already. Much so in two.